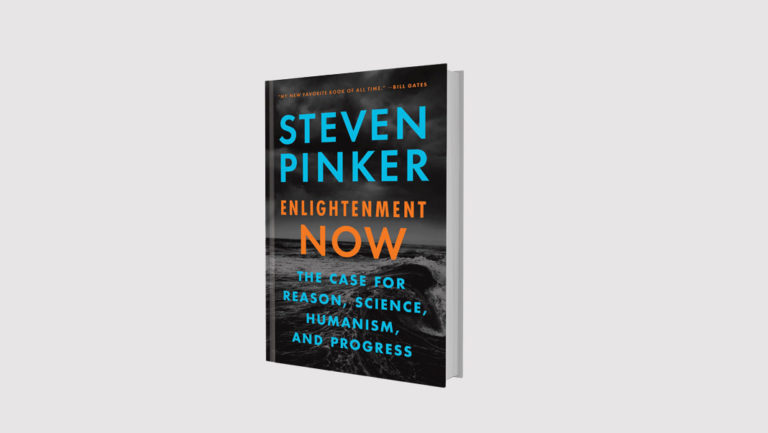 Harvard Psychology Professor Steven Pinker, in his new book, with data, demonstrates how much wealthier, safer, freer and richer we are than our forebears. Catastrophic famine has vanished from most of the world. War between the countries is obsolescent. Most of us live in a democracy. We are even getting smarter as global average IQ score rise by about three points every decade. The world is about 100 times wealthier than 200 years ago and, contrary to popular belief, its wealth is more evenly distributed. The share of people killed annually in wars is less than a quarter of that in the 1980s and half a percent of the toll in the second world war. During the 20th century Americans became 96% less likely to die in a car crash, 92% less likely to perish in a fire and 95% less likely to expire on the job.

Prof. Pinker argues that negative news is one reason why people consistently underestimate the progress humanity is making. He argues that to discern the true state of the world, we should use numbers and facts.

Many will find this bubbly optimism hard to swallow, like too much champagne. We may be materially richer, some will protest, but aren’t we less happy because we know that others have even more? We may have supercomputers in our pockets, but aren’t they causing an epidemic of loneliness among the young? And what about global warming or North Korea’s nuclear missiles?

IE&M Take
“It is a book about hope with a compelling story of progress and improvement using graphs and charts showing logically the changes that have occurred over time.”

Mr Pinker has answers for all these questions. In 45 out of 52 countries in the World Values Survey, happiness increased between 1981 and 2007. It rises roughly in line with absolute income per head, not relative income. Loneliness, at least among American students, appears to be declining. Global warming is a big threat, but not insurmountable. The number of nuclear weapons in the world has fallen by 85% since its peak.

The rise of populism challenges Mr Pinker’s thesis. Supporters of Donald Trump, Brexit and various authoritarian parties in Europe tend to believe that the old days were golden, that experts can’t be trusted and the institutions of liberal democracy are a conspiracy to enrich the elite. Some want to tear down these institutions and start again—which would at the very least interrupt the incremental progress that Mr Pinker champions.

Without downplaying the risks, he remains optimistic. The checks and balances that populists decry are reasonably effective in richer countries and will outlast the current crop of demagogues. Supporters of populism will become disillusioned, or will simply die off. Mr Pinker draws especial comfort from the decline of faith. Worldwide, although 59% of people are religious, that share has fallen from nearly 100% a century ago. As people grow richer, he argues, they abandon the crutch of belief and rely more on reason.

Pessimism has its place—it fosters caution. And the human instinct to focus on problems is sound—it means they often get fixed. Nonetheless, Mr. Pinker’s broad point is surely right. Things are not falling apart. Barring a cataclysmic asteroid strike or nuclear war, it is likely that they will continue to get better.

An insightful narrative presents detailed background information about each aspect of life and the world in general, such as health, wealth, peace, the environment, etc. It is a book about hope with a compelling story of progress and improvement using graphs and charts showing logically the changes that have occurred over time. Prof. Pinker’s this new book is attracting excellent reviews from the likes of Bill Gates and other eminent personalities.