Mr Modi, get out of the Commonwealth 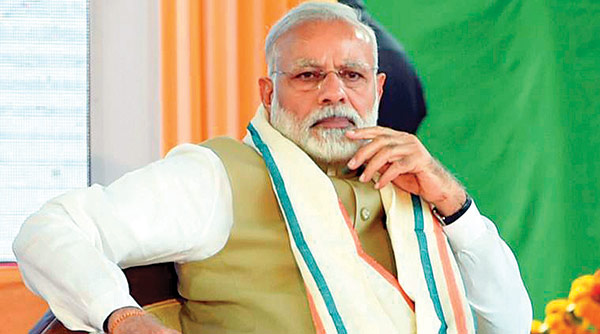 The central government has initiated so many programs on all fronts. It has also succeeded in its endeavor. Economic reforms take its own time, but social and political steps don’t. Now the time has come for the Narendra Modi government to take a very important political decision which will be welcomed by all right thinking people across the country. And that is – India should get out of the Commonwealth.

What is a Commonwealth? Commonwealth is a name for countries which were part of the British Empire before they became independent. For the uninitiated – after the British Empire crumbled, Australia, Canada, New Zealand, South Africa, India, Pakistan, Sri Lanka, and the United Kingdom adopted the 1949 London Declaration. This established that all members were free, independent, and equal to one another, and that “they recognized King George VI as the symbolic head” of their association, known as the Commonwealth of Nations. Other countries joined this Club and typically, joiners have a historical connection to Britain but in 1995, Mozambique, which was not part of the empire, became a member. To get in, applicants must demonstrate a commitment to democracy, including fair elections and representative legislatures, accept that intra-Commonwealth discussions happen in English, and acknowledge Queen Elizabeth II as their ceremonial leader. Participation in the Commonwealth is completely voluntary—any nation could opt out at any time. Members are supposed to commit themselves to the group’s ideals, but they don’t have any contractual obligations per se.

Commonwealth citizens have some special rights when living in the United Kingdom, more than what any old immigrant would get. An Indian citizen who resides anywhere in the United Kingdom—that’s England, Scotland, Northern Ireland, and Wales—has the right to vote in local and national elections. Right to vote in local elections should not be considered a privilege. Surely, it is a privilege that Indian enjoys as a citizen of the Commonwealth. But, today Indians face extremely high restrictions for visas in Britain, even tourist visas, and the situation has become progressively worse. Commonwealth Scholarship helps student to pursue their higher study in top universities of the world. But, new UK visa rules have an adverse impact on Indian students’ interest. British aid to India accounts for 0.04% of India’s GDP and it doesn’t have any impact at all on Indian economy.

Proclaiming itself as being a nationalist party it is time Mr Modi write a Thank You note to the Commonwealth secretary. India suffered a lot during colonial rule for almost 300 years. Its share in the world economy decreased from 25% to 0.4% at the time of independence. A large number of people lost their lives while fighting for independence. It will be a tribute to them.