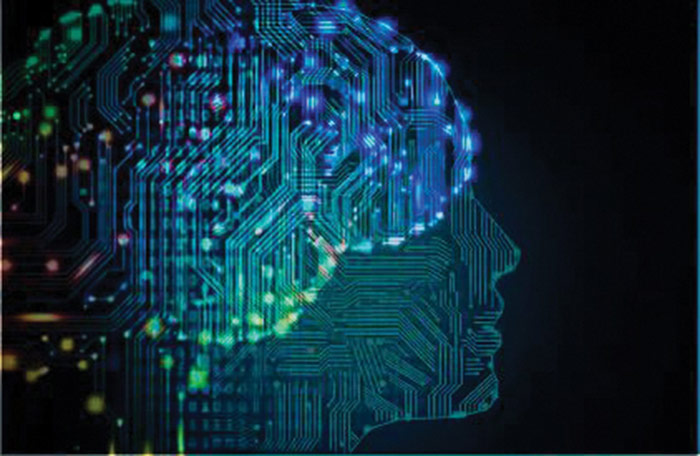 “Intellectual growth should commence at birth and cease only at death.” – Albert Einstein

Ancient Indian scriptures state that there are 8.4 mn
species of living beings, all of them enjoying or suffering the material world according to desires of the subtle mind and karma of the gross material body. The journey of the soul is always towards reaching higher consciousness level, to transcend the boundaries of this material universe. The same is true of societies and nations. A nation must strive for higher intellectual goals if it is to achieve global leadership and remain relevant in every possible way to successfully lead the future world that is dynamically changing every day.

The United States president, Mr Donald Trump, given he is a businessman and a politician first, following his electioneering slogan of making America great again, has imposed tariff barrier on steel and aluminium imports into the US. In order to penalise Chinese unfair trade practices, he is also expected to announce tariffs against Chinese imports worth $60 bn. In the same spirit and his administration’s protectionist stance, he enforced immigration restrictions on IT professionals earlier. In retaliation, China, that buys 60% of soybean commodity traded worldwide, mainly from the US, has signalled it might target this commodity for strong restrictive measures since the US is subsidising its farmers. The European Union too is ready to levy prohibitory tax on US tech giants like Facebook, Amazon, Apple and Google.

These state-driven economic onslaughts and counter-offensives are characteristically non-different from the wars of the past two millennia that were fought between the kings for territorial and resource control to satisfy physical needs of their masses. By resorting to such trade wars, which the US might win undoubtedly considering its economic and military stealth, Mr Trump could be taking the country backwards rather than preparing it to lead the world over the next few centuries. Because, these measures are essentially aimed at spending the energies in protecting the existing turf rather than developing the new strengths by growing the field wide and assuming leadership in its every aspect. These trade wars, which Mr Trump feels easy to win, can only protect low-end jobs in outdated steel and aluminium plants and thereby restrict growth of its own intellectual capital depriving itself development of new metallurgical technology and applications that would be needed by the US to hold and reinforce its numero uno position.

There is no wisdom in striving to sustain low-margin commodity business, on one hand, to stifle development of high-end future technologies. Instead, the larger issue which the Trump administration may focus on is China growing using the US intellectual property rights in IT, computing hardware and pharma industries which may significantly be impacting the trade deficit as well as taking market share away from the US corporations and threatening their market domination.

In a short span of about 100 years, the US has grown to be a world leader in every sphere of social and technological advancement mainly due to its focus on research and innovation that is possible only when people are free to pursue their passion and higher intellectual goals. The US has attracted many talented immigrants with a dream, who have grown individually, but also contributed enormously for the nation to be and remain a super-power.

If commodities such as steel and aluminium can be produced cheaper elsewhere, let them because they have abundant labour and a need to provide basic necessities to those masses. They could become further competitive if the source of their livelihood is at stake. On the other hand, the US, and its citizens as a community, have grown to be at an advanced intelligence level and must not be deprived of their zeal for innovation to develop technological solutions that would be needed by the humankind in the future. Similarly, restrictive immigration policy may starve the US of necessary scientific talent from global pool and slow down its enviable technological progress of the last century. That would be the biggest blunder Trump presidency would not wish the nation to plunge into.

Over the last three decades, knowledge-based industries have overtaken old economy businesses worldwide with US leading this transformation and changing the way the world does everything. The new-age industrial revolution calls for ever increasing attention and deployment of resources on developing intellectual capabilities since the rate of failure and obsolescence in such industries is very high. Thickly populated countries may concentrate on labour intensive industries while less populous and inventive US must seek to emphasise, nurture and grow knowledge-based industries. America must remain standing on this foundation that has granted it world domination in the twentieth century.

blockchain technologies, IoT are the areas where the US leadership must focus with all available vigour to gain first-mover advantages including setting international standards and regulatory framework for the same. No American will feel their country great again if they came second and were to follow Chinese standards in the 21st century. Today, just top-5 US tech companies (Apple, Facebook, Google, Microsoft, Netflix) command a market capitalisation equivalent to half of China’s annual gross domestic product. The accompanying tremors, of being second to China in emerging technologies, could shake the very foundations of economic might the US is currently standing on and lose the global reserve status of its currency. No president would wish to go in history books for making such a disastrous choice that would diminish US’s role in institutions that govern the world affairs.

Silicon Valley encourages innovators in Design Thinking based new entrepreneurial model which calls for identifying and solving a world problem without worrying for the financial business model. This is 360 degrees away from the current thinking of tariffs and restrictions, and by design ignore the national boundaries, because such tech-innovators think in terms of world as one market in the digital age. At the core is the solution that an enterprise is offering, may be free initially, and business model developing as it gains market acceptance. It may even take a few years as in the case of Whatsapp. If the US leadership, looking at the problems of the past (reviving old factories) through the narrow key-hole perspective would miss out on the larger picture of nurturing new-age technologies that may bloom elsewhere taking prosperity and power away from Americans.

To make America great again, the right path would be to create a roadmap for countrymen to go past the satisfaction of physical needs and beyond the level of mind; what our oriental spiritual leaders call an awakened mind to experience supernatural capabilities of the human mind. Let more scientific talent flow and grow in the land of innovation capital of the world.

Any time, it is better and blissful for the country to have thousands of Steve Jobs, Bill Gates, Elon Musk, Jeff Bezos because they would be needed and much desirable rather than thousands of fat workers in old steel plants or depression-fed students killing other innocents and themselves.

Hope Mr President makes a right choice, enhancing the prosperity and power in the hands of Americans, and truly make America great again.