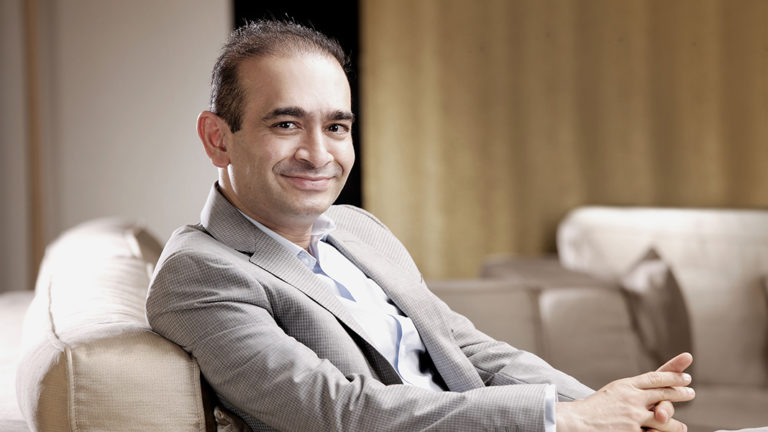 Loan scams breed parasitic corporate robber barons who grow in size and business areas to control financial resources of a nation that stifle its industrial, economic and community development. The government must stop this loan-scams business to mega-corps and direct them to tap the bond markets instead and channelize optimum financial resources only for building infrastructure projects like metro railway, airports, highways and others that must be measured on different prudential norms than those required under current commercial banking guidelines because such projects have a long gestation period and their cashflows start only after these are fully commissioned and opened for commercial operations.

In the current corporate loan market set up, that is inherently inferior and weak and therefore much abused – there are tonnes of evidences – there is no differentiation in borrower credentials, quality that is based on hard facts of the past track record and future earnings potential. All that is required for giving and getting loans is a friendly phone call from some higher-ups in the administration and there is more than one lending bank to a mega-corp. It is assumed the banks’ risk is automatically diversified by agreeing to consortium lending. What in fact it does is that the management can take recourse to this argument to absolve itself of any wrong-doing, as in the case of ICICI Bank-Videocon fracas the bank management has repeatedly taken recourse to this main line of defense, that it was “only a part of consortium lending.” The reluctance to adopt business ethics is often on account of the bank’s relying on a few big customers and/or some influential people in the administration.

Practically, at such internal bank committees, there is no difference between Reliance Industries or Videocon and Essar. Likewise, internal rating could be within a small range for an L&T, Jaypee Infra, Valecha Engineering; Indian Hotels, Titan and Gitanjali Gems could be getting bank loans almost at the same rates. The difference between the management quality and ability to repay is visible only when it strikes very hard on the lender’s capital. Banks are generally found to be unable to find the difference between a good and a bad borrower. And sadly, when bad borrowers don’t turn up, the banks become bad, in the eyes of all – staff, shareholders, depositors, general public and the government.

When large corporates are forced only to tap the bond markets for their capital requirements, market determined price discovery based on highest credentials will be obtained. That will separate wheat from chaff; lion from wolves. Reliance could get money at 6% annual coupon while an Essar or a Videocon may not get money even at 16%. This is the only way to create vibrant secondary markets for high grade and high yield bonds, as the Finance Minister Arun Jaitley said in his 2018 budget speech that the government would nudge large corporates to tap bond markets for their credit needs. Investors have free choice to invest with both their eyes open. Those opting for high yields might have to settle with hair-cut instead. Unlike the current system of loans, depositors are forced to take exposure on a borrower company which they may or may not like to lend money to.

In the dynamic and vibrant bond market, thus created, proactive alert lenders could be free to dump bonds in default which option bankers deny themselves if it is given as a loan. In a loan, both the lender and borrower are wedded to each other; till the borrower ditches the bank. Bank does not have any other option but the compulsion to put lipstick on the pigs, evergreening the same by giving new loans, throwing more good money after bad. The current loan system and bank official transfer policy provide ground for unaccountability among incompetent corrupt bankers.

The loans could be restricted only to MSMEs based on their revenue and EBITDA and their working capital limits could be linked to the GST Network for efficient inventory monitoring to avoid granting loans against fictitious inventories. No corporate layering be allowed for large asset purchases/corporate acquisitions through loans. For all such deals, which take the company from lower orbit to higher, they must take recourse only to the bond markets.

The government has started building that eco-system by allowing number of small finance banks recently while at the same time putting large public banks under prompt corrective action (PCA).

In the journey from Loan-Scam Market to Bond Street, the nation can achieve efficient resource allocation and avoid creating too-big-to-fail borrowers. It will remove the burden from the government for perpetual bank capitalization. As volumes in bond markets rise, it will also create new jobs in stock exchanges, depositories, rating agencies. Investors buying junk bonds may blame themselves (automatic haircut) and no media blemish on the government.

(DISCLAIMER: Views expressed above are the author’s own.)

(MA, MBA) is an independent market strategist and investment professional on devising multi-asset class market strategies and also advises on branding and corporate strategy. He uses proprietary trading tools in formulation of investment strategies using macro-economics, fundamental and technical analysis. He is also involved with a large social infrastructure project. He has wide academic knowledge in behavioral psychology, economics and financial markets and professional wisdom acquired over 29 years working in various capacities with well-known institutions, including UTI, SHCIL, The Economic Times and Mumbai-based stock brokerages heading research and market strategy. His periodic reports have been accessed by US Federal Reserve, has been interviewed by business channels and his views and articles have appeared in local and foreign media. He led an analyst team at a Mumbai brokerage to win ET-NOW StarmineThomsonReuters Awards and ZEE Business Awards 2009. A guest faculty at leading management institutes, he is widely travelled and visited several factories across diverse industries. Authored book titled Market Myths; MacMillan Publishers India (May 2011).Author can be reached at [email protected]mail.com