My Hero was born this month 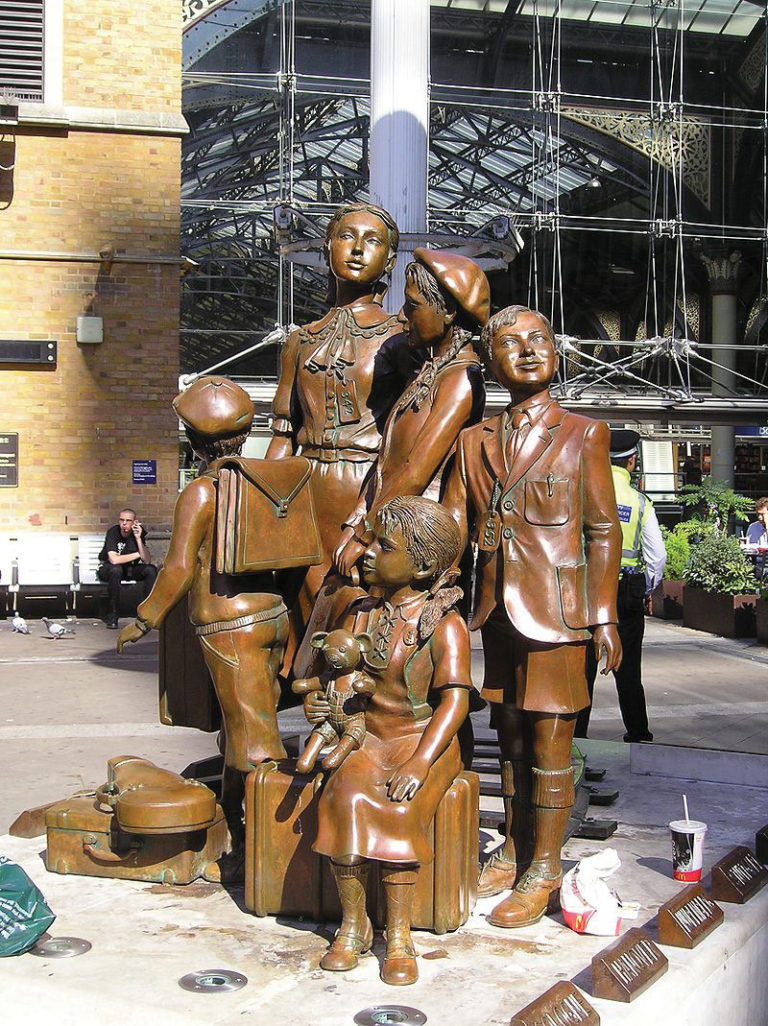 At times, we all worry about the people we are close to but we also get depressed and mentally shattered when we lose someone we have never met. People we know from the newspaper pages, television screen and history books, not necessarily only those who have been successful in their life. Unfortunately, the whole world worships false Gods. In the history of time immemorial heroes have always been in fact the few and even those are unknown to a larger population of the world. The man lovingly called the British Schindler and the much-honored creator of the Czech Kindertransport Sir Nicholas Winton was one of them. He is my hero and he is an immortal soul. He was born on May 19, 1909, in Hampstead, UK and died at 106 in 2015. His heroic deeds are absolutely unmatched. Those who know who he was will doubtless keep his memory alive. And as they say, that’s the thing about heroes. And I celebrate the month of May because my hero was born this month.

I was unaware about his existence like the whole world was during my Madras days when I was deeply immersed reading the making of World War I and II. I’ve a list in my diary the name of the books I read and it’s really a long list – 43 to be accurate. I was very fortunate to meet some people who provided me all those materials, the books, the pamphlets, the handwritten diaries. It was early 1980s and my hero was living a quiet life, a common man. No one knew him except his friends and relatives. The books I read only talked about the great rescue operation – Kindertransport. It was in 1988 when the world came to know the man behind the mission. I immediately fell in love with this great man. And you’ll too, dear readers, when you read this piece.

When Winton was just a 29-year-old English stockbroker, he helped organize the rescue of 669 Jewish children from Czechoslovakia at the dawn of Second World War (from January 1939 to the outbreak of war at the beginning of September the same year). His personal efforts to transport the children via train from Prague to Britain had been kept secret for decades.

In fact, three months after the Nazis seized the Sudetenland, he was on a visit to Czechoslovakia in December 1938, when a friend took him to see the refugee camps where thousands of displaced people, mostly Jewish, shivered in makeshift tents. Winton saw that nothing was being done specifically for the children. So, on his return to London, he set about organizing an operation to bring to Britain those Czech children. It was not easy getting the Home Office and bureaucracy on his wavelength. But with the support of religious organizations and charities he did the unthinkable. He secured money, organized travel documents and transport and did all this from his small flat in the evenings after work. History pages report that in all, his rescue mission “saved the lives of 669 children, most of whose families later perished in the Holocaust.” Several of the children he saved grew up to have prominent careers, including filmmaker KarelReisz, British politician Alf Dubs and Canadian journalist Joe Schlesinger.

For those who may not know of the Kindertransport, it was a major effort to get children out of Germany, Czechoslovakia and other countries and into Britain. Parents had to give up their children to strangers, hoping for the best. After Great Britain agreed to accept Jewish children more than 11,000 children from Germany, Austria and Czechoslovakia streamed into Britain with help from five groups and thus they were saved from Nazi fires that extinguished the lives of six million Jewish people, including one million children.

After the war, life moved on and Winton forgot all about it. The one thing he didn’t do was talk about his Kindertransport episode as he didn’t believe in dwelling on the past. But one day in the late 1980s, his wife Grete was clearing out the attic and came across the battered old scrapbook containing the many letters, documents and children’s photos relating to his rescue mission. Winton wanted to throw it out, but Grete gave it all to Betty Maxwell, the wife of newspaper magnate Robert Maxwell and in 1988 an article was published, and immediately after that Esther Rantzen featured Winton, along with many of his rescued kinder, on her BBC TV program “That’s Life!”

Thus, after several years Nicholas was reborn as the public figure the whole world fell in love with. He began to be showered with awards, medals, honours. I still remember the hysteria the news created during that time. In 2003 he became Sir Nicholas Winton when he was finally knighted for what he had done 64 years earlier. A film about his heroism, “Nicholas Winton — The Power of Good,” won an International Emmy Award in 2002. A statue of Winton stands at Prague’s central station, while a statue commemorating the children of the Kindertransport is a popular sight at London’s Liverpool Street Station.

Sir Winton always avoided talking about what he did and once, when asked to speak about the Holocaust, he said: “Why do we keep going on about the Holocaust and the war? We never learn from the past. It would be better to move on and focus on the teaching of ethics, because they are sadly missing from public life today.” Sir Nicholas Winton was so humble that he often remarked that “it was a nonsense to have achieved such fame for an act that took a mere nine months of my century on earth. The whole Kindertransport story was just a fleeting episode, buried in the distant past.” He also hated to be called the British Schindler, claiming that he had done nothing heroic or courageous, and unlike Schindler, he had not put his own life at risk.

He was a very interesting man with his independent thinking. He never believed in myths, for instance, he once said that ‘longevity had nothing to do with having a positive approach to life because he was always predicting some impending political or economic disaster, so if negativity had anything to do with it, I’d have been dead long ago’. When someone inquired about the secret to his longevity his reply was to “live as you enjoy living and do what you feel like doing”. Born to parents of German Jewish descent, Winton himself was raised as a Christian. He was not against any religion but felt too many people used religion as an excuse for making trouble. Something that I too believe and advocate.

Long back, I saw a documentary “Into the Arms of Strangers” (courtesy British Library, Mumbai; they have now stopped lending CDs) produced with the cooperation of the United States Holocaust Museum which chronicles kinder transport which saved the lives of 10,000 Jewish children. They were placed in foster homes and hostels. Narrated by Dame Judi Dench and directed by Mark Jonathan Harris, this documentary is the best document we have about the human side of Second World War. Those rescued children (in their 70s and 80s) recall the haunting stories of an unimaginable grief and the trauma of being suddenly torn from their parents. Just read these lines narrated by one interviewee who was in her 80s when the documentary was shot –

“I still have dreams……and certain things come back.
I don’t know what age I am, but life is quite normal.
Whatever we’re doing is an everyday happening.
And this is when I wake up.
And as old as I am, I’m still sobbing.”

And before I sign off I must remind the role of the great superpower America, which is considered to be the most independent and liberal society and a friend to the Jews community. When some concerned people like Winton tried to get America involved and wrote to a lot of the senators they promptly got answers saying how concerned they were and how they wanted to do anything. Even a congressional bill to admit 20,000 child refugees was to be introduced but the idea itself died in committee. One of the arguments against the bill was that “accepting children without their parents was contrary to the laws of God.” How ironic that religion again was used as a silly excuse and justification.

In November 2016 a report was released by the United Nations which states that there are roughly “10 million people worldwide who lack a nationality and the human rights protections that go with it.” U.N.’s refugee agency, UNHCR, also signaled its desire to end the problem of statelessness within the next 10 years. The report says that the reasons for why someone is born stateless are legion – wars and unrest like Syria, and Iraq; ethnic or religious discrimination that lead to denial of citizenship rights as is the case for the Rohingya Muslims of Burma. The agency estimates that a third of all stateless people are children and that a child is born stateless every 10 minutes. It only proves that the situations are grave. And the sad part is unfortunately we have no genuine hero.