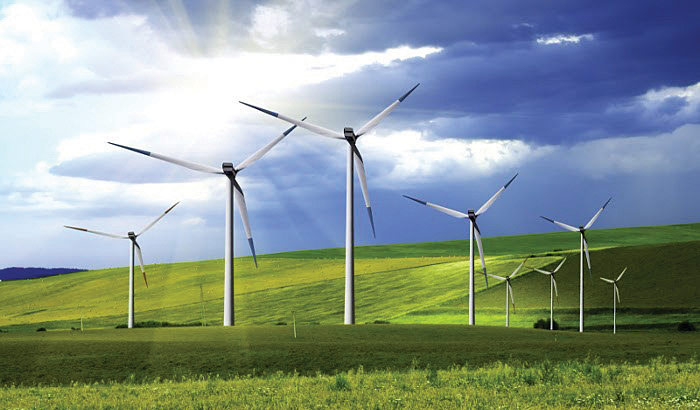 Road Infrastructure has seen a huge push from the government, right after Narendra Modi took over. FY18 was a very encouraging year for the sector and with increased allocation it is certain that the same momentum shall continue in FY19 also. An order flow from NHAI has filled the order books of all the mega players to the lifetime highs and they don’t have to scout for orders in the near future. At the same time order flow from Ministry of Road Transport and Highways (MORTH) and State Governments has also started picking up.

The whole sector is seeing huge tailwinds. Players, like DilipBuildcon, are ruling the roost. The best part about this order flow is that orders are taken up by the players who have the balance sheet strength and execution capability to deliver these orders. Order books are pumped up, strong growth and robust earnings to follow.

The consolidation was aimed at enabling the company to better leverage the combined synergies of the entities, enhancement of the net worth of the combined business to capitalize on future growth potential, a more optimal utilization of resources, reducing operating and compliance cost and achieving operational and managerial efficiency. Infrastructure business remains the core focus of the company. Besides, the company also holds investments in two of its subsidiaries: Welspun Natural Resources Private Limited, which represents the group’s interests in the oil and gas exploration business. The company owns a 35% stake in AdaniWelspun Exploration Limited, a joint venture with the Adani group. Welspun Energy Private Limited is one of the leading renewable energy companies in India, with a presence in the solar and wind energy sectors.

Welspun Enterprises is a single model HAM focused road developer and only takes up road projects in the HAM space that requires some technical expertise. Company generally avoids vanilla road projects as they offer a lower IRR where the company has made a conscious call to aim for the higher IRR on every project taken and hence maintain the niche going forward.

The company is spearheaded by Sandeep Garg who has more than 30 years’ experience in Infrastructure and Oil & Gas. Apparently he also holds 0.81% (approximately 12 lakh shares) of company’s equity, which shows the confidence he has in his company going forward.

Strong Balance Sheet: As on 31st December 2017 the company holds cash & cash equivalents of `916.10 crore with negligible debt. Such availability of cash at disposal allows the company to take on big orders with ease and comfort, which decreases the overrun costs due to shortage of finance.

Order Book: Company currently boasts an order book of around `4100 crore. It has bagged 4 HAM projects in FY18 in addition to the existing HAM projects. This order book is to be executed in next 2-3 years which will ensure robust growth in numbers and profitability going forward.

Execution Capabilities: Company executed one of the most prestigious HAM projects of the country, i.e. Delhi-Meerut Expressway at a rapid pace and well ahead of the time given by NHAI and the same has been appreciated by NHAI through a letter. This makes Welspun a prominent developer for NHAI. The company will also reap some monetary bonus awards on early completion of the said project. Other than this initiative like Vertical Garden on the whole bridge, electrification through solar power was much appreciated.

Asset Light Business Model: Welspun operates on an Asset light business model where it is the “Developer” to the project and provides financial and technical hand in the project and the company hires a “Contractor” for the construction of the road. All these contractors are the top-rated road construction companies in the country with whom in collaboration company executes the order book.

Road construction business structure becoming linear: After the government opting for a HAM model for road construction, the business has become much more cost effective and rational for players. The government bears 40% of the project cost and the remaining is arranged by concessionaire for financial closure wherein the developer infuses equity to the tune of 10-15% and the balance amount is raised by debt. This model enables the developer to execute projects without having to commit a lot of financial requirements and is also assured of annuity payments till the end of the concession period. Besides, the competition, under this segment, is lesser as compared to the typical BOT Model.

Strong Management Team: The company boasts the backing of Welspun group which is amongst the top conglomerates of India. Promoters B.K. Goenka and Rajesh Mandawewala bring a lot of experience with them and they are known to grow and expand their businesses and become leaders in the sectors they enter.

Given all the above points, along with huge cash on the books, the company provides a decent margin of safety for the investor. We strongly believe that it is a solid case of “my biggest position is that where I won’t make the most money but rather where I won’t lose big money”. Certainly, in the coming years, Welspun can become a significant road infra player in the country.

If the company defaults on the execution of the projects, which is very unlikely, it will create a huge problem.