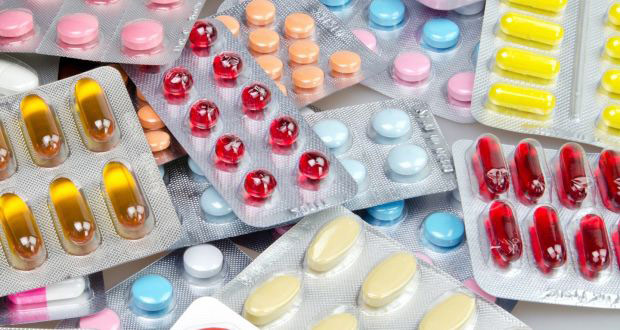 I have purchased 2000 shares of Gufic BioSciences at Rs73 when Indian Economy & Market published an analysis in the issue of July 2017. I must first congratulate your team for this mind boggling achievement. I regret not buying more at that time since I was very apprehensive about your recommendation. Right now I’m making about 90% profit in just nine months. Should I hold or sell those shares? Raj T. Waghmare, Ratnagiri, Maharashtra

The company has been in the Pharmaceutical industry since 1970 and well known for innovative and high quality pharmaceutical and herbal products along with a wide range of APIs. It is one of the largest manufacturers of Lyophilized injections in India and has a fully automated lyophilization plant. The product portfolio includes Antibiotic, Antifungal, Cardiac, Infertility, Antiviral and proton-pump inhibitor segments. You are advised to hold half of the shares and sell the rest to make a decent profit.

I bought 1000 shares of L&T Finance Holdings Ltd (LTFH), a year back @130/-. Please let me know about the future of this company and whether I should remain invested. Please guide me what should I do in the present scenario. – Shiv Kumar, Bengaluru

L&T Finance Holdings Ltd (LTFH), promoted by L&T Ltd. (64.2%) is a leading NBFC with a diversified lending portfolio. Supported by healthy loan growth and improvement in asset quality the company has reported a 28% jump in its fiscal fourth quarter consolidated net profit at Rs406 crore. The Board of Directors declared a final dividend of Rs1 per share of the face value of Rs10 each. Total income for the quarter grew to Rs1,440 crore, 32% higher from the previous year. On a full year basis, the NII grew significantly by 26.4% yoy to Rs. 4,695 crore vs Rs. 3,713 crore in FY17. Further, the interest income grew by 20% yoy to Rs. 10,021 crore vs Rs. 8,341 crore in FY17. Loans grew to Rs83,654 crore as on 31 March from Rs66,648 crore a year ago. Within the total book, rural and housing finance grew 64% and 51%, respectively. LTFH also reported a fall in gross non-performing assets (NPAs) ratio to 4.80% at the end of March from 5.49% a quarter ago.

In the last two years the management has been very active in restructuring its business model. Now the company is focusing on selective segments where it has a competitive advantage, simultaneously downsizing some products which were making losses. The company underwent a restructure at the beginning of FY17, when the new management focused on five products – retail, housing and wholesale loans, investment and wealth management services. Since then LTFH set a target of ROE 18% to be achieved by 2020. LTFH’s loans & advances are increasing steadily and reported a 26% rise at the end of 9M FY18. A Major portion of the advances comprises of wholesale loan, followed by housing loans and retail loans. In the midst of rising loan disbursements also, there is great focus on maintaining asset quality. LTFH recently raised capital of Rs 3,000 crore, which will keep the company’s required CAR intact. The additional capital infusion will help in developing its lending business in the coming years which is already growing at a level of 20%. Rs 2,000 crore came from the parent and Rs 1000 crore from institutional investors. Our suggestion is you should hold the stock. However, since you have made a substantial profit, you can sell some and re-enter if there are opportunity.

I have 1500 shares of DLF Ltd. since a very long time and wish to change over to some other real estate company. I’m a long term investor and have certainly made money, but I don’t find anything exciting happening at this counter as well as on the company front. Can you please let me know the latest development, if any? – Anand Gopal Shrivastav, Gurugram

DLF’s net debt currently stands around Rs5,500 crore, following the formation of its recent joint venture with Singapore’s sovereign wealth fund, GIC. The company has repaid some bank loans and transferred a substantial part of the debt to the joint venture. Now, as part of its objective to become debt free DLF plans to launch a Qualified Institutional Placement (QIP) in June to raise Rs4,000-4,500 crore through sale of shares to institutional investors. The company plans to issue upto 17.3 crore shares. The company will utilise the funds raised through the QIP to repay its loan and become debt free by March 2019. DLF will also begin construction work on 7 mn.sq.ft. Residential project in central Delhi, an equal venture with GIC Pte, which last year acquired the company’s rental portfolio for $1.4 billion from its founders. And also on 11.76-acre plot at Gurugram and a 5.56 acre parcel in the southern city of Chennai, which will be used to develop commercial properties. The company is expanding into the cities of Chennai, Hyderabad and Goa to reduce dependence on the National Capital Region (NCR), or cluster of cities around Delhi. DLF’s JV with GIC is projected to add 20mn sq.ft. over the next 7-10 years to its present assets of 27mn sq.ft. For Q3FY18, DLF Ltd’s revenue declined by 17.7% yoy to Rs1,693.72 crore as against Rs2,057.92 crore in Q3FY17. The company’s EBITDA margin has decreased by 513bps yoy to 41.4% as against 46.5%. The company’s EBITDA decreased by 26.8% yoy to Rs701.29 crore. As you admit that you already have made enough money, it is advised to hold it for another three quarters and decide after June 19 result as things will change after March 19 when the company is debt free.

I want to buy 1000 shares of NOCIL Ltd. I’ve come across several suggestions and tips regarding this stock and want to know your suggestion. – Gangadharrao M, Pune, Maharashtra