“If You Want Your Life to Be Simple, Don’t Be a Leader” 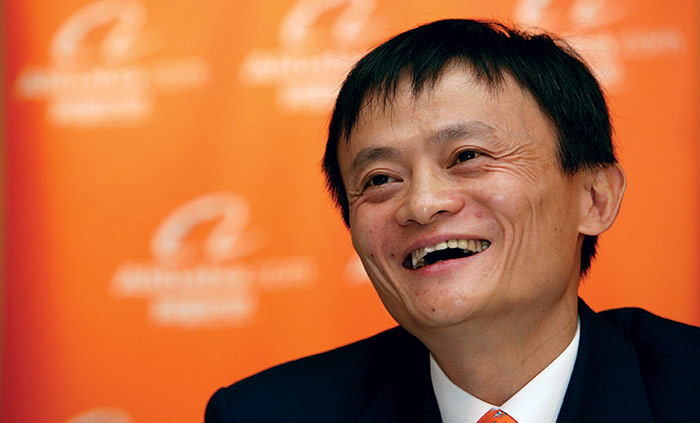 Jack Ma, chairman of the world’s largest retailer Alibaba, had a lot of failure. He failed three times for the middle schools and even for three years he tried, and failed in the universities. Yet he had a firm belief in “Today is hard. Tomorrow will be worse. But the day after that will be beautiful.”

Jack Ma has many times shared his long history of personal failures. He urges people to learn from their mistakes and never give up.

He says: “I had a lot of failure. I failed for, funny things that I failed in, a key primary school test for two times. I failed three times for the middle schools. You know, for three years I tried, failed in the universities. So I applied jobs for thirty times, got rejected. I went for the police, they said, ‘No you’re not good.’ I went to even the KFC, when KFC came to China, came to our city, people went for the job. Twenty-three people accepted. I was the only one who got rejected. We went for police, five people, four of them accepted. I was the only guy they did not proceed with. So to me, being turned down, rejected — oh by the way, I told you that I applied for Harvard, ten times, rejected. I knew I’d be rejected, I just wanted to see.”

He says: “I think we have to get used to it. We’re not that good. Even today we still have a lot of people reject us. I don’t think in this world, there are a lot people being rejected more than thirty times. If we, the only thing, we never give up. The only thing, we’re like Forrest Gump, we keep on fighting. We keep on changing ourselves. We don’t complain. Whether you are successful or not successful I found that when people, when they finish the job, if they make the mistake or they fail, if they always complain about the others, this guy will never come back. If the guy only checks himself, yeah, something wrong with me here, something wrong with me there. This guy has hope.”

Ma has spoken about the three types of IQ we need as a leader–IQ and EQ, which are well known, but also LQ, which is the love quotient. He says “You have to genuinely love your team and what you’re working towards together, because as you grow and the world gets more intense, there needs to be a larger purpose than just what’s happening in your office day to day. And on a really practical level, you have to love your team because their lives are in your hands. On many occasions over the last eight years, I’ve had people say, “Aren’t you in charge? Why can’t you make your own schedule?” And I’ve always joked that “being a leader is the exact opposite of that. It’s actually being the humble servant to the talent, to make sure they get what they need and you understand where they need to go.”

On the role of a leader he says: “If you want your life to be simple, you shouldn’t be a leader. My scale is much smaller, but the pressure is still there. The second anything goes wrong, I have to fix it, whether it’s 6 a.m. on a Wednesday, a Sunday, or during my best friend’s birthday party.”

And when it comes to solving really hard problems, Ma has a famous quote: “Today is hard. Tomorrow will be worse. But the day after that will be beautiful. Most of your talent won’t make it past tomorrow. But as a leader, you must inspire people through those hardest times: to stick with it, to move through it, and to see past it, so they can make it to the day where things are beautiful. That’s when you’re really innovating.”