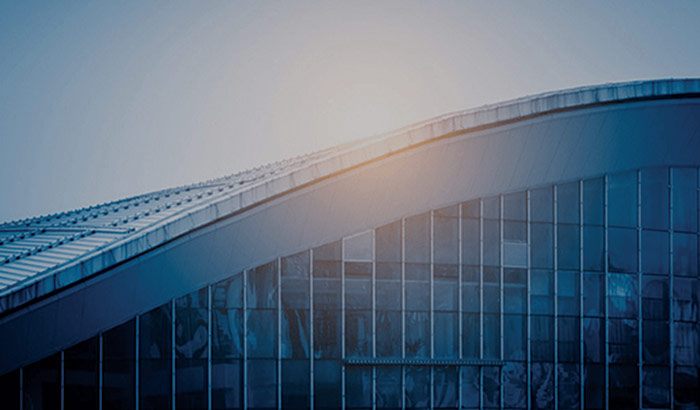 Getting Ready for the Next Leg of Growth

Let’s first understand the definition of the word “Facade” which literally means the principal front of a building, that faces onto a street or open space. By this one must have gauged an idea that facade is the outer body of any building generally of Glass which is being fitted into different frames of aluminium, stone, steel etc. in 1999, with a manufacturing facility in Wada near Mumbai spread across 12500 sq. feet, is engaged in Designing, Engineering, Fabrication and Installation of Facade Systems. The company is promoted by Shri Radheshyam Sharma, a first generation entrepreneur with experience of more than two decades in the facade industry. The company has executed almost 280 projects around the country and has long reputed clientele in its kitty. The company has served various types of construction projects like commercial complexes, residential complexes, IT parks, retail and pharma projects. The company, besides having a Pan India presence with several projects, also has 13 Airport projects in India to its credit.

The company has been a very serious player in the Facade Industry and is amongst the top 5 companies in India. Other major competitors to the company are Glass Wall Systems and Alufit etc. (Glass Wall Systems is a Motilal Oswal Private Equity funded company with its headquarters in Mumbai.)

The company has evolved itself from manufacturing facades for local construction companies to now serving top corporations of the country. Few of the major clients of the company are Lodha Group, Reliance, Piramal, Mahindra, Tata, K Raheja etc. The company has completed all its projects in time and received appreciation from all its clients for the time bound and quality bound execution.

1. Streamlining the business of the company’s clients – RERA, which is now being implemented, has brought a tremendous change in the working style of the Real Estate developers and construction companies. Now all the projects are to be completed on a strict running timeline and any failure to do so attracts heavy penalties. Earlier builder was not bothered with the timeline; used to launch the project and wait for the bookings to come in. After that only they used to start the actual work which ultimately affected all the stakeholders adversely. There was no certainty as to when the execution on the particular project will start and along with it the payments also used to get stretched, resulting in increased receivable days and blocking of the working capital cycle. Now and going forward a developer has started involving Innovators from the first day itself in the designing part to avoid any delays at a later stage. This will ultimately improve the asset turns, receivable cycle, the delivery time of projects and have a better linear financial structure for the company.

2. Change in order size and clientele of the company – Earlier the Innovator used to work on a lot of projects simultaneously where project cost was lower and to fill the capacities the company used to take small orders also. Now the company has moved to bigger order sizes coming in from large corporate houses and developers. Thus, now the company will achieve a higher topline with the same set of skills, and eventually this will lead to better use of its capabilities and improvement in receivable collection.

3. Execution capabilities – The company has a track record of delivering all its projects on time and that is company’s major strength which will help the company achieve better and bigger orders going forward. The company is run professionally and has a strong system in place, everyone’s area of work is being defined and they are responsible for delivering the designated work on time. The company has implemented ISO 9001:2015 for all its business processes and everything is done according to the guidelines.

4. Improvement in profitability – The company has evolved from the order size of Rs25-30 crore to large orders now exceeding Rs100 crore from marquee clients like Lodha, Reliance, Piramal, Embassy Group etc. This will result in better margins and better operating leverage for the company as the downtime will get reduced and stability in receipts of payments will be there.

Here the size of opportunity seems huge where Innovators can become the largest facade company in the country with the kind of management bandwidth and systems they have. The company should continue achieving growth in the years to come with improving profitability. Over the next few years, this shall pan out to be a good investment.

(Disclaimer: The views expressed herein as of May 25, 2018 are based on publicly available information and other sources believed to be reliable. The information contained in this document does not have regard to specific investment objectives. Neither IE&M nor any person connected with them, accepts any liability arising from the use of this document.)