My Gruesome Days with Raja Rao 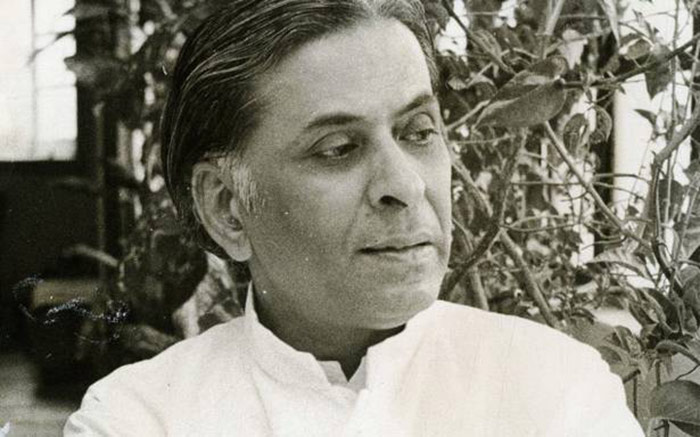 I have never met Raja Rao in flesh and blood. I have never corresponded with him. I do not have any of his autographed works, though any visitor to my library can easily get to see all his works gathered between covers. They found their way to my library from the pavement booksellers of Sunday market. But his most voluminous one The Chess Master and His Moves reached me fresh from the Press. And thereby hangs a tale.

Sometime in late January 1989, the editor of India Perspectives (Originally Indian and Foreign Review) of New Delhi asked me if I could review a book by Raja Rao for him. The fortnightly magazine being the mouthpiece of the Central Government and reaches the readers in several parts of the world through Indian embassies, I readily agreed. The second reason for my immediate acceptance was their decent pay cheque without any delay.

By the middle of February 1989, Vision Books, New Delhi reached me their product in mint condition. Raja Rao devoted a decade of research and writing in the making of his novel The Chess Master and His Moves (1988) and I was not at all surprised to see the work running to 735 tightly printed pages, demy size. I was a voracious reader, incapable of reading anything fast. Since I knew my limitations, I spent much of my after-college hours in reading the novel.

It is a love story – an impossible one, of course. Since the impossible love story plays a minor role, philosophy takes the upper hand. Hence there are philosophical discussions on almost all things on Earth, Hell and Heaven. However Raja Rao keeps the reader’s interest in the spheres he explores and the information he gives is compelling. He substantiates his views with quotes from the Vedas, Upanishads, and ancient Tamil religious poetry and also from French literature. His knowledge of Sanskrit and modern European literature is profound. In short it was a hard nut to crack and I had to re-read several passages to decipher their contents.

Finally I wrote a 1200 word review and dashed it off. I heaved a sigh of relief. But I never knew at that moment that that was the beginning of a strange experience.

On the morning of the next day when I woke up from a deep sleep, I found to my dismay that I could not see properly. Any object I looked at was visible to me either in half or in double. Never before I had seen two pipelines, two towel stands, two soap boxes, two tooth brushes, two tubes of tooth-paste and half of a scrubbing sponge in the bathroom. Unbelievable, but true. My wife had great respect for my fictional writings and always thought that I was a highly imaginative fellow. And so she dismissed my complaints as fiction from a much-teased brain.

Motoring my way to the college was not as difficult as I thought it to be. Once you are on your vehicle, the traffic at your back will automatically push you to your destination. Who can understand the vagaries of traffic on Pondicherry roads?

But inside the classroom the textbook posed the biggest problem. When I opened the book to read out the text and explain to the students I found the printed letters releasing themselves from the clutches of its pages and floating towards Heavens. I shook my head vigorously for a second or two and then looked at the text. This time I saw all the letters in tact on its pages but looked as though the book was opened and kept under water, sometimes clean but most of the time dirty. After a while the letters began to lose their shapes and got dissolved completely in water. I complained to the Head of the Department, who was really an understanding professor. He recommended medical leave for a week and advised me to take rest without troubling my eyes.

I felt that rest was all that I needed after having spent so many days with Raja Rao’s pillow. I was recovering and half images began to swell into one and double images became one. Great is the power of rest.  In my greater curiosity to know what happened to letters in books, I flipped open a weekly. They sat tight on its pages and gave me a sense of satisfaction. I could read at last without any difficulty. I got absorbed in a short story, when all of a sudden the letters began to play hide and seek with me. Broken letters, large fonts, floating words, dancing sentences and then letters detaching themselves from their words and making their upward journey like steam from a cup of hot coffee. I thought that was the end of my reading career and thereby my writing career too. The fear of losing my eyesight pushed me to an eye specialist.

Poor me! The eye specialist found my eyes in perfect condition and so advised me to consult a neurologist. “You are a strange case,” commented the neurologist, “I have never before come across a case like yours in medical history. You are a good enough topic for my study.” And I became his guinea pig.

My neurologist looked pathetically at me. He then prescribed a tiny tablet costing only 12 paise each and advised me to swallow thrice daily and meet him after five days. I met him on the evening of the third day and told him of the return of my perfect normal eyesight.

“Good Heavens! I treated you for your dry eyes,” he exclaimed, and patted himself for his genius.

I went back to my study to revel in the pleasure of reading all the time wondering why Raja Rao’s love story made my eyes go dry.