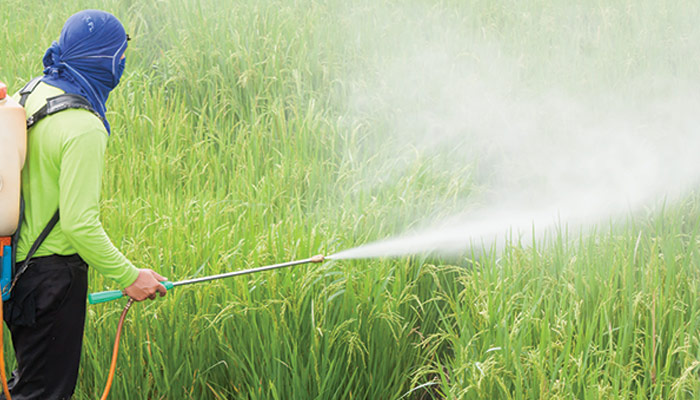 Another Bharat Rasayan in making

Super Crop Safe Limited is one of the leading players in Agro-chemical industry, having presence in more than eight states. The company was incorporated in 1987 with an aim to contribute in the field of crop protection. It is engaged in manufacturing of various types of agro chemicals like technical grade pesticides, formulation of insecticides, fungicides and weedicides since its inception. At present, the company supplies more than 100 products in the market under various brand names. The company has also moved towards biological and herbal products which are based on sustainable development that balances the need for economic growth with environmental protection and social security.

The Indian Agro-chemical industry has generated a value of $5 billion in FY17 and is expected to grow at 7.5 percent annually to reach $6.3 billion by FY20, with domestic demand growing at 6.5 percent per annum and export demand at 9.0 percent per annum, according to a report jointly presented by Tata Strategic Management Group (TSMG) and FICCI at the latter’s sixth National Conference on Agro-chemicals 2016 in New Delhi. The report states that “Agrochemicals play a critical role in ensuring food and nutrition security of the nation. With estimated 355 MMTPA (million metric tonne per annum) food grain requirement by 2030 from current 253 MMTPA, efficient usage of crop protection products and solutions for Indian agriculture are need of the hour. In order to realise the true potential, industry, government and regulatory bodies need to work in tandem and embrace digital technologies to further improve farmer connect.” Indian crop protection market is supported by strong growth drivers. Current consumption of crop protection products in India at 0.6 kg per hectares (ha), is much lower than the world average of 3 kg per ha. This offers immense opportunities for future growth. With several products going off-patent globally, the sector is opening opportunities for generics, contract manufacturing and research for Indian players who can leverage their large scientific talent pool.

Super Crop’s board has recently given approval for fund raising through preference shares and warrants at Rs34, in which promoters will subscribe to 5,90,000 shares and 1,00,000 warrants. While, few strategic investors will subscribe for 3,10,000 shares. This fund will be used for geographical expansion like recently they have opened an office at Uttar Pradesh. Management is confident enough to open new offices in existing and new markets.

Bharat Rasayan comes from the same pedigree as Super Crop is right now. If we look at the historical numbers of Bharat Rasayan it had continuously posted stagnate numbers till 2011/12, post that it has changed its strategy to high margin and high demand products, due to which its bottom line increased from Rs5 crore in 2011 to Rs55 crore in 2017. Super Crop Safe has adopted the same strategy, high margin and high demand products, which will drive massive growth in its profitability and improved margins due to better product mix.

The company has drastically improved its product mix by launching high margin, better demand and highly scalable products. That’s reflected in Super Crop Safe’s operating performance. It is focusing on strengthening the existing operations and expanding the geographical reach like Uttar Pradesh. Its recent product launches like Commander and triNETRA are high margin and low competition products, which will drive the company’s margins and profitability substantially in future. Management is committed to commercialize two to three such products every year. It is also doing lots of R&D activities in the niche area of Nutraceuticals.

(Disclaimer: The views expressed herein as of May 25, 2018 are based on publicly available information and other sources believed to be reliable. The information contained in this document does not have regard to specific investment objectives. Neither IE&M nor any person connected with them, accepts any liability arising from the use of this document.)