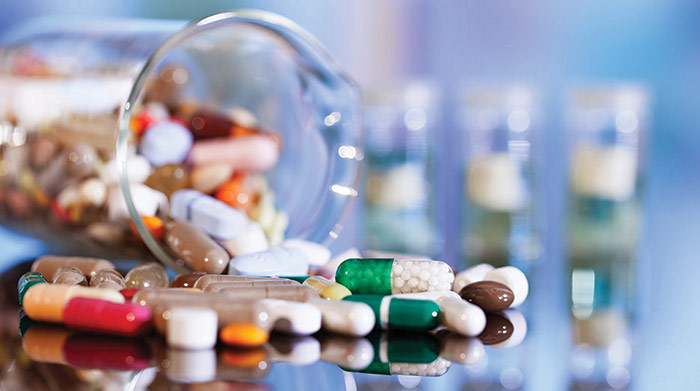 Riding on the wave of changing times

Natco Pharma is a R&D focused vertically integrated pharmaceutical company with presence across multiple specialty therapeutic segments. It has inbuilt capabilities to manufacture complex products and has the ability to deliver hard to manufacture molecules. Over the years, Natco has constantly innovated and manufactured specialty medicines and niche pharmaceutical products. Incorporated in Hyderabad in the year 1981 the company, with an experienced management team, is well recognized for its innovation in Pharmaceutical R&D with seven manufacturing facilities spread across India with modern research laboratories. The Company’s equity is Rs36.90crore while it has huge reserves of around Rs3035.30crore. The promoters hold 48.38% with a considerable FIIs stake in the company.

With operations in more than 40 countries, the Considered to be the Crown Jewel of the company this division is primarily focused on US markets. Their business model is through a partnership agreement with major companies like Mylan, Alvogen, Lupin and Dr Reddy Labs for releases in the USA. Besides, the company is operating in Brazil, Canada, Singapore and Australia through its subsidiaries. The company generates ~80% of the total sales through formulations business while the API is only around ~10%. It has reported three year CAGR of 42% in revenue growth while PAT registered a CAGR of 73% during the same period.

Over the years, India has become a leading pharmaceutical producer in the industry with a larger presence in the fast growing generics and biosimilar markets. India currently ranks second in contributing global biotech and pharmaceutical workforce and accounts for ~20% of the global generic drug exports. The domestic industry’s long established position as a world leader in the production of high quality generic medicines at low costs is expected to reap significant benefits as the patents on a number of blockbuster drugs are scheduled to expire over the next few years. By 2020, it is predicted that India will be among the top three pharmaceutical markets by incremental growth and sixth largest market globally in absolute size. India’s cost of production is significantly lower than that of the US and almost half that of Europe. This gives a competitive edge for Indian companies over developed market players. It should also be noted that drug approvals given by the USFDA to Indian companies are steadily increasing in the recent years.

Currently, the stock is trading at just 21x. Natco Pharma has a strategic advantage with backward integration for critical APIs which equips them to enjoy corresponding gains in terms of cost, quality and logistics. The company, with its increasing India focus and entry into specialty sectors, is poised to witness strong traction in growth. Natco is integrated across the value chain with major focus in API and FDF. Natco’s business model focuses on innovation in specialty and niche product across selected therapy areas as well as strong marketing and distribution network and global partnerships, equips them to manage pricing pressure to a greater extent. In terms of capital allocation, management is spending more than 50 percent of the resources in India, thus putting a lot of emphasis on the domestic market. Natco Pharma is also hedged with exports and imports against volatility in foreign currency.

Natco Pharma has recently announced that it has launched a generic version of Posaconazole Injection, 300 mg/16.7ml, under its brand POSANAT. This is the first time an injection version of this drug available in India. POSANAT will be available in 18.0 mg/ml strength, a formulation for intravenous (IV) use. We believe this company can generate a lot of alpha in the future for its shareholders. Investors can accumulate this share with a stop loss of Rs770 for an upper target of Rs1050-1100 in next 12 to 15 months.