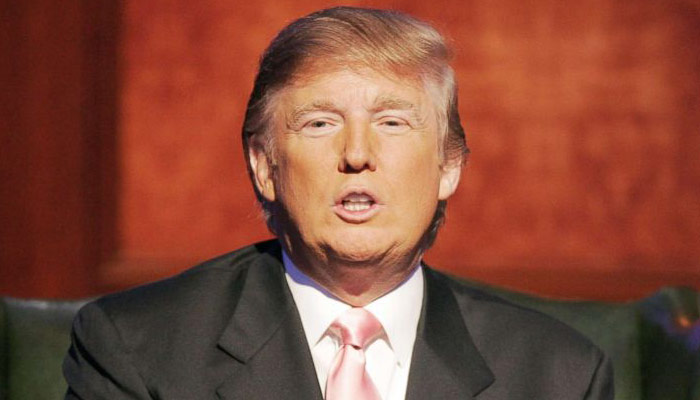 Hate it or love it, this is the first US administration that is waking up the West to its Faustian bargain with the east — continue to party now and gorge yourself on cheap imports that you can buy courtesy of cheap credit from China, but pay the price later in terms of degraded income growth from the loss of stable, secure and decently paying jobs, as capital expenditure, productive capacity and intellectual property continue to leak abroad. China has been running a colossal vendor financing scheme that is, if not gradually bankrupting its clients, at the very least condemning them to a position of eventual subservience and dependence. True, like any addict, the withdrawal symptoms from breaking this iniquitous arrangement will be painful for America in the short term. Consumers’ standard of living will take a hit before the benefits of new investment and better jobs back home kick in. But what trusted adviser would advise against kicking a drug habit on those grounds?

If Mr Trump’s primary concern is to rebalance the bilateral trade deficit, he would have aligned with the EU, Japan and Canada against China rather than scooping up America’s allies in his tariff dragnet. There is a view that the US president’s goal is nothing less than remaking the global order. Mr Trump feels he is presiding over the relative decline of his great nation. It is not that the current order does not benefit the US. The problem is that it benefits others more in relative terms. To make things worse the US is investing billions of dollars and a fair amount of blood in supporting the very alliances and international institutions that are constraining America and facilitating China’s rise. In Chinese eyes, Mr Trump’s response is a form of “creative destruction”. He is systematically destroying the existing institutions — from the World Trade Organization and the North American Free Trade Agreement to Nato and the Iran nuclear deal — as a first step towards renegotiating the world order on terms more favourable to Washington.

Once the order is destroyed, Mr Trump will move to stage two: renegotiating America’s relationship with other powers. Because the US is still the most powerful country in the world, it will be able to negotiate with other countries from a position of strength if it deals with them one at a time rather than through multilateral institutions that empower the weak at the expense of the strong.

May be even Mr Trump’s sycophantic press conference with Vladimir Putin, the Russian president, in Helsinki had a strategic purpose. In 1972, the US nudged China off the Soviet axis in order to put pressure on its real rival, the Soviet Union. Today Mr Trump is reaching out to Russia in order to isolate China. There is a strong view in Europe that even other western countries should sign up in this mission with US before China succeeds in its tactics of divide and rule. Europe and US together putting pressure would possibly force China to change its course. In the short term, China is talking tough in response to Mr Trump’s trade assault. At the same time they are trying to develop a multiplayer front against him by reaching out to the EU, Japan and South Korea. But many Chinese experts are quietly calling for a rethink of the longer-term strategy.

The unfolding trade war scenario, doesn’t augur well for the global financial markets in the short to medium term. Before eventual restoration of order, there will be enough turbulence to destabalise the market and rock the steady growth hypothesis of the world economy. Emerging markets like India though not directly a target of any of the parties, may become indirect casualty of the cross fire. Global trade flows and currency movements will be erratic and hit economics, sectors and companies in an unpredictable manner.