Psychological Warfare against Iran is not for World Peace 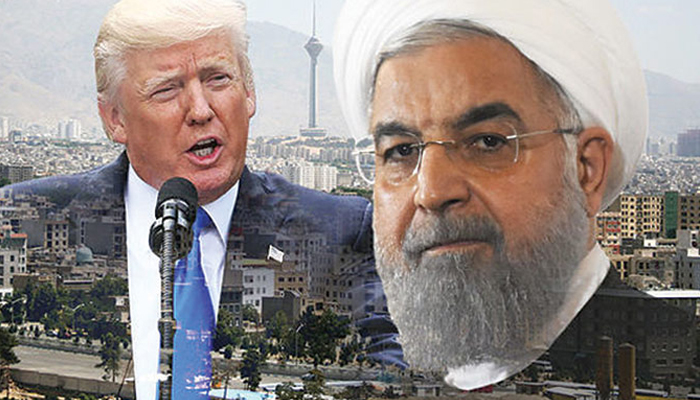 The renewed US sanctions against Iran will be effective on August 7, 2018. For US President Donald Trump it’s kind of fulfilling a 2016 campaign promise to withdraw from a deal he once described as the “worst ever”.

The reimposed sanctions target a range of sectors, blocking Iran from purchasing US banknotes and trading in gold and metals. They will also limit Iran’s access to the software and automotive sectors, while blocking its ability to buy commercial aircraft or trade in food and other goods as well. Even more punishing sanctions targeting Iran’s massive oil industry will take effect on November 5.

Under the breakthrough deal in Vienna in 2015, the Iranian government had agreed to cut down its uranium stockpile and scale back its enrichment programme far below the level required to build a nuclear weapon. Tehran also agreed in perpetuity to notify United Nations inspectors if and when it builds a new nuclear facility. In exchange, United Nations approved sanctions were lifted in January 2016, and Iran was allowed to resume trading oil and gas on the international market. A total of $100bn in frozen Iranian assets was also released. The US was an original signatory to the agreement with Iran, along with Britain, France, Germany, Russia, China and the EU.

The sanctions in simple terms mean that anyone doing business with Iran will not be doing business with the United States. In defiance of the US, the European Union has urged its companies to continue and even bolster trade with Tehran, despite American threats. President of Iran Hassan Rouhani has termed the reimposition as psychological warfare and he has praised Europe for resisting the Americans in its call to join the regime of sanctions. He has categorically said that Iran has no intention of negotiating a new deal with the United States.

European Union has stated that it will be encouraging small and medium enterprises, in particular, to increase business with and in Iran. But many large European firms are leaving Iran for fear of US penalties. The threat of sanctions had already forced major international companies and banks to scale down their activities in Iran. And because of the fear of the US sanctions, they would be very reluctant to invest in Iran or do business with Tehran after this. This move will certainly worsen the lives of ordinary Iranians. Even before the sanctions took effect, Iran’s vulnerable economy had already been undermined by the US withdrawal from the nuclear deal.

The Iranian people will be the ones to suffer most from the new sanctions. Iran’s currency has lost about half its value; inflation has been soaring; unemployment has been increasing; and, most importantly, people have lost hope. In anticipation of the sanctions, a lot of Iranian business people have transferred their assets and capital abroad. As a result the economic situation has already been deteriorating.

Something has to be done soon, as sporadic protests across the country of 80 million starving people will only add to the pressure. The world community should find a solution. In the name of World Peace Trump has issued a statement that Tehran must curb its missile programme and end its “support for terrorism”.

The world must not forget that in the name of World Peace another President of USA had systematically destroyed Iraq. It should not happen again.