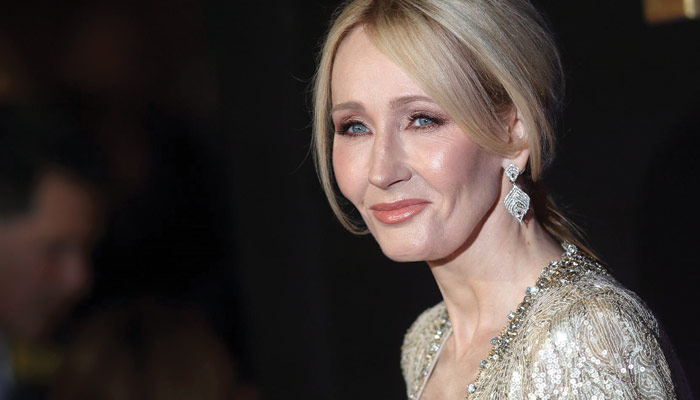 On this wonderful day when we are gathered together to celebrate your academic success, I have decided to talk to you about the benefits of failure. Looking back at the 21-year-old that I was at graduation, is a slightly uncomfortable experience for the 42-year-old that she has become. I was convinced that the only thing I wanted to do, ever, was to write novels. However, my parents, both of whom came from impoverished backgrounds and neither of whom had been to college, took the view that my overactive imagination was an amusing personal quirk that would never pay a mortgage, or secure a pension. So they hoped that I would take a vocational degree; I wanted to study English Literature. A compromise was reached that in retrospect satisfied nobody, and I went up to study Modern Languages. Hardly had my parents’ car rounded the corner at the end of the road than I ditched German and scuttled off down the Classics corridor.

I do not blame my parents for their point of view. What is more, I cannot criticise my parents for hoping that I would never experience poverty. They had been poor themselves, and I have since been poor, and I quite agree with them that it is not an ennobling experience. Poverty entails fear, and stress, and sometimes depression; it means a thousand petty humiliations and hardships. Climbing out of poverty by your own efforts, that is indeed something on which to pride yourself, but poverty itself is romanticised only by fools.What I feared most for myself at your age was not poverty, but failure.

I am not dull enough to suppose that because you are young, gifted and well-educated, you have never known hardship or heartbreak. Talent and intelligence never yet inoculated anyone against the caprice of the Fates, and I do not for a moment suppose that everyone here has enjoyed an existence of unruffled privilege and contentment.However, the fact that you are graduating from Harvard suggests that you are not very well-acquainted with failure. You might be driven by a fear of failure quite as much as a desire for success. Indeed, your conception of failure might not be too far from the average person’s idea of success, so high have you already flown.

Ultimately, we all have to decide for ourselves what constitutes failure, but the world is quite eager to give you a set of criteria if you let it. So I think it fair to say that by any conventional measure, a mere seven years after my graduation day, I had failed on an epic scale. An exceptionally short-lived marriage had imploded, and I was jobless, a lone parent, and as poor as it is possible to be in modern Britain, without being homeless. The fears that my parents had had for me, and that I had had for myself, had both come to pass, and by every usual standard, I was the biggest failure I knew.

Now, I am not going to stand here and tell you that failure is fun. That period of my life was a dark one, and I had no idea that there was going to be what the press has since represented as a kind of fairy tale resolution. I had no idea then how far the tunnel extended, and for a long time, any light at the end of it was a hope rather than a reality.

So why do I talk about the benefits of failure? Simply because failure meant a stripping away of the inessential. I stopped pretending to myself that I was anything other than what I was, and began to direct all my energy into finishing the only work that mattered to me. Had I really succeeded at anything else, I might never have found the determination to succeed in the one arena I believed I truly belonged. I was set free, because my greatest fear had been realised, and I was still alive, and I still had a daughter whom I adored, and I had an old typewriter and a big idea. And so rock bottom became the solid foundation on which I rebuilt my life.

You might never fail on the scale I did, but some failure in life is inevitable. It is impossible to live without failing at something, unless you live so cautiously that you might as well not have lived at all – in which case, you fail by default.

Failure gave me an inner security that I had never attained by passing examinations. Failure taught me things about myself that I could have learned no other way. I discovered that I had a strong will, and more discipline than I had suspected; I also found out that I had friends whose value was truly above the price of rubies.

So given a Time Turner, I would tell my 21-year-old self that personal happiness lies in knowing that life is not a check-list of acquisition or achievement. Your qualifications, your CV, are not your life, though you will meet many people of my age and older who confuse the two. Life is difficult, and complicated, and beyond anyone’s total control, and the humility to know that will enable you to survive its vicissitudes.

I hope that even if you remember not a single word of mine, you remember those of Seneca: As is a tale, so is life: not how long it is, but how good it is, is what matters.