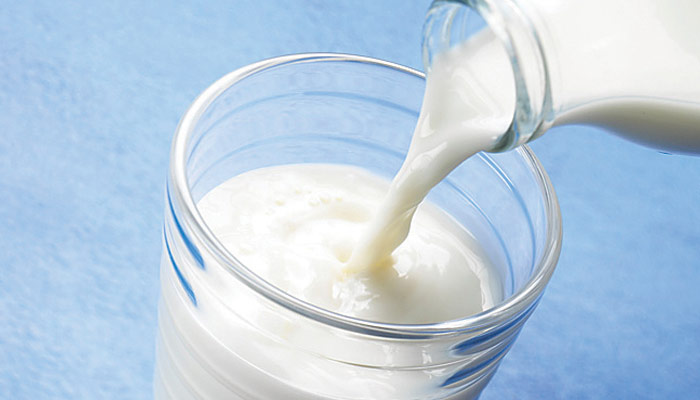 Umang Dairies Limited (formerly JK Dairy and Foods Limited) was incorporated in December 1992. It is a part of the JK Group. JK Corporation is having listed companies like JK Paper, JK Tyre, JK Lakshmi Cement etc. Umang Dairies Limited (UDL) is engaged in manufacturing milk products and processing / packaging liquid milk at its manufacturing facilities in Gajraula (Uttar Pradesh). Umang Dairies has two plants—a drying plant and a liquid milk packaging (LMP) plant. The drying plant, which was set up in 1994, has an installed capacity of 4.5 LLPD1, converting the liquid milk to milk powder and butter. The LMP plant was set up in 2009, and has an installed capacity of 6 LLPD, which is exclusively utilized for processing and packaging milk for MDFVPL, through its group company, LVP Foods Private Limited (LVPFPL). The Company’s equity is Rs11 crore while the company has huge reserves of around Rs41.93 crore. The promoters hold 74.61%, while investing public hold 25.39% stake in the company.

The company has posted super-duper The organised Indian dairy market is Rs99,000 crore. According to reliable data, it is highly fragmented. For organized players growth will be driven by consumers switching to packaged milk. Milk is India’s single largest agricultural commodity in value terms and is more than the combined value of paddy and wheat put together. The per capita availability of milk has increased three-folds, from 112 grams per day in 1970-1971 to 337 grams per day in 2016. This trend is expected to continue in the coming years. As per research agencies, during the period 2015E-2020E, the organized segment is expected to grow at a CAGR of 19.6% as compared to 13.3% for the unorganized segment. This would result in the organized segment accounting for 26% of the total market in 2020.

The current milk production in India as of now is 150 million tonnes, 90% of it comes from rural areas and of this, almost 80% comes from unorganised and backyard farms. The contribution of private co-operative societies is up to 28 million tonnes, which serves 20% of the total Indian population. This trend is likely to change with the influx of serious players who start with a herd size of 50-60 animals and after setting their house in order, they graduate and add up more animals depending upon their investment prowess. With the introduction of commercial measures to increase dairy production promptly like Automated Milk Collection System, computerized milk testing equipments, the next decade is likely to see at least 40% of milk production coming from organized and semi-organised farms. Milk production is expected to increase to 180 million tonnes by 2022. On an average, this will be a rate hike by 6 million tonnes per year, which was 3 million tonnes earlier. The number of registered units manufacturing dairy products in India has increased by about 23% between 2010-11 and 2014-15. According to market research, sales of value-added dairy products including lassi and buttermilk have been steadily growing. Volumes of health-based dairy drinks increased by 30% over the last three years. The store base for dairy drinks also increased by 60% in the same period, compared to 10% for soft drinks. Organisation of the dairy sector by creating private societies in villages has helped the producers to get a fair value of their produce. Many of the unfair trade practices have decreased, and small-scale milk producers whose production went unnoticed earlier are now in the records.

Currently, the stock is trading at just 32.5x. Private Indian dairies are increasingly looking at aggressively expanding the network of their small format parlors’ to push sales of value added products that ensure better profit margins through modern retail trade as mom-and-pop stores seem less appealing. Analysts are also highly bullish on the organized dairy sector because it is speedily shifting from unorganized to organized segment, which is highly beneficiary for listed Dairy companies. Besides modernization of Plant and R&D facilities, the Company is planning to expand production facility of Drying Plant from present 4.5 lac litres per day to 5.5 lac litres per day. The Company is planning to invest resources behind expanding distribution of the recently launched products, cow ghee, canned paneer, UHT Milk to gain critical volumes and gain Market Share. We believe Umang Dairies is available at the right place to capture this opportunity and increase its market share multifold in future.