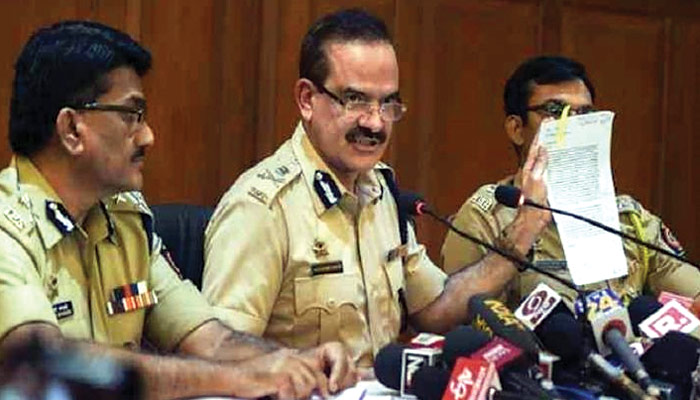 The outrage and protests across the country against some of the high-profile arrests are valid because so far they are not found guilty; all against them is only allegations. If politicians can get away with this cliché, why not others? The police, which still could not solve the murder mystery of Govind Pansare, Gauri Lankesh, MM Kalburgi, and Narendra Dabholkar, has suddenly created a dangerous situation by calling a press conference and revealing the details to the media forgetting the matter is very much before the court. Police claimed in the briefing to have seized from five activists arrested earlier the letters which mentioned plans to allegedly purchase grenade launchers and ammunition for the banned CPI (Maoist). If the police have so much proof then it should put it before the court and not before the media.

Police said the activists had spurred Dalits at Bhima Koregaon in January that spilled over violence and protests across Maharashtra. Those who are into custody are some of the known human rights activists respected for their fearless attitude. Varavara Rao is a Marxist writer and teacher of Telugu literature. Father Stan Swamy is an active campaigner against communalism in Jharkhand. Arun Ferreira is an activist and has written a bestseller describing the conditions of Indian jails and how the police treat the jail inmates. He was jailed during UPA rule but later acquitted. He is very vocal against casteism, communalism and economic inequality. Gautam Navlakha is a civil rights activist, journalist and writer. Sudha Bhardwaj is an advocate and the national secretary for People’s Union for Civil Liberties (PUCL). Anand Teltumbde is a writer, civil rights activist and political analyst. K.Sathyanarayana is a professor.

Let us accept the fact that a country needs people who can speak against the government for the rights of the poor, tribals, farmers, landless labourers and the marginalized section of the society. Crushing diversity and dissent is a dangerous practice. Supreme Court has rightly come out with harsh words for the government. “Dissent is the safety valve of democracy. If you don’t allow the safety valve, the pressure cooker will burst,” Justice Dhananjaya Yeshwant Chandrachud, who is among the three judges hearing the case at the Supreme Court, observed. The court also directed that they be held under house arrest instead of police custody.

If these gentlemen are found guilty then they must be hanged, without delay since the charges against them are very serious. But weaving a fabricated conspiracy theory is not new to the police. During the UPA regime several members of some Hindu organizations were jailed only to be freed by the courts as police could not produce substantial proof, making a mockery of Indian investigating agencies. It should not be repeated. The records of Indian police is not so noteworthy that anything a man in Khaki dress in a press conference says can be taken for truth, even if he speaks the truth.

The court should immediately order to transfer the case from the police. The matter should be investigated by some other agency like the CBI or the National Investigation Agency (NIA). Even if the police get to the truth, which is unlikely, the doubts will remain. The outcome will be questioned as politically motivated and not being fair.

But hang them if these activists are found guilty.