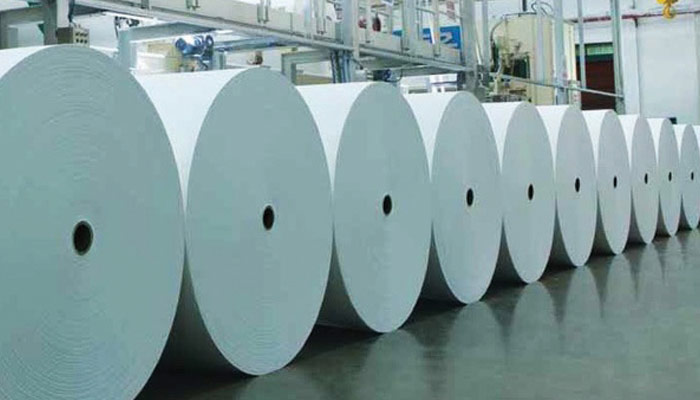 Incorporated in 1980, Ruchira Papers is a Yamuna Nagar based company, which manufactures paper and paper products. The company is engaged in the process of manufacturing writing and printing paper and Kraft paper. It’s white writing and printing paper is used to make notebooks and writing material, while the colored paper is used in the fabrication of spiral notebooks, wedding cards, shade cards, children’s coloring books, colored copier paper and bill books. Its Kraft paper is utilized in the packaging industry for making corrugated boxes/cartons and for other packaging requirements. The company’s writing and printing paper is manufactured by using agricultural residues like wheat straw, bagasse, sarkanda and other materials. Its semi Kraft paper is manufactured by using agriculture residues like bagasse, wheat straw, rice straw, sarkanda and indigenous materials, etc. The company offers its products to customers in India and overseas.

Over the Years, the Company has undertaken several phases of expansion and the Production Capacity of Kraft Paper since then has increased from 2310 TPA to 52800 TPA. The company had set up 33000 TPA unit for manufacturing of writing & printing paper adjoining to its existing unit in March,2008. During the year 2017-18, the Kraft Paper Production was 67999.145 MT and Writing and Printing Paper production was 47425.050 MT.

The Company’s equity is Rs22.42crore while company has huge reserve of around Rs168.92crore. Promoters hold 61.14% while investing public hold 38.86% stake in the company. It is an investor friendly company and has paid 22.5% dividend for FY18.

Financials
It had reported good numbers for FY18. Its PAT zoomed 19.31% to Rs38.24crore against Rs32.05crore on higher sales of Rs450.64crore fetching an EPS of Rs17.05. Company has posted muted numbers for Q1FY19. Its PAT stood at Rs9.66crore as against Rs11.81crore in Q1FY18 on sales of Rs110.92crore fetching an EPS of Rs4.31. During the Q4FY18, the Company has undertaken implementation of modernization programme at Kraft Paper unit, which resulted in lesser production equivalent to 25 days of Kraft Paper unit. Company has spent almost Rs32crore in this modernization program. This had affected company’s Q1FY19 performance also but management is quite bullish on future performance.  Commenting on the financial performance of the company Jatinder Singh, Chairman & Whole Time Director, said, “We are back on the track after the successful implementation of modernization programme undertaken during Q4FY18. Further in Kraft paper unit we have stabilized our capabilities to manufacture the products which we had proposed during implementation of modernization and upgradationprogramme and have received good response for these value added products manufactured by us. The quality of product of paper has been accepted in the market. We are hopeful to get the same reflected in topline and bottom-line of Q2FY19 onwards.

Industry Overview
Accounting for 3% of the global paper production, the Indian paper industry’s turnover stood at Rs50,000crore (U$8 billion). The industry contributed Rs4,500crore to the Indian exchequer, providing employment to more than 0.5 million people and 1.5 million people, directly and indirectly, respectively.  65% of the paper manufactured in India depended on recycled fibre, 24% on wood and 11% on agro residues. India is still an underpenetrated country because despite sustained growth over the years, the per capita consumption of paper in India is a little over 13 kg, way behind the global average of 57 kg. The domestic demand in India grew from 9.3 million tonnes in FY08 to 17 million tonnes in FY17 at a CAGR of 6.9%. Packaging paper & board segment accounting for nearly 52% of the total paper demand in India and is the largest segment in the industry. It grew at a CAGR of 8.3% from 4.3 million tonnes during FY08 to 8.8 million tonnes in FY17.

Rising urbanization, increasing penetration of organized retail, higher growth in FMCG, pharmaceutical and processed food industries etc. are the growth drivers of the segment. Imports of paper and paper products rose by 11.2% from Rs11,593 crore in the April-Jan 2017 period to Rs12,893 crore for the April-Jan 2018 period. The increase in imports was primarily led by the duty-free import from ASEAN nations and Korea. Paper and paper products exports also grew by 34.5% to Rs3,481crore for the Apr-Jan 2018 period from Rs2,589 crore for the comparable period in the previous year.

Since mid-2017, China banned the use of mixed grade waste paper and demand for wood pulp (natural fibre) increased. Major pulp exporters such as Indonesia, Malaysia and Chile diverted pulp to China at a higher price, leading to a rise in price of end product. The Chinese government has banned the import of several varieties of waste paper (the primary raw material for finished paper). Hence, the production of finished paper is expected to be hampered in China which is expected to lead to some relief in raw material prices and improve realizations.

Our Take
The Company will have an estimated production of 55000 MT of writing and printing paper and 78000 MT of Kraft paper in FY 2018-19. During FY18 under review, the Company outlined a proposal to commission a Greenfield 100,000 TPA capacity for writing and printing paper. When commissioned across the foreseeable future, this proposed investment can completely transform the Company’s fundamentals, virtually increasing production and revenues. Currently, the stock is trading at just 8.5x. Looking at the trend we believe Ruchira Papers has potential to report healthy topline growth on the back of superior demand in printing & writing paper and kraft paper segments. On the profitability front, we believe it will post better operating performance aided by enhanced manufacturing efficiencies.

Increasing global finished paper prices would aid margins. Investors can accumulate this share between Rs135-110 in staggered manner with a stop loss of Rs100 for an upper target of Rs225-235 in next 9 to 12 months.