The future of the market and Survival Kit 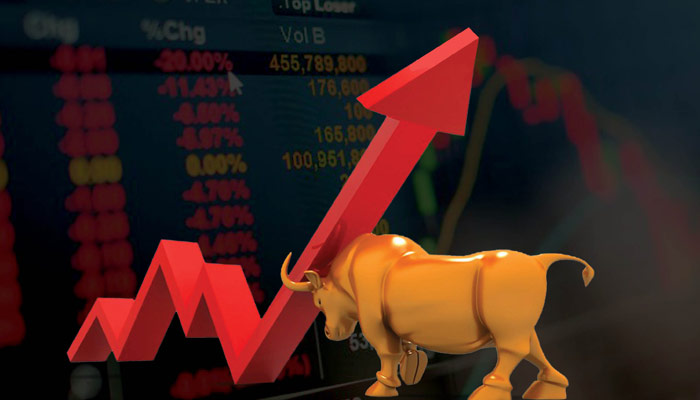 In stock market it takes very little to change the view. Just couple of weeks back the common discussion among the investors was whether Nifty will hit 12000 mark first or Sensex will touch 40,000. A fortnight gone and the entire discussion has taken about turn, whether Nifty will go below 10,000 or Sensex will touch 35000 mark first. This is the beauty of the equity market. Triggers for market volatility can come in many different shapes and sizes—policy uncertainty in Delhi, earnings reports, geopolitical unrest, the list is almost endless. And market swings can rattle even seasoned investors’ nerves.

This time what triggered such modification in view is default by one of India’s largest infrastructure development and finance company, Infrastructure Leasing & Financial Services Limited (IL&FS). The company defaulted on its inter-corporate deposits and bond repayments. Being like a semi-public owned institution it further aggravated the situation. The credit rating of the company was cut to the lowest category in a span of mere two months, probably in the shortest duration time. Besides, there were other companies too that saw their ratings downgraded. This created a situation of uncertainty that led to panic sell among many non-banking financial companies (NBFCs). Some of the most coveted names of NBFCs soon turned out to be untouchables.

They kept on falling relentlessly, despite statements issued by two of the highest regulators of India, Sebi and RBI to calm the market. Share prices of companies such as DHFL fell by almost 60% in last one week while companies like Yes Bank saw its share prices getting half in mere one week. In our analysis we found that there are 467 companies that have lost their value between 20-40% in last one month. In all together the Indian equity investor lost Rs 10 lakh crore. The following table clearly depicts the sorry facts of Indian equity market in last one month.

When it comes to the index, the frontline indices have fallen by more than 5 per cent in last one month and the broader indices like mid-cap and small-cap have fallen even more. The situation has not yet stabilised and there are chances that it may slip further before it stabilises.  So, what actually led to such precipitous fall of Indian market? The event is definitely triggered by IL&FS saga, however, there were also other compelling reasons that pushed the market down.

Stretched Valuations
The Indian equity market barometer, Sensex is currently trading at a price to earnings ratio of 23.6x, which is almost 10-15% higher than its long-term average of 20.62x and median of 19.07x. Even if we take the valuation of MSCI India, it is looking stretched. MSCI India is currently trading at 19x forward PE. If we take historical average of the index since 2004, it is 1.3 standard deviation higher compared to its historical average. The Indian market is not only expensive on absolute basis but also on relative basis.

At 19x PE, India is the most expensive market in Asia and trading at a record-high premium of 58% vs MSCI Asia Pacific Ex Japan Index. The India equity market has always been trading at premium and the long-term average premium has been at 24% since 2004. The current level suggests an unfavourable risk-reward on a forward 3-12-month basis. The following table gives a sense on how the future returns of the market are at different level of starting forward PE. So at current level when PE of the Indian equity is at 19x, the expected returns for next 12 month is -9%. Besides, the Indian equity market looks expensive relative to the current macro fundamentals. Rising bond yields have historically put pressure on equity valuations. Recently benchmark G-Secs bond yields have moved beyond 8 per cent. Evidence shows that increase in the bond yields has led to fall in the equity market. There is no reason to believe that current market will be an exception.

Earnings not enough to justify valuation
Higher valuation alone is not a harbinger of a fall in the equity market. If earnings are growing faster than the PE, the market can sustain its momentum. Despite all the visible improvement in the earnings recovery, especially among the companies serving to semi-urban and rural India, the market cannot move forward. As we believe the earnings recovery is largely priced in. Over the past five years, NIFTY has grown at a 14% annual rate while forward earnings grew at only 5% CAGR. This suggests the much-awaited ‘catch up’ in earnings doesn’t warrant further market upside in the near-term. Besides, back of the envelope calculation shows that to justify the current valuation, earnings need to grow at 17%, which looks high relative to the 14% long-term average (since 1996).

Macro headwinds in near term
While micro (earnings) seems to be improving, there are multiple macro headwinds for the market in the near-term because of moderating sequential growth, tighter ﬁnancial conditions, rising oil prices, worsening CAD and a volatile Indian rupee.

RBI has raised policy rates by 50 basis points between June and August 2018, which has negatively impacted various companies, especially which are overly leveraged. In addition to that India’s trade balance has been worsening in recent months and the current account deﬁcit widened in Q2 2018 to 2.4% of GDP, led by a higher goods trade deﬁcit. Various estimates show that this can go up to 2.9% for FY19 (against 1.8% for FY18), which again has a negative repercussion for the Indian economy.

One such area is the value of our currency that is Indian rupee. Although NIFTY is off from its near highs, Indian rupee has fallen to record lows against USD and has been the worst-performing currency in Asia year till date (YTD) with fall of 12%. This creates a precarious condition for foreign based investors investing in USD. While NIFTY has rallied 8% YTD and outperformed the region by 15% in local currency, its outperformance in USD terms is only 7%. The future and option data shows that volatility in the Indian rupee will continue for some time more, which is source of concern for many FIIs.

In terms of foreign flows, foreigners have only sold USD0.6 bn YTD in Indian equities (vs. US$25 bn in EM Asian equities). With event risk of elections and lingering macro concerns (on currency, fiscal and rising oil prices), we see risk of foreign outflows intensifying in the coming months. In terms of rupees total outflow has been to the tune of Rs 12881 crore. Out of which September 2018 alone has seen outflow of Rs 10824 crore. There is still three months left to finish the year, however, the trend continues, 2018 will be the third year since 1999 to see net FII outflows. The inflows from FIIs have been drying up for some time now. During this time, the Indian domestic institutional investors and especially the mutual fund has remained a strong pillar that provided the increased liquidity in the market. They have been strong buyers of Indian equities and have replaced FIIs as a major incremental liquidity provider. They have bought net USD47 billion since 2015 and have supported the markets despite weak FIIs inflows. This has largely been driven by retail inflows into mutual funds. Now more and more retail investors are investing in mutual funds. While domestic equity mutual funds have continued to receive inflows, the pace of inflows has slowed for four consecutive months. This has resulted into lower investment by MF in Indian equity market. Other disturbing factor with regard to mutual fund industry has been that the ratio of gross redemptions to sales has picked up recently, suggesting early signs of rising redemption pressure. One of the possible reasons may be due to the change in tax structure this year where long-term capital gains tax and dividend distribution tax has been introduced earlier this year in the budget.

Besides, the performance of the equity mutual fund industry has not been satisfying. It has been observed that almost 80% of domestic equity funds have underperformed their respective benchmarks YTD. Given poor returns YTD, domestic funds are likely to be more risk averse in the coming months and hence will impact investment in equities.

General Election
One more factor that is weighing on the equity market currently is general election of 2019. Historically we have seen that market has traded well heading into elections. Nevertheless, this time we are yet to see rise in performance. Equity markets have rallied earlier, irrespective of coalition or single party government. The reason for such increase is due to surge in spending and higher economic activity during and after election. The following graph clearly depicts how the market has rallied before and after the rally. Experience shows government spending is likely to spike before the upcoming state and national elections in India. Government, in the year preceding an election, on average, the central and state governments spend an additional 0.5 percentage and 0.9 percentage of GDP, respectively, compared to non-election years.