Want To Be Sorrow Free? Give No Pain to Others. 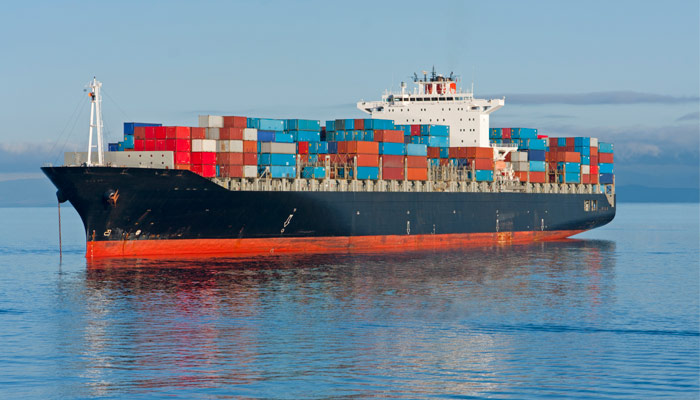 It happened in the year 1746, when Britain was at war with Spain. Each was blowing up and sinking many ships belonging to the other. A merchant ship named Elizabeth laden with valuable merchandise was on her voyage. She belonged to London. While she was between Jamaica and Cuba, she experienced a leak. A panic–stricken outburst of crying from sailors rocked the ship further. But the ship’s captain was not afraid, for the water was calm, and he wasn’t very far from shore.

The captain, to save the lives of his sailors, ran the vessel into a nearby port, Havannah. It belonged to Spain. Once inside the port, the crew expected to be made prisoners and to have the ship seized as a prize. The captain went ashore to meet the Governor of Havannah with the intention of delivering ‘Elizabeth’ up to him and requesting him that he and his crew not be severely used as prisoners. But to his great surprise, the Governor refused to seize either the men or the ship that carried them.

“Had you come,” said the Governor in a stentorian voice, “with hostile intentions, you would have been a fair prize; but since you come only as distressed mariners, humanity commands me, instead of injuring, to succour you. You are at liberty to repair your vessel in our port, and to traffic so far as shall be necessary to pay your charges, and then to depart as freely as any of our own vessels.”

When the refitted ship was ready to sail, the Governor gave the captain a pass that enabled him to protect him and his crew from the war–vessels of Spain till the ship was beyond Bermuda.

What really made the ‘Elizabeth’ sail in peace and arrive safely with the cargo in the Thames was certainly the magnanimity of the Governor of Havannah. He was a real conqueror. He didn’t set any trap. It was the enemy who walked into his parlour. He was given the fittest moment to crush his enemy. Yet he magnanimously neglected it. Is that not true bravery?

It was William Cowper, one of the most widely read English poet of his day, who wrote: “A brave man knows no malice; but forgets, in peace, the injuries of war, and gives his direst foe a friend’s embrace.” Such persons never condescend to tricks, or stratagems, or any other low arts, for the purpose of accomplishing an end. They scorn no one, however humble, if honest; they entertain no hatreds. Neither do they underestimate others nor do they find delight in injuring others. Such is magnanimity, the rarest of all virtues in the world, but one, which is never beheld without the highest admiration. It is no wonder that the French epigrammatist, La Rochefoucauld, defined magnanimity thus: “…it is the good sense of pride, and the noblest way of acquiring applause.”

The Tamil Saint Poet, Thiruvalluvar has devoted one whole section of ten couplets to tell us against inflicting suffering. He says, ‘Every sorrow will come upon those who give pain to others; therefore those, who desire to be free from sorrow, give no pain to others.’ Further he asks. “Why does one inflict upon others those sufferings, which one has found by experience are sufferings to oneself? And here is the oft-quoted couplet:

“The (proper) punishment of those who have done evil (to you), is to put them to shame by showing great kindness to them.”(Translated by Drew & Lazarus).

To read and understand this couplet in all its meanings is easier than to follow it. And to follow it, we should first of all have love for others.

Once a young French lady of great beauty fell ill and an eminent surgeon of Paris was brought in to cure her. She had to be bled. He approached her with a disturbed mind for they loved each other but never told either to themselves or to others. In his agitation, he opened an artery instead of a vein – a circumstance that always endangers life.

Days passed. The surgeon to his great dismay found necessary to cut off her arm. Soon after, symptoms convinced the surgeon that the lady could not live above twenty–four hours. His looks informed her of her fate. While his mind was wrung by tortured feelings, she remained calm and collected and proceeded to make her will.

Before breathing her last, she dismissed everyone except the surgeon from her deathbed. “I love you so much that I do not bear the least resentment against you for your error. Your mistake may be the cause of your professional prospects being blighted. And so please accept this,” so saying she handed over her will to him.The unfortunate surgeon found in the will that this excellent young lady had actually left a large portion of her fortune to him, who had innocently been the cause of her death.

To feel for others, and to do something about it, makes us desirable company anywhere and everywhere. Magnanimity thus makes friends out of foes. Just imagine a world full of friends. You will never run short of smile and laughter, the two essential ingredients to prepare the medicine for longevity.