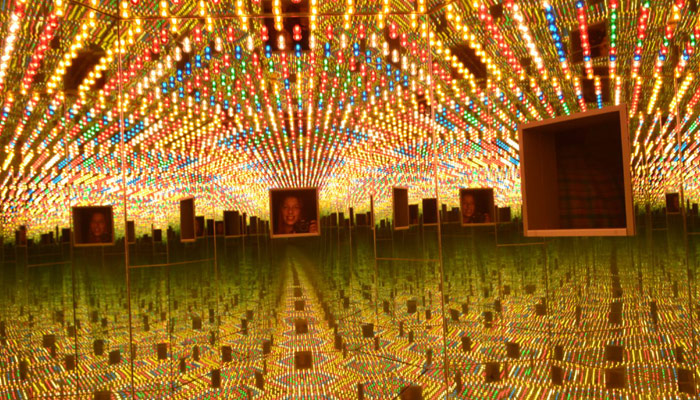 If you have ever taken children to any illusion museum you will know about infinity mirrors. Look into one and the lights around the edge appear to head to infinity. It gives you a sense that the path to the future is both clearly defined and well lit. This is what stock markets fell like in periods of intensely loose monetary policy.

When money is constantly cheap and available everything seems straight forward. Markets go up whatever happens, leaving investors free to tell any story they like about why. It is easy to believe that tech companies with profits in the low millions are worth many billions. Or, as one fund manager told me last month, that traditional equity valuation methods are no longer the point – all we need to think about before we invest these days is how the company in question can respond to digitalization. Nothing else matters. You can believe it is perfectly possible for a company to have no obvious end to its cash burning stage, but for its valuation to still keep rising. You can believe that the Philips Curve is genuinely dead: that labour will never regain the power to really make a difference to real wages. Or that, even if it did, workers are becoming such a tiny part of the corporate cost base that it simply doesn’t matter to profit margins. And you can believe that global companies will never be subject to the tax or regulatory whims of sovereign governments; that this time everything is different.

US monetary tightening has not exactly been kept under wraps. The dual approach of cutting its asset holdings while hiking rates has been well advertised. The Chinese government’s intention to attempt to deleverage has been no secret either. Nor has the tapering of quantitative easing in Japan or the intention of the European Central Bank to pull back from it completely. The ECB’s asset purchases fell from €60bn a month in 2017, to €30bn in January, 2018. Its president, Marlo Draghi, expects them to halve again in this quarter, with a view to ending them completely by the end of year. All this tapering and hiking might or might not be a good idea – not everyone would necessarily want to tighten monetary policy in Europe at a time when the Germany economy is looking iffy and Italy is attempting to assert its fiscal sovereignty.

Whatever you think of it, there is no doubt that the liquidity lights, if not already off, have been dimming for some time. Suddenly, what matters is not how much money is being printed, or when and where, but where we find ourselves in reality. In the case of stock markets, that means politics starts to matter again – but, in the main, it means investors have to start focusing properly on cash and valuations. When markets tumble, the collective need for a clear explanation becomes overwhelming. People who are usually indifferent to the performance of stocks suddenly want answers as a sharp slide in markets is on the news.

Higher bond yields are getting some of the blame. Then there’s mounting evidence of how Sino-US trade friction, a stronger dollar and weaker global growth are hurting companies. This has seen investors latch on to the narrative that US corporate earnings have peaked and that the tailwind from tax cuts will duly fade. Put bluntly, this means valuations are unsustainable as earnings are seen falling next year, triggering a messy adjustment on Wall Street that affects global investor sentiment. If they could draw up a wish list, investors would see more stimulus from an already heavily indebted China and a resolution over the trade with the US. Add in a budget agreement between Brussels and Italy, and a Brexit deal. And any sign that the Federal Reserve may pause in its interest rate rises, thereby undercutting the dollar, would be the icing on the risk party cake.

While such developments are feasible, the current tension in markets reflects a more profound change; the end of central banks’ decade-long suppression of bond yields and volatility.  The US has been at the vanguard as a stronger dollar and higher funding costs – the three-month Treasury bill is now around 2.3 per cent – have rippled across the world. Emerging market equities that today trade at their steepest discount versus developed world shares in price-to-book terms.

The end of central bank support for asset prices is only gathering pace. At the start of October, the European Central Bank reduced its monthly buying of bonds to €15bn and this week affirmed the end of quantitative easing in December. The Fed is currently reducing its balance sheet at the maximum pace of $50bn a month and is on track to continue raising overnight interest rates. Make no mistake; it will take a much bigger market shock – and one with the power to seriously hurt the US economy – to make the Fed pause.

October shouldn’t be seen as the end of the bull market. But this month can be recognised as the point at which the market shifts from being driven by liquidity to being driven by fundamentals. For those badly positioned for such a change, this is nasty.