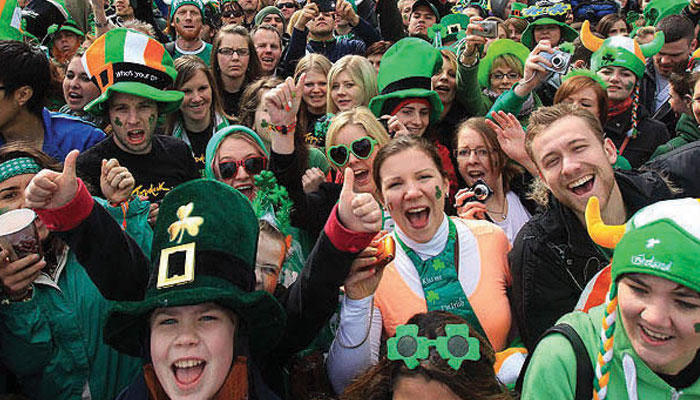 Some New York City lawyers choose a “Downtown Death” where, at an advanced age, your secretary hears a thud, enters your office and finds you lifeless, face-down on the desk, arms protectively extended over signed closing documents, having just completed the most lucrative financial transaction of your career.

Seven years ago, in 2011, at age 75, I chose another path, as I prepared to leave Volunteers of Legal Service (VOLS) where I had served as executive director for 25 years. VOLS provides free civil legal services to poor people in New York City. Six months before my departure, I open a new file and label it, “Future.” How exciting, at 75, to be compiling a list of future opportunities! On a legal pad, I list them under one of two headings: “Reality” or “Fantasy.” Let me begin with fantasy.

–Rise late each morning and walk three blocks from my apartment building to Fifth Avenue and 72nd Street. Enter Central Park to sit on a park bench in the sun and listen to songbirds.”Birdsong provided intimation of the music of heaven” to the French composer and ornithologist, Olivier Messiaen, noted his “Times” obituary writer. On reflection, I reject this option. Too passive an activity for me, and during the winter months, when the songbirds have wisely departed for warmer climates, I would be left shivering alone on a hard wooden bench.

— March in a parade up Fifth Avenue. I have watched many parades in New York City over the years, but never been invited to join any of them. I would choose the St. Patrick’s Day Parade on March 17, a rite of spring in New York City. On the parade march, I would pass some of my favorite places in the city. At 42nd Street and Fifth Avenue, the New York Public Library. At 50th Street, the eight ton gilded bronze statue of Prometheus, designed by Paul Manship, next to the Rockefeller Center Ice Skating Rink, beneath, at this time of year, a towering Christmas Tree. I feel forever indebted to Prometheus, as should we all, for having stolen fire from Zeus to benefit mankind. Without him, we would be shivering much of the time. Grand Army Plaza, at 59th Street, is surrounded by luxury hotels — the Plaza and Sherry-Netherland– and close by is the statue of the Union Army General William Tecumseh Sherman on horseback, led by Victory, who holds an olive branch. In past years, the St. Patrick’s Day Parade would continue up Fifth Avenue, following alongside Central Park, and turn east on 96th Street, ending at Lexington Avenue, a block from where we lived. Alcohol flowed and spirits were high in the street, making for a lively scene.

— Serve as United States consul in Venice, a place I know well, having made many visits there over the years. William Dean Howells, the novelist – no relation – was appointed consul by President Abraham Lincoln, having written a campaign biography of Lincoln. Without any political connections, this is not likely to happen to me. Loving Venice as I do, I would be willing to work as a crew member on a Venetian tugboat. My favorite Venice tugs are Hippos / Maximus / Strenuus / and Squalus. They guide large cruise ships through the lagoon, a tug at the bow and another at the stern. But I must be realistic. The work may be too physically demanding for me.

— Serve as the Astronomer Royal of England. Here the work is far less demanding. A holder of the position describes his responsibilities: “The Astronomer Royal’s duties are so slight that they could be performed posthumously.” The description hints at low pay, but posthumous responsibilities are welcome. Without them, Heaven will be awfully dull. However, being a Yank may make me ineligible for the position.

— Learn to cook, speak French and play the piano. Now this would be something useful. I would enjoy having these skills, but achieved no progress in any of them during the first eight years of my retirement. Why? Lack of confidence! At school, I was summarily removed from French class and placed in Remedial Reading, since the French sounds were interfering with my efforts to learn to read English. (At the time, mother was lecturing in French on international relations at the Sorbonne in Paris.) In cooking, I have never moved beyond preparing tea and toast. I love music, but was expelled from the school chorus as a “croaker” by the music teacher, leaving me scarred for life. (Slight exaggeration.) We had a seldom used piano at home in the living room. I never learned to play.

So much for fantasy. Inching my way now toward reality, in 1847, Henry David Thoreau responded in this manner to an alumni questionnaire on the 10th anniversary of his Harvard Class:

I am a Schoolmaster – a private Tutor, a Surveyor – a
Gardener, a Farmer – a Painter, I mean a House
Painter, a Carpenter, a Mason, a Day-Laborer, a
Pencil-Maker [the Thoreau family business],
A Glass paper Maker, a Writer, and sometimes
a Poetaster[.]

My recent response to an alumni questionnaire on the 60th anniversary of my Harvard Class — to be celebrated in 2019 — is a trifle thinner:

Over the years, chronologically, I have
held these positions : dog walker, farm
boy harvesting hay, waiter, painter (creosoting
cabins in Vermont),camp counselor, lawyer
for 50 years, and writer, teacher and traveler.

As I have done in my early retirement years, going forward, I want to fully embrace these three areas– writing, teaching and traveling — that have given me such satisfaction in life. As to writing, since retiring in 2011, I have published two essay collections: “My New York, A Life in the City” in 2013 and “Into Distant Countries, Travels and Personal Journeys” in 2014. I am about to complete a “Commonplace Book” – this is a collection of passages from decades of reading. The title will be, “Before Us on the Road, Favorite Passages from My Reading.” Since July, 2016, I have written monthly columns for Indian Economy & Market” under the heading, “Letter From New York.” This is the 30th column.

Teaching has been an important part of my life. While at Columbia Law School, one afternoon a week I taught current events to 5th graders at St. Bernard’s School in New York City where I had been a student. My first job, following graduation from law school, was being sent by the St. Bernard’s headmaster to Fajardo, Puerto Rico, to start up and teach at an elementary school. I taught grades 4-8 in all subjects but Spainish and Art. My first job, following 50 years as a lawyer, was to teach English literature and public speaking to 7th and 8th graders in Rajasthan. A classroom, for me, is an exciting place to work.

I have been privileged to travel to many parts of the world for pleasure and on business. My two most recent trips were to China and Iran. I plan to visit India in 2019.This will be my fourth trip to India, the first taking place in the 1960s when I accompanied mother as she gathered material for her books, articles and lectures. She had many admirers of her work in India.

The travels of Samuel Johnson and Henry David Thoreau were modest, but both recognized the value of travel in their life. James Boswell wrote of Johnson: “He talked with uncommon animation of travelling into distant countries; that the mind was enlarged by it.”

Unlike Johnson, Thoreau never managed to reach a distant country, but did travel “a good deal in Concord.” He seems to have scorned foreign travel: “It is not worthwhile to go around the world to count cats in Zanzibar.” On occasion, he managed to pull himself away from New England to visit New York. How pleased I was to read that upon arriving in the city, he spotted a muskrat swimming across a pool of water. He came to New York to explore publishing opportunities and tutor Emerson’s nephew who lived on Staten Island. One day he called upon Walt Whitman, at home in Brooklyn, for their only meeting.

Though far from being a heavy duty traveler, Thoreau reverenced the title of raveler, writing, and “His profession is the best symbol of our life. Going from _ to _; it is the history of everyone of us.” Travelers all, we are at different stages in our journey through life. For some years to come, I hope to write, teach and travel.