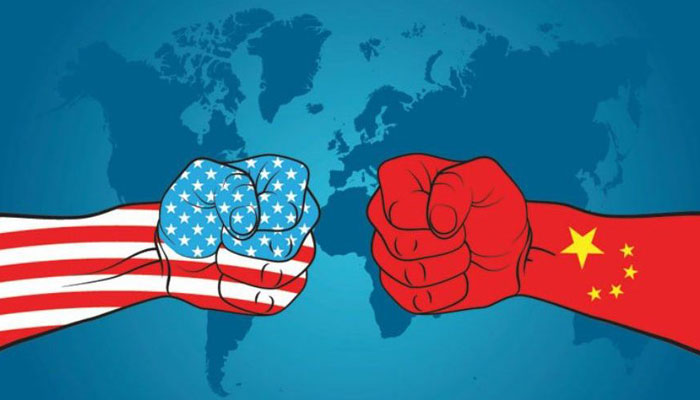 Calling the end of the global trading system is now a tradition that stretches back two decades. The bursting of the 1990s tech bubble; the September 11 attacks; an international epidemic of avian flu in 2005, all were predicted to throw sand in the wheels of globalization, and all failed to do so. Even the global financial crisis, with its echoes of the Great Depression, did not bring the system crashing down, although it caused a huge drop in world goods trade. True, the growth of goods trade since the world economy recovered has been markedly lower over the previous decade, still it has continued.

US president Donald Trump is the biggest threat to the benign and fragile situation since the global crisis. It is not just the steel and aluminium tariffs that he has imposed on a series of trading partners, nor the much more expansive duties on imports from China, but the sense that businesses can no longer rely on the US as an anchor to the world trading system. Happily, the threat to trade remains largely potential rather than actual. The most recent figures, part of the regular data series published by the Dutch Bureau for Economic Policy Analysis, showed the global volume of trade in goods recovering in August after a blip earlier in the year.

However, as the OECD argued this week, if Trump goes ahead with his threat to impose 25 percent across-the-board tariffs on imports from China, let alone on other trading partners, the impact is likely to be much more dramatic. And if the global economy slows, whether as a result of a trade war or because the long expansion has run out of steam, both monetary and fiscal policymakers should stand ready to offset the weakness with more stimulus. The probability that this will be explicitly coordinated, at least on the fiscal side, is low.

Whenever there’s a bout of market turmoil, we soon start hearing a clamour for central banks riding to the rescue. This is known as the central bank put, whereby policymakers do “whatever it takes” to help support asset prices such as equities, bonds and, more importantly for Main Street, housing prices. The put has been a backstop for investors since Wall Street’s Black Monday crash in 1987.

India’s current financial market liquidity crisis has evoked comparisons with the collapse of Lehman Brothers in 2008. Northern Rock or Bear Stearns are better analogies – two warning signals of what was to come when depositors and bond investors lost faith in the system and withdrew funding from all banks. If handled wisely, there is still time to strengthen Indian NBFCs and restore confidence.

But the central bank is right about India’s NBFC crisis, in two important respects. First, it wants non-bank financials and housing finance groups to help themselves while they still can, rather than putting off reforms and relying on the central bank to rescue them. The economy is still expanding robustly and lending is growing, so they have time to adjust. The problem is less loan quality than liquidity and the risk of losing access to funding. Non bank financials grew because bank lending was constrained at the same time as deposits poured into mutual funds from demonetization. It had to find an outlet and NBFCs raised funds through bonds and commercial paper to finance loans. For some – particularly housing finance companies that lent to property developers – this created a yawning mismatch between assets and liabilities. They have offered 10-year loans backed by commercial paper that needs to be rolled over every couple of months. This only worked as long as confidence remained high and some are now scrambling to find funding. The central bank wants them to shift funding to long-term (more expensive) bonds. Many of India’s consumer credit companies have stable balance sheets, but some of the NBFCs have instead lobbied the finance ministry to force the RBI to stand behind their flimsy paper. That would turn the central bank into a lender of first resort and reward poor behavior.

The second reason the central bank is right that India needs more consumer credit and lending to small and medium-sized enterprises. The expansion of non-banks to 20 percent of this lending market would be healthy if the sector could be funded in a stable way. Most of India’s NBFCs are not nefarious – they provide a useful service.

The crisis need not be wasted, if the central bank uses it to cajole non-banks on to sound footing. With stronger oversight, India can democratize credit.