On Keeping A Diary 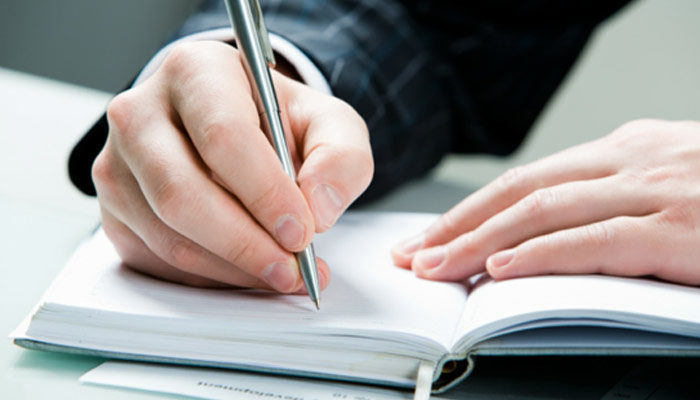 Do you keep a diary? If ‘yes’ how many of you record the day to day events in your life? The people who say ‘yes’ again are a negligible few. But yet they are the makers of history. They have to be adored. Many people love to record their events. Me too. On every New Year’s Eve, I decide to maintain a diary all through the year. I faithfully start it on the New Year’s Day, even if the day goes uneventful. Almost all my diaries begin with the following note:

“Dear Diary, where can I find a true friend like you? Who can be more consoling than you in the worst of times? Won’t I feel relieved when I pour out to you from my distressed heart? And when I happen to read again, sometime in the later part of my life, say old age, won’t you take me down my memory lane and show me the different worlds I have passed through and the different masks I have seen on different occasions, sometimes worn them too? Accept all my confessions and guard them as a great secret, and if possible try to find a place in the CODEX section of the library in Rome.”

Once the recording of such lines is over – the words may differ from diary to diary, but the idea would be the same – my mind would try to locate an event fit enough to get into my diary and finding none, I would write: “Today begins a new year. I plan to keep a diary. I decide to maintain it.” January 2 comes. I record: “I woke up early in the morning and prepared for my classes. In the college, all the M.Phil candidates attended while all the postgraduate students boycotted my class, for a new Hindi movie was released in a couple of theatres here.” January 3 comes. I scribble: “My wife is sick and I attend to her.” January 4 comes. “Nothing much to record today except that my wife has recovered but I am ill”. January 5 comes driving away the urge to write in the diary. From that day my diary takes rest. It remains safe all through the year and finally joins the brotherhood of old diaries. Not a single diary in my cupboard can ever boast of all its pages filled in.

Do diaries like to remain virgins? Definitely no. They like to record the past for the benefit of the future. Diary is like a confessor taking down the confession of a sinner or a saint. While it is true that the priest is bound by the canon law and so not expected to reveal the confession, it is also true that diaries somehow find their way to the publishers who proudly cater to the need of every interested reader. Oh, does it not amount to voyeurism?

Not only eminent writers but also honest politicians keep diaries. After a time, the politicians burn them for obvious reasons before they enter their grave but the former’s progeny proudly send them to the press. Diary is a private property made public by the publisher. The publisher fills his coffers while the poor wretch who slogged with his diary for nights together could enjoy neither popularity nor royalty, for most diaries are posthumous publications.

Every diary is a first rate betrayer. It speaks of the diarist’s character for he registers his whims and fancies with no taboo attached. The diarists write only for themselves, having the least idea that they would be made public one day or the other.

Brushing aside the minus points in maintaining a diary, let us take a look at the plus. Diary makes its writer well disciplined, for the writer has to sit tight with it, recollect and then speak to it. The poor diary is only a passive listener busily recording the voice of its master. Diary is a historian designate. Not only is it a history of the diarist but also the history of the period and the place one lived in. Had Ananda Ranga Pillai not written his Diary the Pondicherry under the French rule could have shrouded in darkness. He was the chief dubash to Monsieur Dupleix, the famous French governor who ruled Pondicherry during the 18th century. His Diary (from Sept. 6, 1736 to Sept. 6, 1760) available in 12 volumes gives for 25 years a continuous record of what Mr. Pillai did, of the people whom he saw and what he thought of those people. Eminent historical figures – Dupleix and his wife, Chanda Saheb, Yousouf Khan, Lally, Labourdonnais and many others – come to us in flesh and blood.

Had the Naval administrator Samuel Pepys not kept a Diary (1660-1669), we would have lost a graphic description of the Plague (1665) and the Fire (1666) of London. Historians thank him profusely for depicting himself and his times with exceptional honesty. Had not the German-Jewish girl Anne Frank not recorded in her Diary the years of her hiding in an Amsterdam Warehouse from 1942 to 1944, readers the world over would have missed an impressive account of a group of hunted people forced to live together in almost intolerable proximity. And so, dear readers, maintain a Diary. Diary is also a form of literature. I too plan to begin one this year and by all means record every night my daily activities.