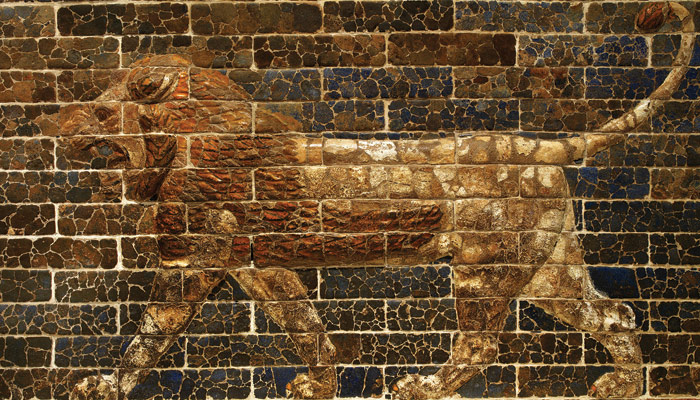 In his book ..And Forgive Them Their Debts, American economist, Michael Hudson re-examined the history of lending. The period that particularly excites Mr Hudson is the Bronze Age in ancient Mesopotamia and Babylon. This era is not well known, yet echoes still exist: the Statue of Liberty reflects the Babylonian practice of emperors holding up a torch during a proclamation. The inscription around the Liberty Bell in Philadelphia – “Proclaim Liberty throughout all the land unto all the inhabitants thereof” – also harks back to Babylon. Mr Hudson explains why the phrase has particular significance.  “Liberty” does not simply refer to the idea of freedom but to another idea: debt forgiveness.

Evidence shows that Mesopotamian societies used interest-bearing loans; the first tablets and records from this period are essentially lists of debts. Scribes knew that debt tends to grow faster than the economy as a whole, creating inequality and tension. From 2500BC, emperors would periodically declare a debt jubilee to restore, “economic balance by cancelling agrarian personal debts, liberating bondservants and reversing land forfeitures”. That literally “wiped the (debt) slates clean”. This practice did not extend to business-to-business debts – it only affected agrarian debts owed to temples (ie the sate). But these jubilees created a safety valve. Whenever debt exploded to a point that inequality was creating crushing tensions and harming productivity, the emperor would act.

Our modern political economy is shaped by ideas from Roman and Greek law, and the Romans took a different approach, choosing to uphold creditor and property rights. “Classical antiquity replaced the cyclical idea of time and social renewal with that of linear time,” Mr Hudson observes. “Economic polarization became irreversible, not merely temporary.”

Debt is sometimes wiped out in our modern world, through bankruptcies, defaults or sovereign debt restructuring plans, but these events are aberrations. Modern finance is predicated on the idea that debts should be repaid. Debt forgiveness is so taboo that when American leftwing groups called for mortgage debts to be written off after the 2008 housing crisis, they were shot down. Similarly, there has been little political impetus to write down America’s crushing $1tn plus student debt. You only need to look at Greece to see the European opposition towards writing off national debt even when it is clear that this debt will never be fully repaid. The Babylonian mindset seems deeply alien now. The modern world, however, does share one thread with the past. Debt today, as in 2500BC, has a nasty habit of expanding faster than economic growth. The economic history of the past century is a story of ever-expanding global debt: as a proportion of gross domestic product, debt now stands at a record high of 217 per cent, up from 117 per cent in 2008.

“The Telangana’s Rythu Bandhu Scheme (RBS) model seems to have captured the imagination of politicians. Under this currently, Telangana pays Rs4,000 per acre per crop season. It is direct, uncomplicated payment to farmers. This seems to have worked politically, and there could be takers for this. As a policy solution, the Telangana experiment has benefitted the incumbent chief minister K. Chandrashekar Rao in the recent assembly elections, where his party swept the state.”

All these become relevant in the context of farm loan waivers currently being doled out by politicians across the country. There is absolutely no doubt that there is farm distress. It has been there for quite sometime and has become more acute recently. Agriculture in 2019 will open with at least two election promises:  of MSP continuing at 50% over costs, either the present formula or revised to C2 costs, and a farm loan waiver of short-term crop loans.

Implementation of MSP is clearly ineffective since the market realities are not aligned with it. There is the new and ambitious agriculture export policy. And the much publicised e-NAM. However, the ground reality hasn’t really changed with either increased MSP or even introduction of e-NAM.

The model that seems to have captured the imagination of politicians and economists alike is Telangana’s Rythu Bandhu Scheme (RBS) model. A flat (untied) basic cash (income/investment) support to farmers has clearly demonstrated its advantages. This could be the Quasi Universal Basic Income (Investment) Support. Currently, Telangana pays an amount of Rs.4,000 per acre (Rs.9,884 per hectare) per crop season. This seems to have worked politically, and there could be takers for this. RBS has the advantage of reaching all farmers (except tenant farmers) who are into crop husbandry irrespective of whether they have access to bank, private or no credit at all. It is direct, uncomplicated payment to farmers. As a policy solution, the Telangana experiment has earned accolades, and even benefitted the incumbent chief minister K. Chandrashekar Rao in the recent assembly elections, where his party swept the state.

Experts concur that compared to loan waivers or price support measures to pacify farmers’ unions, income transfers are more equitable and do not impact either the banking ecosystem (leading to defaults by farmers and banks advancing lower volumes of fresh credit) or crop choices (like growing sugarcane in water-scarce Maharashtra). Is this the way forward? Come 2020, this may well be. Sceptics will point to the exclusion of tenant farmers. But, we have to start somewhere and let the market forces respond. If the latter do not, positive interventions may be required later. In any case, the good cannot wait because the best is yet to come.