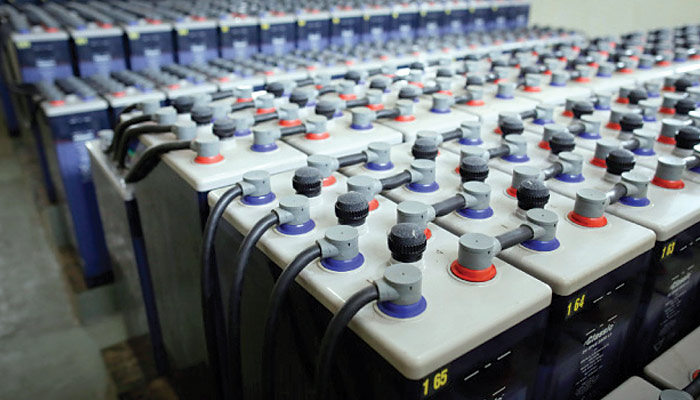 Future is in electric vehicles and battery is main part in it. No doubt, lots of new technologies will be introduced in future in this sector but at the same time, the sector leaders will adopt new technology faster than others. There are only two listed companies in automobile and industrial battery segment which are enjoying huge market share in branded battery segment. It is expected that both the companies will register superb returns over next 3-5 years. Currency stability and lower fuel cost will play a major role to enhance the margin as a whole.

For more than six decades, Exide has been one of India’s most reliable brands, enjoying unrivalled reputation and recall value. Exide designs, manufactures, markets and sells the widest range of lead acid storage batteries in the world from 2.5Ah to 20,600Ah capacity, to cover the broadest spectrum of applications. Using the latest technological inputs, it manufactures batteries for the automotive, power, telecom, infrastructure projects, computer industries, as well as the railways, mining and defence sectors.

With nine factories spread across the country, Exide’s range and scale of manufacturing operations can be matched by very few companies in the world. Out of the nine factories, seven factories are dedicated to manufacturing batteries and the other two for Home UPS Systems. Together, the manufacturing plants produce an annual output of 8 million units in Automobile batteries (including batteries for motor-cycle applications), and over 600 Million Ampere-Hours of Industrial Power. Exide has subsidiaries in the UK, Singapore and Sri Lanka and its exports span 50 plus countries across six continents. It is also having presence in insurance sector with its wholly-owned subsidiary company Exide Life Insurance Company Limited.

Amara Raja Batteries Limited is the technology leader and one of the largest manufacturers of lead-acid batteries for both industrial and automotive applications in the Indian storage battery industry. In India, Amara Raja is the preferred supplier to major telecom service providers, Telecom equipment manufacturers, the UPS sector (OEM & Replacement), Indian Railways and to the Power, Oil & Gas, among other industry segments. Amara Raja’s industrial battery brands comprise PowerStack, AmaronVoltTM and Quanta.

The Company’s Industrial and Automotive Batteries are also widely exported. Company’s plants are located in Tirupati and Chittoor, wherein December 2017, Company has commissioned its two-wheeler battery plant at the Amara Raja Growth Corridor. The first phase of the plant, which has been commissioned, will have a capacity of 5 million units. The plant will have an ultimate capacity of 17 million units with an estimated investment of Rs700 crore, taking the total capacity for two-wheeler batteries to 29 million units. Galla family and Johnson Controls Inc. USA, holds 26% equity each in this Company.

During Q2FY19, its sales grew by 22.81% to Rs1753.05 crore while its PAT declined 5.49% to Rs120.23 crore. The total sales increased by 13.97% at Rs3531.72 crore during H1FY19 as against Rs3098.78 crore in the corresponding period last year. The PAT stood at Rs233.26 crore during H1FY19 as against Rs227.07 crore during the corresponding period last year, registering a growth of 2.73% over the same period previous year. Both the automotive and industrial volume growth during the Q2FY19 has been encouraging and is supported by significant growth in export volumes. While lead prices have softened in the recent months, rupee depreciation has put pressure on input costs. Stock is trading at PE ratio of just 26.2x which is attractive. One can buy this stock in staggered manner for 15 to 18 months investment horizon.