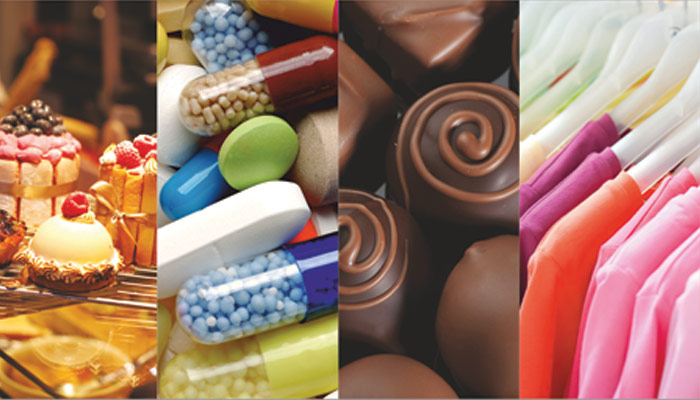 Quite attractive at the current level

Incorporated in 1991, Ahmedabad based Gujarat Ambuja Exports Limited is India’s leading manufacturer of Starch Derivatives, Soya Derivatives and Cotton Yarn. The Company has FSSC 22000, ISO 9001:2008, 22000:2005, GMP, Halal & Kosher Certified Units, which are well established, multi-dimensional & multi-product. GAEL has six solvent extraction plants in various parts of the country with a combined crushing capacity of 4500 MTS per day, besides edible oil refineries and plants for manufacturing hydrogenated vegetable oil, Lecithin, Bakery Shortening as well as wheat milling division. Its Bio-Chemical division is into Wet-Milling of corn and has set up four sophisticated, state-of-the-art corn processing plants of international standards with a combined crushing capacity of 3000 MTS per day, the largest corn processor in India. Its Soya processing plants are having the 2nd highest crushing capacity in India. Company has a Ring Spinning cotton yarn unit with 65520 spindles. Gujarat Ambuja’s Tree Brand is a well-established brand of international standard well known for its best quality yarn in most countries. It is also engaged in production of green energy from wind turbines and solar. The best part is that more than 60% of power generation is by using non-conventional source of energy.

Industry Overview
The Company has three manufacturing segments, the products of which are having application for end use in multiple industries. All the three segements have performed at par with previous year. This is good performance considering the impact of GST in first six months of FY2017-18. There was a favourable change in revenue mix due to growth of 129% in export revenue in FY 2017-18.

Maize Processing Segment: With completion of first phase of Chalisgaon project the segment has now strengthened geographical presence in West, North and South India. It has the potential to become the highest revenue contributor among all the segments of the Company. The derivative production at all units also has increasing trends. The Chalisgaon unit helped the Company to target the export market of starch aggressively and this allowed the other units to focus on derivative production.

Agro Processing Segment: The segment has twin manufacturing activities. The mainstream activity is oil seed crushing and downstream activity is refining of edible oil. The refining activity also benefited due to higher manufacturing in mainstream activity. This also reduced the dependency on imported crude edible oil. Traditionally the oil seed crushing segment is highly driven by export prospects. The export of de-oiled cake has increased significantly in H2FY18. Over a period of past few years the Indian manufacturers faced the problem of unattractive prices for export. Due to this the export of de-oiled cake had reducing trend in past few years. However continued trend of increasing domestic consumption of de-oiled cake is likely to reduce the need for looking out for export market. Company believes that domestic market itself would consume majority of de-oiled cake production. Therefor, the capacity utilization of oil seed crushing would have consistant growth in coming years. This would give opportunity to refining segment also to run at higher capacity utilization with minimum dependence on imported crude oil.

Recent Development
In a recent development the Company has decided to put up a Green Field plant at Malda, West Bengal for 1000 TPD Maize Processing at an estimated cost of Rs300 crore. The plant will manufacture Starch, Liquid Glucose and Sorbitol to cater to the requirements of Eastern part of the country and export markets of Bangladesh and South East Asian countries. The project shall be executed within a period of 2 years. Secondly, the second phase of its Chalisgaon plant shall be completed in Q4 as per schedule. The first phase is currently operating at 80% capacity utilization.

Our Take Very soon commissioning of additional capacities in Maize segment and planned completion of Chalisgaon project, would improve realizations and margins in H2FY19. Its 52 week high rate was registered on 25th April 2018. Stock has almost corrected 22.5% from 52 week high. At CMP, GAEL trades at PE ratio of 12x earnings. Based on all these financial and performance parameters, the GAEL share looks quite attractive at the current level and investors can accumulate this share in staggered manner with a stop loss of Rs200 for an upper target of Rs350-375 in next 18 to 24 months. Recently SBI CAPITAL has also given buy rating with target price of Rs370.