Notes for the New Year 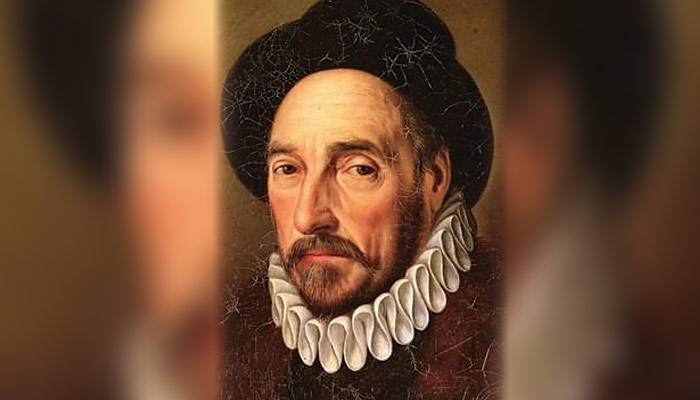 Montaigne tells us that we are no better than “assesloaded with books” if we fail to make use in our lives of what we learn from our reading. I have been reviewing my reading notes with this thought in mind in preparation for the New Year.

Suffering humanity is a major theme of my notes. “The life of the average human being on our planet is very difficult and harsh,” writes the Polish journalist, Ryszard Kapuscinsk. He continues: “For me, this isthe most important thing we are facing….”  Camusis even more dramatic : “The eternal cry of human pain.” Beckett writes : “The tears of the world are a constant quantity. For each one who begins to weep somewhere else another stops.” If only this were so. The reality is that tears are infinite.

Writing found on the walls of Sangatte, a refugee center, now closed, used by migrants from the Middle East trying to cross the Channel from France to England :

We have trapped ourselves. We are lost.
We have destroyed our home with our
own hands : we have become sorrow for
our mothers, our fathers, our neighbors.

Aeneas arrives in Carthage as a refugee of the Trojan War. He comes upon scenes depicting the fall of Troy on palace walls. “[T]hey weep here/ For how the world goes, and our life that passes / Touches their hearts.” Dido, herself once a refugee, welcomes the Trojans.”Through pain I’ve learned /To comfort suffering men.

” Shakespeare in “King Henry the Fifth.” The English camp at Agincourt. A common soldier speaks wordsthat should be committed to memory by every head of state:

But if the cause not be good, the King has
a heavy reckoning to make, when all those
legs and arms and heads, chopped off in a
battle join together at the latter day, and cry
all, “We died at such a place!”

George Orwell, in his book, “Down and Out in Paris and London,” writes of learning what it means to live in poverty. “I shall never again think that all tramps are drunken scoundrels, nor expect a beggar to be grateful when I give him a penny, nor be surprised if men out of work lack energy….That is a beginning.” A beginning, indeed! We need to be far more aware of human suffering and bringing about relief. And let’s not forget prisoners :

Remember all prisoners…and give them
hope for the future ….Remember those who
work in these institutions; keep them humane
and compassionate; and save them from
becoming brutal or callous. “Book of Common Prayer”

In my reading, I encounter much kindness. FlorenceNightingale arranges to bring Alexis Soyer, chef of the Reform Club in London, to improve food for English troops in the Crimea. Writes Cecil Woodham-Smith : “As he walked the wards with his tureens of soup, the men cheered him.”

The stereotype of Samuel Johnson is that of a curmudgeon delivering crushing etorts. Overlookedare his many acts of kindness. His concern for the welfare of his copyists continued long after the publication of the “Dictionary.” He sends money to Shiels. He writes a preface to Macbean’s geography book to help promote its sale, and finds him in a place in a home for “decayed gentlemen.” He helps to arrange a theater benefit for Milton’s indigent grand daughter: “an opportunity … to secure the praise of paying a just regard to the illustrious dead, united with the pleasure of doing good for the living.” He personally buys oysters for Hodge, his oldand infirm cat, so that his servant “might not be hurtat seeing himself employed for the convenience of a quadruped.”

Chekhov offers to help his troubled older brother, Alexander. “I’ll write him a diplomatically — abusive — gentle letter.” To his younger brother, Misha : “Why do you refer to yourself as an ‘insignificant and inconspicuous little brother?’ …. Do you know before whom you ought to be conscious of your insignificance? Before God, perhaps the human intellect, beauty and nature, but not before men. Before men you must be aware of your own worth.”

In this passage from his play, “An Ideal Husband,” Oscar Wilde puts aside wit and cleverness to make a profound observation.

Lady Chiltern: [Lord Chiltern is a member of Parliament]. Robert is as incapable of doing a foolish thing as he is of doing a wrong thing. Lord Goring: [In her view, a mere dandy]. Nobody is incapable of doing a foolish thing. Nobody is incapable of doinga wrong thing….All I do know is that life cannot be understood without much charity, cannot belived without much charity. It is love, and not German philosophy, that is the true explanation of this world, whatever may be the explanation of the next….Lady Chiltern [Looking at him in surprise]. Lord Goring, you are talking quite seriously. I don’t think I ever heard you talk seriously before. What will the other dandies say?

Lord Goring : [Laughing ]. You must excuse me, Lady Chilten, it won’t occur again, if I can help it. (Lord Goring, like Pierre in “War and Peace,” is much undervalued. Such people surprise us and delight me.)

My reading notes contain this moving comment of Boswell : “How sad will it be, if I turn [out] no better than I am.” The wisdom of Ibsen in his play, “The Pillars of theCommunity” :
Bernick: I have learnt that, too, these past few days; it is women who are the pillars of the community.

Miss Hessel: Then you have learnt a poor kind of wisdom, my dear man. [Laying her hands firmly on his shoulders.] No, my dear; the spirit of truthand the spirit of freedom, they are the pillars of the community. There is humor in my reading notes. Flaubert on his moods.”I pass from exasperation to prostration, then I rise from annihilation to rage so that my emotional temperature is a state of annoyance.” Moliere in “The Misanthrope.”

These faults of which you so complain
Are part of human nature, I maintain,
And it’s no more a matter for disgust
That men are knavish, selfish and unjust,
Than that the vulture dines upon the dead,
And wolves are furious and apes ill-bred.

The Comte Greffulhe asks Proust to sign his guest book : “Just your signature, please. No comments.”
Wisdom from three Presidents of the United States :

George Washington : “It is not part of a good citizen to despair of the republic.” Thomas Jefferson : “The great principles of right and wrong are legible to every reader : to pursue them requires not the aid of many counsellors.”
Abraham Lincoln : “[T]o elevate the condition of men, to lift artificial weights from all shoulders; to clear paths of laudable pursuit for all; to afford all an unfettered start and a fair chance in the race of life.”

Being one with nature : “And he was charmed with the evening, the farmhouses and villas on the road, and the birch trees, and the quiet atmosphere all around, when the fields and woods and the sun seemed preparing, like the workpeople now on the eve of the holiday, to rest, and perhaps to pray….” – Chekhov

To conclude with Rilke : “And now let us believe in the long year that is given to us, untouched, full of things that have never been.” The New Year awaits us.