Looming war clouds and the market 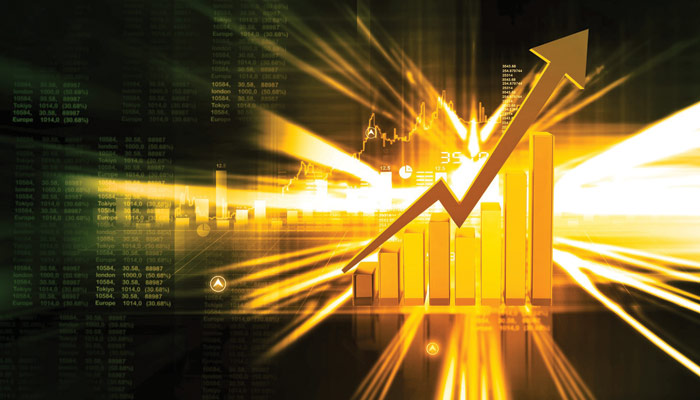 The subcontinent is ringing with war cries. Election Commission can announce the date any time. Opposition parties are gearing up to make sure the present regime is not coming back in May. So uncertainty is everywhere. However, if various data and the general mood of the decision makers are taken into account, all is well. In February this year, the government provided further capital infusions to public sector banks. These measures, combined with the application of the Prompt Corrective Action framework, which requires timely recognition of bad loans, and resolution of bad loans through the Insolvency and Bankruptcy Code, are helping to address solvency and asset quality challenges. Non-performing assets declined to 10.8 per cent in September 2018 from a peak of 11.5 per cent in March 2018. The central bank expects this ratio to improve further to 10.3 per cent in March 2019.

In November 2018, ratings agency Moody’s raised India’s sovereign ratings for the first time in thirteen years. It had estimated that India will grow at a rate of 7.6 percent in 2018 and 7.5 per cent in 2019, amid signs of economic recovery from the impact of demonetisation and implementation of goods and services tax (GST). Remember, India has grown at over 9 percent each year from 2005 to 2008.

India’s economic recovery will accelerate to 7 percent in the December quarter, a report by Morgan Stanley said. The international financial services major expected industry and services sector to accelerate and agriculture sector decelerate in the third quarter. Earlier, the investment rate in India plunged to 30 percent of the GDP in 2017 from a high of 40 percent it observed in 2011.

Moody’s in another bulletin has said that Indian economy is expected to grow at 7.3% in calendar year 2019 and 2020, and the government spending announced ahead of elections this year will support near-term growth. Moody’s said the announcement in Interim Budget 2019-20 on direct cash transfer programme for farmers and the middle-class tax relief measures will contribute a fiscal stimulus of about 0.45 per cent of GDP. The agency feels that the country is less exposed to a slowdown in global manufacturing trade growth than other major Asian economies and emerging markets and is poised to grow at a relatively stable pace in the two years.

On the global front, some of the world’s biggest economies are moving deeper into a slowdown. The OECD economic indicator follows a run of numbers that mean growth this year could be even slower than currently anticipated. Trade tensions with the US have resulted in data as Chinese exports slumped 4.4% in December from a year earlier, marking the worst performance in dollar terms since 2016. Imports also dropped the most since 2016, hinting at softening demand at home that could have implications for exporters to China. The Euro Area too is not safe as the output declined 1.7%, with a slump in Germany, putting it in a technical recession. There are also concerns about Italy’s economy.

India’s biggest booster, the US economy kicked into high gear last year, recording the strongest growth in 13 years in the wake of sweeping tax cuts and fiscal stimulus. However the worrying factor is that the world’s largest economy was slowing toward the end of 2018, suggesting the boom had begun to fade, according to the Commerce Department report. GDP expanded by 2.9 per cent in 2018, up from 2.2 per cent the year before, approaching the target set by President Donald Trump.

Although the country brought in the New Year with a partial government shutdown and a growing sense of pessimism about the nation’s economy, still according to a survey released by Gallup Americans are more optimistic about their finances than they have been in 16 years, with 69 percent expecting their financial situation to improve in this year. The optimism level is just two points off from a peak reached in 1998 when 71 percent were optimistic about their finances in the year ahead. Only once in 114 polls going back to 1977 have Americans been more optimistic about their personal finances in the coming year than they are today. Half of Americans said they are better off now than they were a year ago and that number is the highest since the recession in 2007 and the first time since then that at least half of Americans said their situation had improved over the past year.

America is what matters the most for Indian economy, and it is throbbing. The mood in the country, despite war cries and opposition’s tantrums, the economy is booming and people who matter don’t look tense. So investors should not worry and take full advantage of the opportunities to invest.