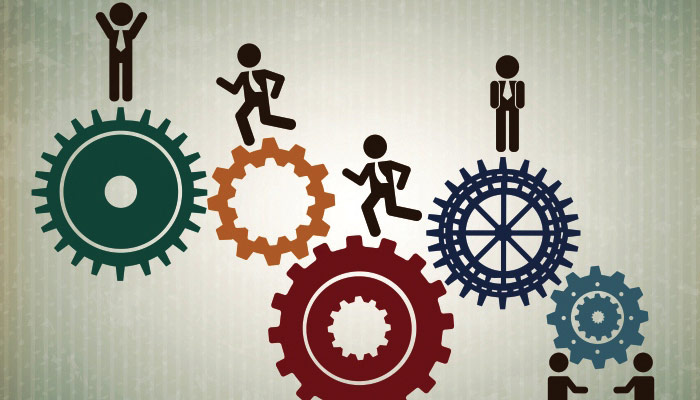 The paradigm of growth in India is changing. In the most recent decade, larger corporates, which have conventionally been perceived as drivers of economic growth, are now sharing the limelight with start-ups and Small and Medium Enterprises. These businesses are not only contributing considerably to GDP and employment but emerging as high powered engines of sustainable progress, providing solutions to complex grass root level concerns and bottlenecks.

Until now, availability of formal sector finance and the existence of physical infrastructural bottlenecks have held these enterprises back, limiting their growth. However, an increasing number of financial institutions have realised the colossal potential that this segment offers and begun catering to it as a matter of mutual benefit. As testament to this trend, in recent times, while the financial sector in general and more specifically non-banking finance companies experienced tight liquidity conditions, figures released by MFIN, the association of microfinance providers revealed that the microfinance industry saw robust loan disbursement. Predominantly issuing small ticket loans, the micro finance sector saw a 43% increase in the grown of credit as of December 2018, compared to the same period in 2017. This was on the back of a 51% year-on-year growth in the second quarter of FY 2018-19, ended December 2018, as well. The growth in micro-finance disbursement becomes more impressive when seen against the backdrop of some MFIs transforming into banks while others have been acquired in recent quarters.

With these sterling numbers, it’s not surprising then that the volumes of funding to the sector have been increasing; in December, Fusion microfinance saw an infusion of Rs 520 crore from Warburg Pincus, while Satya microfinance received an investment of Rs 43 crore from a Japanese investor while a number of MFIs are also coming to the market with IPOs.

With a facilitating policy environment as well as growing formal sector finance, the micro enterprise sector has come a long way. With the introduction of micro finance in 1971 financial inclusion of excluded households at the bottom of the pyramid began. Later, in the mid-90s, with a suitable adaptation of the ‘Grameen model’, the movement continued to thrive with a reliance on the creditworthiness of poor people by leveraging their social collateral.

In terms of policy facilitation, the RBI recognised microfinance as a separate category of NBFCs to further promote financial inclusion. There are specialised guidelines for NBFC-MFIs and accredited credit bureaus, with an emphasis on data submission. A universally adopted fair practice code and self-regulatory bodies such as MFIN and Sa-Dhan also evolved along the way. Most importantly, technology has played an important role at every stage of MSME progress. A recent study by Yes Bank reveals that while over 60% of MSME respondents are digital users, only 5% have fully embraced digital technology; this highlights the potential for their further development.

Today, the MSME sector is a crucial segment of the economy, with a significant contribution to GDP, exports, industrial output and employment generation. The Central Government confirmed that by 2018 there were around 50 million MSMEs, both registered and unregistered, employing 120 million, second only to agriculture. A survey by the industry body CII revealed that the MSME sector created 13.5 million to 14.9 million new jobs over the past four years, registering a job growth rate of 13.9%. MSMEs also contributed 6.11% of manufacturing GDP, 24.6% of services GDP and 40% of exports.

Looking ahead, this sector has the potential to deliver even greater benefits in terms of sustainable economic growth, if crucial bottlenecks such as finance and infrastructure are addressed. They will also make great future strides if supported with suitable technology and quality up gradation and equipped with information and communication tools.