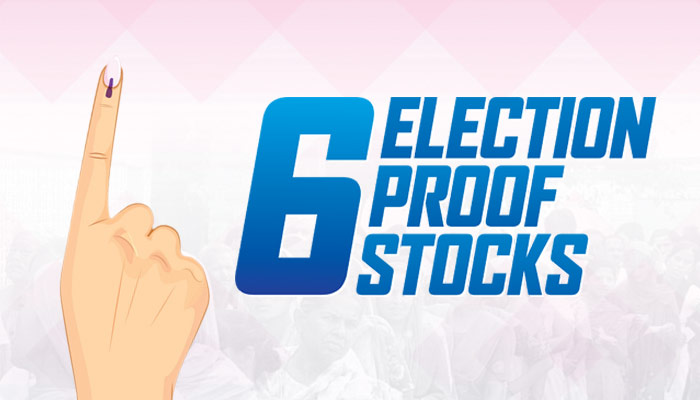 Nevertheless, in the last one month, things have changed dramatically. The Indian equity market is now one of the best performers among the emerging markets and frontline equity indices are currently trading at their lifetime high.

The reasons for such a strong performance can be attributed to two factors. First and immediate being, the purchase of domestic shares by foreign portfolio investors (FPI) in a huge quantity. In the last month of the fiscal year 2019, they have purchased domestic stocks worth Rs33,391 crore, which remains highest in the last two years for any one month. Last time they purchased local stocks in such huge quantity was in March 2017, when BJP, the current ruling party at center won an election in Uttar Pradesh. They purchased shares worth Rs31,326 crore in the month of March 2017.

The factor that prompted them on buying domestic shares is because Indian equity market was underperforming other emerging markets for a while and the current rally was just a catch-up rally and FPI did not want to miss that. Nevertheless, another strong factor that prompted them to invest in the Indian equity market is the expectation of the return of the current government at the center.

Until October 2018, most polls suggested a BJP coalition win, however, the election result of three states in favour of Congress has changed the sentiments. Since then, they are pointing to a hung parliament. However, these trends are changing in polls conducted after the recent flare-up of India Pakistan tensions. Moreover, Prime Minister Narendra Modi’s popularity remains fairly high. Until a few months ago, it was expected that rural incomes, the health of India’s small businesses, and the outlook on jobs could be the key economic issues that would impact voting behaviour. The government had perhaps believed the same. This is the reason the budget was targeted to address such issues. It announced a new direct cash transfer scheme for small landed farmers. It also announced a string of measures to help the fortunes of small businesses.

However, since then, an attack on CRPF (on 14 February) and the subsequent use of force by India and Pakistan against each other has fanned nationalist sentiments. Given the situation is fluid and the salience of the national security issue just weeks before the elections, we think nationalism could trump economic issues in impacting voter behaviour in the upcoming elections. Therefore, given recent developments, national security issues could be more important than economic issues in the final run-up to the elections.

Therefore the current run-up is also discounting the return of the BJP government at the centre, which means policy continuation and hence confidence of the foreign investors.

What history predicts about the market?

Historically we have seen that the markets have traded well heading into elections. Therefore, this recent rise in the market is no surprise. Equity markets have rallied earlier in an election year, irrespective of coalition or single-party government.

The following table clearly shows how Sensex has performed six months before and 18 months after the election, not a single time they have given a negative return. The fundamental factor that drives the equity market is a surge in spending and higher economic activity during and after the election. Experience shows government spending is likely to spike before the upcoming state and national elections in India. Government, in the year preceding an election, on average, the central and state governments spend an additional 0.5 percentage and 0.9 percentage of GDP, respectively, compared to non-election years, which is reflected in the equity market performance.

Nonetheless, there are reasons that may make equity market volatile this time. First, after thirty years a single party has formed government at the center and hence anti-incumbency factor may play out that can limit the number of seats that BJP can win. Second various coalitions that were absent during the last election may impact in the coming election.

Therefore, in the following pages, we are giving recommendations that are not going to get much impacted by the election result. Let’s take a look at the six election proof stocks. formulations, which contributes 83% of revenue and API contributing the rest of the revenue. The US business contributed 47%, Europe contributed 24%, ARV contributed 6%, Betalactum business contributed 11% while the rest 6% was contributed by non-Betalactum. Its product portfolio is spread over seven therapeutic/product areas, including antibiotics, anti-retroviral, cardiovascular, central nervous system, gastroenterological, anti-allergies, and anti-diabetics. The Company has in the pipeline 510 ANDAs (ex-Sandoz) with 356 approvals, 29 tentative approvals and 125 pending approvals in Q2FY19. In December 2018, Aurobindo has been named in a lawsuit for selling adulterated irbesartan in US.

The Company’s US business saw the strongest quarterly sales at USD 350mn up by 17% on a yearly basis and 14% sequentially. It was led by the healthy performance from its injectable business and improved traction in recently launched drugs. It’s base business saw stable volume growth and ramp-up in OTC as well as Natrol business. The management has guided for continued growth in US generics business in FY20, led by a new launch in oral dosages, a controlled substance, and injectable.

The Company is on the right track to achieve 30% growth in FY19 and expects continued strong growth in FY20, led by the ramp-up in Ertapenem sales and other new launches like Vancomycin. One the six election proof stocks is, Dabur India, this is the fourth largest FMCG Company of the country with presence across various segments including an international presence. Its consumer care contributes 47.6% of the total revenue. The foods segment contributes 12.8% of the revenue while healthcare has 5.9% share in total revenue. The international business of the company now contributes 30.2% of total revenue, which spans across Southeast Asia, MENA, and the USA. It enjoys a strong brand portfolio including Dabur Amla, Dabur Chyawanprash, Vatika, Hajmola, Real, etc. Going ahead the Company plans to penetrate 60,000 villages (particularly in South India) in order to capitalize on the revival in rural consumption (45% of revenue).

The company is already adopting various strategies to achieve this. They are already gaining market share in select categories (especially in juices and toothpaste categories) and in the same time abating competition from Patanjali while adopting a cluster-based strategy for distribution.

The company reported a decent set of numbers for the quarter ending December 2018; broadly in-line with estimates. Reported revenue grew by 11.8% YoY to Rs2,199.2 crore. EBITDA for the quarter was up 10.4% yoy to Rs445.4 crore. High raw material cost (as a percent of net sales) was offset by lower advertisement and other expenses. Therefore, EBITDA margin has contracted marginally by 26 bps on a yearly basis to 20.3% for the quarter. PAT was up 10.3% yoy to Rs367.2 crore, which was again on expected line.

The Company is a likely beneficiary of increasing rural reach, market share gain and new product launches with a target valuation of 48x FY20E. HUL is focused on premium play across segments and product innovation. In sync with its global parent’s outlook, HUL’s margin is expected to improve led by premiumisation and thrust on rationalization of all cost items. Further, GST would also lead to supply-chain efficiency. So far in FY19, the company has reported healthy volume growth of 12%, 10% and 10% in Q1FY19, Q2FY19, and Q3FY19 respectively. HUL has announced a merger with GSK Consumer Healthcare (GSKCH) in an all-share deal, with a swap ratio of 4.39 shares of HUL given for every share of GSKCH, subject to various approvals; the deal is expected to be completed in a year. HUL will be the key beneficiary of new launches and supply-chain benefits from GST implementation. A mid-cap IT company, NIIT Tech is engaged in application development and maintenance, cloud computing and business process outsourcing to organizations in the financial services, insurance, travel, transportation and logistics, manufacturing and distribution and government sectors.
NIIT Tech is getting stronger every quarter. The Company has doubled the number of additions rate and believes it has reached the new norm of adding 10 clients per quarter, as against 3-5 clients earlier.
NIIT Tech reported super strong performance in this quarter – delivering on almost all parameters – revenue, margins, segmental growth, deal flow, and client performance. The strong order inflow paves way for strong double-digit growth in FY19 and beyond. There is enough room for further margin expansion. company by revenue and market cap. It is one of the strongest brand franchises in the domestic pharma market. Its US business has been mostly built inorganically by acquiring Taro, Caraco, Dusa, etc. The company also makes active pharmaceutical ingredients and formulations. Sun Pharma’s US formulations and Indian-branded generics contributed 27% and 36%, respectively of its total revenue, while Emerging markets, RoW and API contributed 20%, 11% and 6%, respectively.

The Company is moving ahead with specialty product launches in the US i.e. Ilumya, Seciera and Yonsa as well as launch of Xelpros after recent approval. While the Company has said that it will look into the recent corporate governance issues, we do not believe that it will materially impact the business. The Company has a strong pipeline for the US market with 135 ANDAs and 3 NDAs awaiting approval at the end of Q2FY19. Spirits manufactures a wide range of whiskey, vodka, rum and other spirits with a portfolio of 140 brands. Its ‘Prestige and Above’ segment represented 51% of total volumes and 68% of total net sales, while the rest was contributed by the ‘Popular’ segment in Q3FY19. The Company has developed sales and manufacturing arrangements across the states, which provides a significant competitive advantage.

The Company has underperformed the Sensex by around 27% in the past 12 months, driven primarily by a potential rise in key raw material price, and weak profitability in Maharashtra following tax increases. Management in the 3QF19 post results conference call cautioned against potential near-term operational disruptions ahead of the general elections in April and May 2019. Even as this portends growth volatility over the next 2-3 quarters, it is clear that the management is aware of potential near-term disruptions and will take pre-emptive action ensuring sufficient inventory in the pipeline to minimize the impact on the business. Over the last five quarters, the Company has consistently delivered 11-15% volume growth in the higher-margin ‘prestige and above’ (P&A) segment. With ongoing investments behind the core brands, improved value proposition and improving go-to-market opportunities in key states, we expect this category to report higher volume growth.

Currently the stock is trading at 20% discount to the consumer sector average. We think this valuation has room to expand, given management’s increased focus on profitable growth with improvement in industry construct. There is enough room for further margin expansion.