Why further financial crises are inevitable 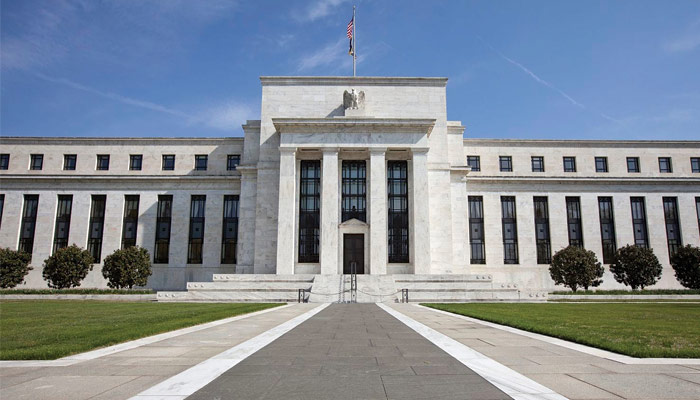 We learnt last month that the US Federal Reserve had decided not to raise the countercyclical capital buffer required of banks above its current level of zero, even though the US economy is at a cyclical peak. It also removed “qualitative” grades from its stress tests for American banks, though not for foreign ones. Finally, the Financial Stability Oversight Council, led by Steven Mnuchin, US Treasury secretary, removed the last insurer from its list of “too big to fail” institutions.

Complacency is unjustified. Banks remain highly leveraged institutions. The public expects them to be safe. But, with average ratios of assets to core capital of around 17 to one, their loss-bearing capacity remains limited. The argument for this is that these institutions promote growth. This is a doubtful argument. But, politically, it works.

Furthermore, as Jihad Dagher of the International Monetary Fund, shows in a recent paper, history demonstrates the procyclicality of regulation. Again and again, regulation is relaxed during a boom: indeed, the deregulation often fuels that boom. Then, when the damage has been done and disillusionment sets in, it is tightened again. This cycle can be seen in the UK’s South Sea Bubble of the early 18th century and, three centuries later, in the run-up to — and aftermath of — recent financial crises. Plenty of examples can be seen in between. We can see four reasons why this tends to happen: economic, ideological, political and merely human.

The big economic reason is that over time the financial system evolves. There is a tendency for risk to migrate out of the best regulated parts of the system to less well regulated parts. Even if regulators have the power and will to keep up, the financial innovation that so often accompanies this makes it hard to do so. The global financial system is complex and adaptable. It is also run by highly motivated people.

The ideological reason is the tendency to view this complex system through a simplistic lens. The more powerful the ideology of free markets, the more the authority and power of regulators will tend to erode. Naturally, public confidence in this ideology tends to be strong in booms and weak in busts.

A significant aspect of the politics is closely linked to regulatory arbitrage: international competition. One jurisdiction tries to attract financial business via “light-touch” regulation; others then follow. This is frequently because their own financiers and financial centres complain bitterly. It is hard to resist the argument that foreigners are cheating.

Then there is the human tendencies to dismiss long-ago events as irrelevant, to believe This Time is Different and ignore what is not under one’s nose. Much of this can be summarised as “disaster myopia”. The public gives irresponsible policymakers the benefit of the doubt and enjoys the boom. Over time, regulation degrades, as the forces against it strengthen and those in its favour corrode. The bigger the disaster, the longer stiff regulation is likely to last. But it will go in the end. The very fact that the policy response to the latest crisis successfully prevented another depression increases the chances of an earlier repetition. That the private sector remains heavily indebted makes this outcome more likely.

The advent of Donald Trump’s administration should be viewed as a part of this cycle. It is possible that parts of the regulations and tough supervision it dislikes are unnecessary, or even damaging. But the cumulative effect of its efforts is quite clear: regulation will erode and that erosion will be exported. This has happened before and will do so again. This time, too, is not different.