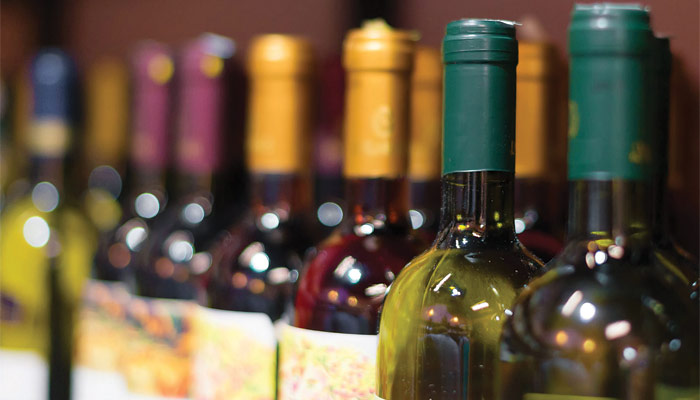 India is one of the fastest growing alcobev markets in the World, with an estimated 324.3 million cases sold in 2017. The alcobev industry in India has been growing at more than 12% CAGR for the decade starting 2001 making it one of the fastest growing markets in the World. India is expected to be the third largest consumer economy as its consumption is expected to triple to US$ 4 trillion by 2025, led by shift in consumer behaviour and expenditure pattern. Same way in beer segment over the last five years, on an average, the beer industry recorded a steady growth of about 7% in volume terms. According to a research by CISION, the Indian beer market is projected to grow at a CAGR over 7.6% during the period 2018-2024. United Spirits and United Breweries are MNC companies and both are market leaders in their segment. This is a recession proof sector and both companies can show strong growth in next 2-5 years.

United Spirits Limited (USL) is the largest alco beverage company in India and amongst the largest consumer goods companies. The Company is involved in the manufacture, sale and distribution of beverage alcohol. It has a comprehensive brand portfolio with over 100 brands of Scotch whisky, IMFL whisky, brandy, rum, vodka, gin and wine. It has brands spanning across price points operating in all segments of Popular, Prestige, Premium and Luxury, selling over 1 million cases annually covering 15 brands. The Company produces and sells a total around 78 million cases. McDowell’s No.1, Royal Challenge, Signature, Antiquity, Director’s Special Black, McDowell’s VSOP, Romanov, Bagpiper, Old Tavern, Haywards are some of the marquee brands. In addition, the Company also imports, manufactures, distributes and sells various iconic Diageo brands such as Haig Gold Label, Captain Morgan, Johnnie Walker, J&B, Baileys, Lagavulin, Talisker, VAT 69, Black & White, Smirnoff and Ciroc in India under different licensing agreements. Company boasts of pan-India manufacturing presence with 52 facilities and robust distribution network of more than 85,000 outlets, which provide access to vendors, suppliers and distributors.

One can buy in staggered manner for long term investment horizon.

United Breweries Limited (UBL) is synonymous with innovation and aggressive marketing that is complemented by a strong distribution network which encompasses an impressive spread of owned and contract manufacturing facilities across the country. UBL continues to lead in the Indian Beer market, with a volume that is more than twice that of its nearest competitor. Kingfisher Strong continues to be the single largest brand in the Indian beer market with sales recording more than 100 million cases. Kingfisher Premium continues to be the first choice of mild beer consumers across the country. The super-premium brands in its portfolio viz., Kingfisher Ultra, Kingfisher Ultra Max and Heineken are the top three fastest growing brands. These brands have been established in India as world class super premium beer brands. The Company is having 21 own manufacturing units and 9 contract units across India.

One can buy this stock in staggered manner for long term investment horizon.