How Many Wives Have You? 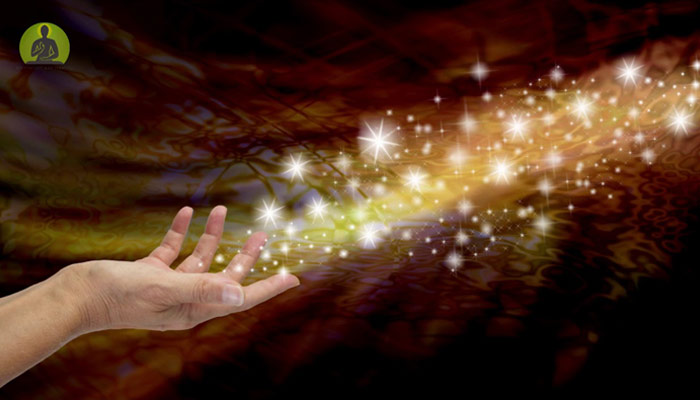 Very rarely the sadhus in the ashram look at you and when one looks at you do not divert your eyes, instead look into his eyes.” My friend who was accompanying me to the ashram in the hills advised me and added, “Something good may happen to you”.

“Hm…Let me see what good happens to me,” I said and entered the ashram. There were several sadhus, both sadhaks and sadhikas, but nobody bothered to look at us. We started moving from one place to the other spending our time in the meditation hall, though my eyes were enjoying the ambience. Our plan was to stay for three days to learn about the ashram for writing an article, very willingly assigned by a popular daily. And so we were not disappointed when no Sadhu ever bothered to take note of us. But on the morning of the next day when I was alone standing under a neem tree and brushing my teeth with a twig, a warm hand touched my shoulder from my back and cooed: “How many wives have you?”

Ha…what a question! And that too from a sadhika in a place where everyone abstains from thinking of the spouse. She was looking into my eyes as I tried to do the same. She repeated her question. I knew for certain that yogis and siddhas are crazy people but yet there was method in their madness. Unable to understand the arcane language she had used, I thought of an answer. My inner being said: “Crazy sadhika… I am not a sultan to own a harem of wives. I know how difficult it is to manage even one. So where arises such question”. But my tongue warbled: “One…Just one”.

She pouted her lips. Perhaps she was under the impression that I was a useless fellow, sticking only to one in all these years. Two years ago when I attended a Poets Meet in Auroville I was stupid enough to take my wife with me. I was the only Indian poet in that international city. In the introductory session I was introduced to several poets from various parts of the globe and they in turn introduced their partners to me. They invariably called them ‘girl friends’ and said that they were living together. When my turn came I used the word ‘wife’. Many of them looked askance at me and one spat out: “Wife! For how many years?” My wife gave a fitting reply: “We got married forty years back and we are living with our children and grand children”. The poets raised their eyebrows and a few said in a chorus: Incredible.

Coming back to the Sadhu… “Are you sure?” She asked. I blinked. Thank goodness my wife did not accompany me to the ashram. When I began to fish in my mind’s pond for an answer, she said: “Believe me, you have four wives”. I had the shock of my life. “I have a terrible one at home. But where are the other ferocious three?” I asked. “They are also living with you, my son,” she said before she left. I spent a sleepless night for I was eager to see the other three.

The next evening I had the opportunity of listening to a sermon given by the very same Sadhika who created the anxiety in me. She began by narrating a folktale. A king had four wives and when the poor fellow was on his deathbed he called all his wives into his chamber. Since he loved the fourth one the most, he asked if she was interested in accompanying him to the other world. The clever woman said sorry and moved out. The third said no and added to his great shock that she would like to remarry after his death. The second one taking pity on him said that she would definitely attend his funeral. But the first one made no fuss and volunteered to go with him wherever he was destined. The king felt very bad for not caring much for his first.

The sadhika began to delve deep into the folktale. The fourth wife is our body. We nurture it, clothe it and beautify it. But it cannot follow us to the life after death. The third represents our possession. Our whole life is spent in search of that but in the end we have to go back empty handed as we give it away to others. No wonder that the third wife in the folktale wanted to remarry. The second wife is our kith and kin. And all that they can do is attend our funeral. The first wife is our soul that we rarely bother to keep in good condition. But that is the only one who will follow us without any grudge. Take care of the soul.

Before she wound up she smiled at me. Her smile decoded to me her arcane language.