The Subtle Art of Communication 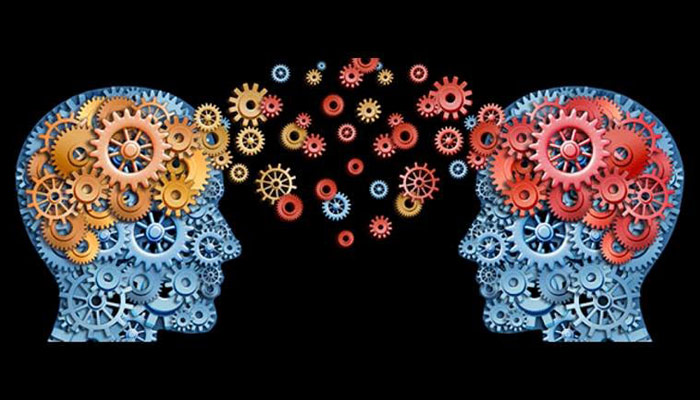 The new born communicates its hunger through its cry. The louder the cry the quicker is the response. Psychologists describe the feeding mother as a ‘walking hotel’, may be because she carries the baby’s food packets on her chest. No mother would care to feed her baby who is awake or asleep, unless it lets out a blood-curdling cry. What god has ever taught the baby this subtle art of communication? Silly question… as stupid as asking what magician ever taught the young one to suckle. It seems the Divine force from above stores everything in the grey coloured pen drive that physiologists call the brain, before sending it to sojourn on Planet Earth. Hence the subtle art of communication is in one’s blood.

It is not enough if we are blessed with money. We should also know how to spend it. How well we do it or how ill we do it depends on our calibre. If we don’t spend we will be called misers. If we spend it we will be called spendthrifts. That is the way of the world. This is to say that all of us want to communicate for good or for bad.

Decades ago when I was a kid I listened to my father’s bedside stories and anecdotes. He worked as a translator to his French and English bosses who managed a mill named Anglo-French Textiles. He never told me any folktale but only stories from his day-to-day experiences. In fact, I was his diary. One night he told me an anecdote about his English boss who had a Tamil for his butler. The servant had great difficulty in expressing himself to his master, though he managed with sign language.

One night the master before going to bed asked for the cup of milk he had wanted his butler to keep for him. Words cannot express the plight of the butler for he did not know the English equivalent for poonai(cat). And so he had to explain by giving a physical description of the animal that had drained the cup.

“Do you want to know how he succeeded in communicating with his boss?” my father asked and it was just to find out if I was awake or asleep. “Hm”, I said. My father burst into a song, which in English translation would read somewhat like this:

Well done butler, you can brave any Hitler. The boss understood and chuckled his way to bed.

Perhaps communication has no language barrier. It means common understanding, common ideas, common ideals and a common tradition. Does it not amount to a world community? If yes, then that’s the world union. But man made words have to be weighed before we give them breath. Words pierce through the ear of course, but they sometime bruise the heart. Sometimes they play the role of a razor to the already wounded heart. Here is an example from folklore:

A man was hard of hearing and so many avoided his company. His only consolation was his wife who never felt tired of shouting to him. At times he failed to hear her but smiled and nodded his head. One day she shouted to her husband: “Our neighbour is on her deathbed. Pay a visit to please the lady.”

“But that would be very embarrassing,” replied the deaf. “The sick woman’s voice would be only a squeak now. I can only smile and nod at her.”

“Nothing to worry. Now listen to me very carefully,” shouted the wife. “When you meet the sick lady, ask her: ‘How are you?’… Wait for her reply.  Closely watch her lips. If they move, it means she is better. Then you must say: “Good! It’s all the grace of God. Your next question should be, ‘What food are you taking?’ Whatever be her answer, you can safely say, ‘That’s good food. It’s full of vitamins.’ The third question would be: ‘Who is your physician?’ Don’t forget to watch her lips. When he tells you the name of the physician, you say, ‘Oh, he is the best.’ Then get up and come away.”

Impressed and convinced the deaf left for his neighbour’s house. The sick lady nodded a welcome. Taking his seat by her side he opened the conversation: “How are you?” The sick heaved a sigh and seconds later replied in an inaudible voice: “I’m dying.” The deaf was eagerly waiting for the sick’s lips to move and then close. He said: “Good! It’s all the Grace of God.”

The sick least expected this. While she was fuming with anger, the visitor asked: “What food are you taking?” Pat came the answer: “Poison, what else!” The deaf responded:  “Very good! That’s good food, full of vitamins, you know.”  When she was about to dismiss him, she heard: ‘Who is your physician?” Irritated beyond limit, the sick howled, “Lord Yama”. The deaf said: “Oh, You have chosen the best.”

He left after the final shot, eager to report to his wife the success of his venture.