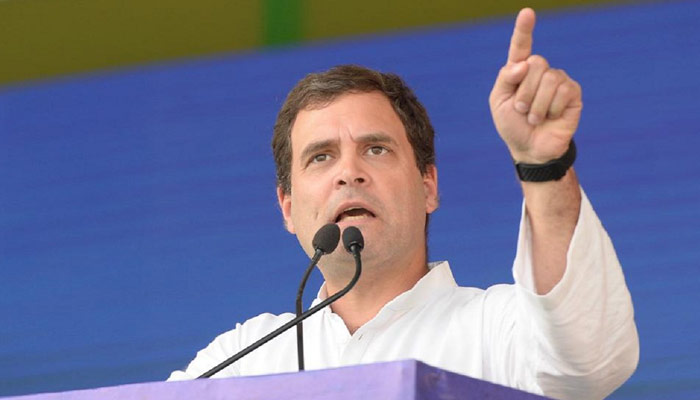 If you fail to plan, you plan to fail. Mr Rahul Gandhi planned to fail at the 2019 Lok Sabha elections because he didn’t have a plan.

Mr Rahul Gandhi, who inspired record number of jokes in social media in the last two years, started the campaign with over-confidence following victory in three state assembly elections in December 2018. Confidence boosted by his immediate family members – not four but several of them in active politics – and a dozen family loyalists, many including himself facing multiple criminal corruption cases. But he’s a confident person to take bold decisions; three of those seem suicidal from electoral politics. Is RaGa himself responsible for those or there’re Brutus all around who want to rid the party of Gandhi family name that seems to have outlived its utility and doesn’t bring winning votes any more. Out of 151 rallies he held in constituencies for party candidates, 130 seats were lost in the 17th LS elections. His sister campaigned in 30, they lost 29.

One: leading Congress with its lowest tally in the 16th LS with 44 MPs, he expressly disclosed ambition to become Prime Minister and boldly declared “yes Congress is party of the Muslims,” unlike his mother who did clandestinely epitomised through famous Manmohan Singh statement that Muslims have first claim on all national resources. Two: Politics is an art in perception management. He raised high decibel doubt on armed forces’ action against terrorists in the Kashmir valley driving away the nationalists. Three: he invented alliance with regional satraps to regain Economically Weaker Group vote share that was lost during his mother’s era.

By one above, he has distanced middle-class tax-paying Hindu voters away. Before he could get the grand alliance into traction, he threw googly of permanent income to EWG. Mahagathbandhan froze as a still-born baby since regional satraps instinctively, and instantaneously, realised that Rs 72,000/- is a Congress axe to cut their votebank putting their own survival in jeopardy especially after the DeMonetization sword that cut their lifeline and a spate of raids by enforcement agencies. So Bua-Bhatija-Didietc did not trust RaGa and educated their voters not to run behind this carrot. It was a dogfight between Congress and other pseudo-socialist parties for EWG vote share who cut into each others’ pie.

At this stage in the middle of ongoing elections, only the mandhbhaktas could not see writing on the wall that said Congress might gain small EWG vote share but will lose big way middle-class Hindu votes as they see Congress as a party, appeasing Muslims and would burden them with additional taxes while remembering that it was involved in corruption cases evidenced throughout its second term in 2009-2014.

Till 2018, Sonia Gandhi believed in her invincibility. In 2019, RaGa’s constituency reduced to regressive minority community members, corrupt bureaucrats-business funded EWG and small number of mandhbhaktas. That wasn’t sufficient to let him extricate Congress from the lowest tally but drown it further down. His Rafale lies, on-record apologies, Supreme Court strictures and proven perfectly functioning EVMs further dented his credibility.

Indian National Congress party in 2019 rediscovered its 1971 slogan “Garibi Hatao” throwing this time a carrot of Rs 72,000/- as it always thrived on its captive vote bank of EWG evidenced by successive Congress governments policy orientation in the past that had pushed number of people below poverty line to world record.

SoGa era oversaw all this translated in near wipe out of Congress in 2014 at the hands of BJP’s Modi. In 2019, regional satraps fighting for own survival happily posed for the photo-op with SoGaRaGaVadra looking into camera but don’t see each other eye-to-eye. Delhi CM Arvind Kejriwal in an interview said he didn’t mind joining hands with corrupt in his goal of defeating BJP’s Modi. Each of these thugbandhan partners on national television has labeled Congress party full of corrupt leaders but they stood only for a group photo.