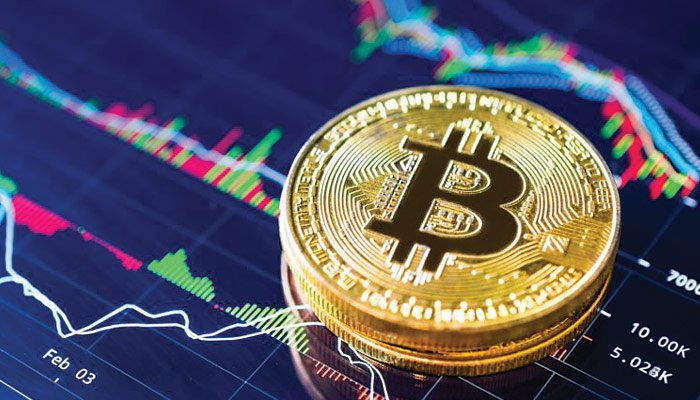 Bitcoin and other cryptocurrencies such as ethereum, arouse a level of passion rarely found within finance. Their detractors are convinced that the entire concept is a fraud; their evangelists are equally certain that cryptocurrencies are the future.

Both sides may be right, depending on timing. Presently, cryptocurrencies seem to be marred by intellectual contradictions. Why does anyone think, for example, that crypto is a good payment mechanism or store of value when transactions are clunky and the value of a bitcoin has swung from $20,000 to $5,000 in the past 18 months?

But it is also recognised that the underlying blockchain technology is potentially very useful. It is entirely possible that future historians might see bitcoin as the MySpace of cryptocurrency — a pioneering product that was flawed but eventually replaced by better versions of the technology.

However, if one wants to get a less emotional view of these issues, consider a fascinating study of crypto trading that has just been conducted by an eight-strong team of computer scientists based at institutions including Cornell Tech, Carnegie Mellon University, the University of Illinois in Urbana Champaign and ETH in Zurich. Their research set out to determine whether trading in cryptocurrencies is fair when it takes place on decentralised exchanges (DEXes), where individual traders cut deals directly with each other in a relatively transparent way, without a central authority.

Before the study, it might have been expected — or hoped — that these venues were indeed pretty fair. After all, the whole point of cryptocurrencies is that they enable “miners” to create “money” and for it to be priced in a peer-to-peer manner with a permanent digital record. Central banks, governments and other institutions are not involved: call it digital people power.

It is true that shady things have occurred when cryptocurrencies have gone on to exchanges: just last month, for example, a computer analytics group called The Tie calculated that “87 per cent of exchanges reported trading volume was potentially suspicious, and that 75 per cent of exchanges had some form of suspicious activity occurring on them”. But cryptocurrency advocates argue that the gains from democratising money outweigh such apparent abuses.

However, when the researchers started tracking the DEXes (six of them, over 18 months) they had a nasty surprise: they found that the networks have become infested by computer bots, operating alongside the libertarian humans who are meant to populate them. More specifically, some unscrupulous miners and traders have apparently created these bots to anticipate and gain from others’ everyday trades by gaining advantages in the platforms’ information flows, enabling them to siphon off millions — or even billions — of dollars a year in profits.

“Like high-frequency traders on Wall Street, these bots exploit inefficiencies in [DEXes], paying high transaction fees and optimizing network latency to front-run trades,” the research paper declares. “We observe bots competitively bidding up transaction fees in order to obtain priority ordering.” Translated for the lay reader, what this means is that some ruthlessly aggressive traders are finding ways to grab data on the deals that other investors are trying to cut — and then jumping ahead of them to take advantage of the prices.

This shows the difficulty of ever trying to build a truly democratic marketplace — with bitcoin or anything else — in a world of accelerating (and unequal) computing power. Second, it also shows the challenges of cleaning up this corner of finance. Thus far, regulators have shown little sign of being heavy-handed in their crypto regulation, preferring to rely instead on the principle of caveat emptor. Besides, very few crypto enthusiasts are asking for regulation (partly because they tend to dislike government intervention in any form).

But can a fledgling product such as bitcoin truly flourish if there is no external oversight? Can investors find a way to clean up their markets themselves? Right now it is unclear.