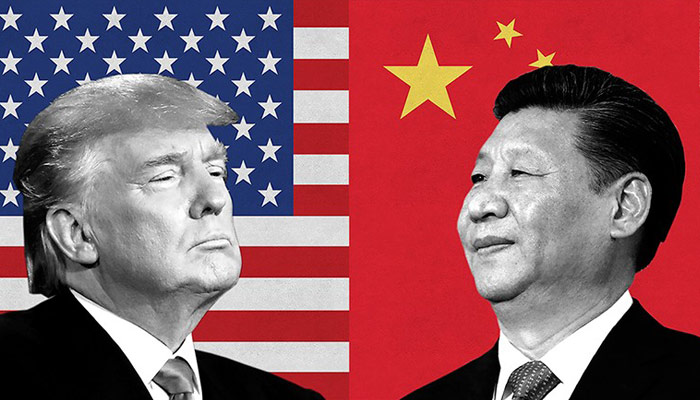 Two years ago, the American business community made a Faustian bargain with Donald Trump: give us tax cuts, and we will support your administration. Now the US president is having his due. His trade war with China has turned into what looks to be a serious and possibly permanent breakdown in relations between the world’s superpowers. Tariffs have turned into retaliatory tariffs. Supply chains are shifting. Markets are turning. Within all this change, multinational companies, which have arguably been the biggest financial beneficiaries of globalisation since the Second World War, have the most to lose.

Business has complained for decades about Chinese theft of intellectual property and the difficulties of obtaining equal market access in the Middle Kingdom. These are legitimate complaints. Yet when push came to shove, few American companies were ever willing to speak out in public about what they viewed as unfair terms of trade for fear of losing access to the Chinese market.

Now global companies and their shareholders are being hit hard by an increasingly dangerous trade war. It is a conflict started by a president who makes little distinction between legitimate complaints about Chinese mercantilism, and irrational demands, such as expecting Beijing to shift its entire economic system and rewrite its laws to suit the US. Mr Trump is even willing to punish not just adversaries but allies such as the EU, Canada and Mexico, turning tariffs into a weapon to be deployed around completely unrelated issues, such as immigration.

The only surprise is that corporate chief executives did not see this coming sooner. There are no more free traders left within the Trump administration. The anti-globalist line espoused by figures such as the economic adviser Peter Navarro is now the mainstream line. He and other trade hawks within the administration want to disrupt the status quo. The hawks believe that the world is heading towards a bipolar future, in which the US and China are economically and politically decoupled — and, in this worldview, should be, for reasons for national security. They want to see supply chains delinked, and America reindustrialised, to be ready for a more Hobbesian, zero-sum age.

In this bifurcated world, multinational companies are considered as much the enemy as China. They are traitors to economic “patriotism”, and should be forced to choose sides, aligning themselves and their supply chains with one side or the other. American CEOs are quietly obliging the president by rejigging supply chains en masse. But many are still wilfully blind to the fullness of the change that the Trump administration would like to see — a world that is fundamentally less open, and more protected. It will be a darker, and relatively poorer, world.

Republicans themselves have belatedly begun to call foul on the president’s trade war. But the business community has yet to stand up and collectively criticise the president’s approach to China. CEOs continue to swim in their lanes, hoping to keep the benefits of Mr Trump’s tax cuts and deregulation without provoking the president’s public ire on Twitter.

This is ill-advised. Mr Trump cares little about business. The hawks within his administration want a deglobalised world. Multinational companies are ignoring the fact that they are going to be collateral damage in this battle. If they do not step up now to question the wisdom of the administration’s trade strategy, they — and their shareholders — may come to regret it sorely in the coming months.