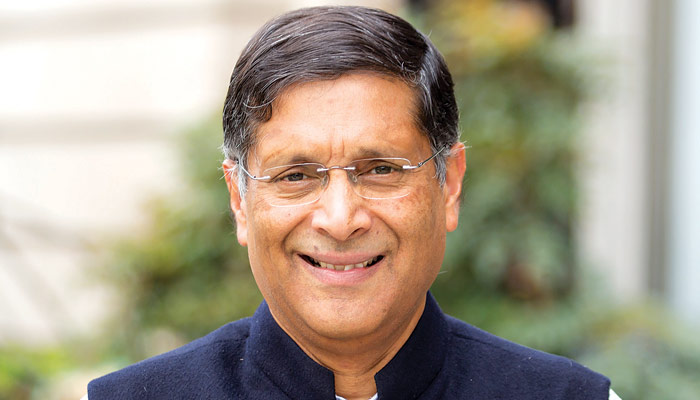 Ironically, Indian university educated economists, who have never ventured out for study purpose, are not considered smart enough to lead our prime economic policy making institutions by the powers that may be. They are hardly preferred and still not considered good enough to be appointed at high posts. A foreign degree or schooling on foreign soil is a must for such openings. Even an IITian is considered better for the job who has ventured in finance only at later stage mostly taking finance as an elective subject, but again with another foreign degree. No harm in giving them a high profile job but what makes it ridiculous is the exclusivity.

These are the people of Indian origin, who for all the practical purposes are cut off from the country and its long-standing socio-economic complex problems. They hold cushy jobs in foreign universities. They are offered these jobs on a platter and wherever they work, those institutions/universities readily give them long leave, ranging from three to five years, to go out, finish their stint and come back to again warm those chairs they left behind.

Let’s accept the facts that even after so many years of getting freedom from the goras, our brown sahibs still have a penchant to be advised by someone who has been to their campuses. This is another way of undermining the quality of Indian universities. Those who come here are very well aware about these brown sahib’s inferiority complex and never leave a chance to show off their superiority.

Here we’ll take just one case in point. Former Chief Economic Advisor (CEA) Arvind Subramanian had got enough time to advise the government of India to correct the loopholes in the system if anything was incorrect. After all, he was the CEA in the finance ministry for nearly four years from October 2014 and stepped down just last year in June after completing four years. Now he is back to his original place after this brief sojourn with enough leisure time.

His research paper titled ‘India’s GDP Mis-estimation: Likelihood, Magnitudes, Mechanisms, and Implications’, was recently published at Harvard University. In this, Subramanian writes that India’s economic growth rate has been overestimated by around 2.5 percentage points between 2011-12 and 2016-17 due to a change in methodology for calculating GDP. The timing of its publication cannot be ignored. It has come at a time when in various quarters concerns have been raised about the official economic growth numbers.

The Economic Advisory Council to the Prime Minister (EAC-PM) has out rightly rejected his claims. The Council’s stand is that Indian’s estimation methodology stands at par with global standards. Surprisingly, in a hurry to submit his research paper former CEA has used 17 high frequency indicators, but ignored the representation of services sector (60% in GDP) and agriculture sector (18% of GDP) in the analysis. The EAC-PM in its report said Subramanian chooses to overlook tax data arguing that “we do not use tax indicators because of the major changes in direct and indirect taxes in the post-2011 period which render the tax-to-GDP relationship different and unstable, and hence make the indicators unreliable proxies for GDP growth”. EAC-PM feels that the author’s logic of not using tax data appears to be a convenient argument meant to avoid inconvenient conclusions based on hard facts.

We feel this point to point argument by EAC-PM is appropriate. What is most surprising element in this episode is that Dr Subramanian trusts a private agency CMIE but distrusts a government institution CSO (Central Statistics Office) which has been doing its job since years. As CEA, Dr Subramanian must have been aware of the enormous magnitude and complexity of the exercise to compute GDP with basic source being CSO. He was very much a part of the government when the base year of the GDP series was revised from 2004-05 to 2011-12 and released on January 30, 2015, after adaptation of the sources and methods in line with the System of National Accounts 2008.

People who have gone through the research paper claims that the basic as well as main source of information (the 17 indicators) used in the report has been taken from the Centre for Monitoring Indian Economy (CMIE). CMIE itself is not a primary source. It collects information from different sources whereas CSO has a big network. Secondly, it has time to time come out with information that has raised eyebrows especially after this new government came to power five years back. CMIE claims itself to be an independent think tank. But, let’s face the stark truth – think tanks are created for certain purpose. Their independent status has always been under cloud of suspicion. And with their activities they have proved this suspicion to be correct. CMIE is not an exception. Questions must be raised how such think tanks collect and mine the data.

Another case in point is the RBI’s deputy governor Viral V. Acharya, who has resigned from his post six months before his term ends. He will be returning to New York University Stern School of Business where he is professor of economics. It was Raghuram Rajan who brought him at RBI as Acharya in an interview confides that he had sent his CV to Rajan for an opening at the RBI and also asked Patel whether he should apply. So the fraternity is very closely knit.

These migratory economists come with a bang and make sure they go with a bang. If they leave the office on time it doesn’t make news. So they resign and resign not when the tenure is left in years, they resign just a few months before. The code of decency in not pointing out such awful facts should be amended. These are highly educated people and well travelled (outside India) and their moves are very cleverly chosen.

Our brown sahibs must get rid of these migratory economists who have no idea about Bharat and its complex economy and its evolution, having been taught India’s economy by foreign professors who have never set foot on Indian soil. Indian universities and institutions have a large pool of talent.

We need people who have a better understanding of the country; people who have lived here long to know and understand its complex structure; people who know that constructing a data chart is utterly useless and it serves no purpose in the bigger scheme of things.

The government must search inside rather than looking for outsiders. And it goes with the government’s new policy to promote lateral entry of specialists in different departments.