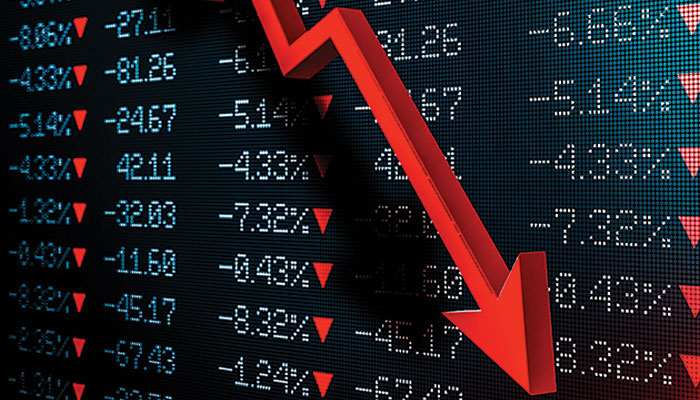 This is probably the only question that matters right now!

Last month, the National Bureau of Economic Research (NBER) announced that the U.S. is officially in its longest expansion, breaking the record of 120 months of economic growth from March 1991 to March 2001. The unemployment rate has dropped from a peak of 10% in October, 2009 to 3.7% in July, the lowest since 1969 but job growth has been relatively slower than during other postwar recoveries. The question is whether this expansion is going to last or not. The Federal Reserve might save the day through cutting interest rates. Will additional stimulus combat the looming downturn? Or will the Fed be aggressive enough to fend it off?

The uncertainty from trade tensions has already done significant damage to the cycle. Whatever kind of policy easing may come it will be insufficient to revive growth and if trade tensions escalate the global economy and the U.S. may fall into a recession. The world economy is getting to the point where the Fed is about to start to ease aggressively. And the question is how far the Fed could go? And is world economy headed for its first recession in a decade?

Sometimes with the economic cycle, things don’t work out exactly as you imagine! Recessions do not announce themselves when they arrive and markets are forward-looking. Rational investors should not wait for confirmation of a recession before getting more defensive in their asset allocation. Things are not linear as we imagine.

Let’s look at the signs of recession
If trade tensions escalate further, we would see tighter financial conditions and other spill overs, potentially leading consumers to cut spending. Corporates may start laying off workers and cutting capex as margins are hit further and uncertainty rises. The large negative demand shock that could drive the U.S. economy into a recession is negative GDP growth.

Some investors may believe that Fed will support growth and the equity market but the history is mixed. Mid-cycle Fed cuts are supportive of growth and risky assets for sure but in today’s environment there is a lot of tightening in the system thanks to recent hikes and uncertainty over trade policy. If cuts are not enough to reduce the risk of recession, risky assets like equities will see high drawdowns. The volatility rising again in the equity markets and the bond market rallying like crazy. The yield curve is inverting super-fast all across the curve.

US President Donald Trump has become the biggest uncertainty in the corporate world. He first went after the Chinese, then he went after the Europeans, the Canadians and the Mexicans and then he’s been going around after the Indians. Later he has done a deal with the Mexicans then the Canadians. But the Chinese situation is extremely complicated and with Europe too. Trump has not got anywhere with the European negotiations yet. The problem is President Trump’s aggressive negotiating tactics have created a knock-on effect on Corporates.

Since China was growing at substantially high level over a period of time, everybody has decided that China is the future. All the major multinational corporations around the world, whether it’s General Motors or Wal-Mart, have moved to China. They’ve built factories, they’re outsourcing, and they have created supply chains for their global markets. Suddenly, they’re being told to shift supply chains back to the USA. They don’t know whether they can actually stay in China, or maybe even the Chinese end up throwing them out! They don’t know whether they can produce cars in Mexico or not. Will Trump again go after the Mexicans? What happens with the Canadians and the Europeans? How will those countries’ respond? Is there any labor arbitrage anymore in the world? Trump is even going after India and Vietnam that are irrelevant for the US trade deficits! According to industry experts, Trump is also manipulating OPEC.
Across every boardroom around the world the conversation is, can we survive the Trump era? And that’s multi-million-dollar question! If they don’t, they’ve got to pay dearly with their shareholders. If something happens, and they don’t have an answer, they’re in trouble. The USA is the epicentre of globalization and capitalism and Trump is changing the dynamics of it. The world will survive the shift away from globalization, it is not the end of the world but what matters is the rate of change! The rate of change is incredibly unsettling for corporate America and particularly to the global MNCs. Where Could a Recession Happen?

A Close Look at the U.S. Economy
After the Global Financial Crisis (GFC) in 2008 the Fed dramatically cut the rates and it only increased rates back in 2016. The magnitude of increasing rates was incremental. There was a rate increase after rate increase after rate increase, but all were very incremental and small. Then, the Fed started doing quantitative tightening (QT). In this period, the Fed also started shrinking its balance sheet. Since, money was almost free for over a decade, everybody refinanced at the lows between 2008/9 to 2014/15. So, everybody with a house, everybody with a business, every corporate balance sheet, every bank, every financial institution, everybody took out more debt at lower rates. It incentivised to take more leverage and it exploded! But that’s not the end of the story. Even with these ultra-low rates, people have been really penalized! Interest rates on credit cards are at all-time highs. It’s ridiculous how much people are being penalized to borrow money. And that’s at a household level only. At the corporate level, there are many corporates around the world, not yet in the US, who are borrowing at negative rates.

The U.S. Household
The U.S. consumer is roughly 70% of the economy, and the U.S. cannot be in a recession without its participation. The fastest way to impede consumer behavior is to hit them in their salaries, and that comes through the labor market. More than 80% of American households rely on labor market income.

Uncertainties over U.S. – China deal leads to additional cost pressures on companies and that coupled with rising labor costs. This ultimately leads to cost-cutting, which tends to fall heavily on capital expenditures (capex) and labor.

Each month, when the Bureau of Labor Statistics (BLS) releases the Employment Situation report, the single most important data point is nonfarm payroll employment. This figure represents the net gain in payroll jobs, which consists of the pace of hiring less the number of layoffs over the month. These underlying flows — layoffs and hiring — are detailed in the Job Openings and Labor Turnover Survey (JOLTS), which is released with a one-month lag.

There are few indicators through which we can

analyze stress in the U.S. household. Clothing sales and restaurant sales have collapsed in recent months; whenever these two indicators have turned negative the U.S. has witnessed recession. In the last couple of months, they have turned negative! Restaurant sales have been extremely weak. Even car sales have seen dramatic pause. All these indicators are suggesting a weakness in the consumer and U.S. household is struggling with the rates. Case Shiller House Index is a composite of single-family home price. It has crashed in the last one year! U.S. New Housing Starts Index is also struggling to sustain at current levels. Both indicators are suggesting weakness in house prices and construction.

There are few indicators through which we can identify stress in the global supply chain. Capital goods orders are the big-ticket items in the global supply chains. It is collapsing. To conclude, the US is witnessing not only shipping and moving goods weakening but also seeing a weakness in the consumer and a weakness in business expenditure! All parts of the US economy are showing evidence of weakness.

A close look at the global economy

The world PMI Index is weakening and it shows that the global economy has slowed down. Anything going wrong at this point can turn into something much uglier. The reason of weakness in PMI might be due to trade war and uncertainties over trade policies of President Trump. Many central banks around the world are expressing their concerns over slowdown in economy and thinking about cutting rates in response to this.

European Economy
The European economy was led by Germany both in recession and expansion. A relatively strong euro and trade disputes among the European countries were disastrous for Germany. Its economy has gone pretty much to recession. GDP is not negative yet. But all of the forward-looking indicators are showing that Germany is going towards recession. Industrial production or exports are signalling weakness in the German economy. In fact, ZEW survey which is Germany’s forward-looking PMI is suggesting that the GDP is going to go negative 2%! That’s quite a big move for one of the largest economies in the world and the largest economy in the Europe. Apart from Germany, Italy is in mild recession and France is weakening. These recessions led indicators are just growing in these economies. So, the three largest economies in Europe are not in great shape.

Chinese are not going to be driving other countries’ GDP growth anymore
China has struggled from loaded monetary tightening in the last couple of years ago and the government is trying to sustain the speculative access of cheap money boom that came out of the global recession. In short, China has been tight and it is broke. The financial system doesn’t function properly in mainland any longer and the government is involved frequently trying to keep some liquidity. Chinese are not interested in bailing out the rest of the world like the US did in 2008. China’s focus is very much on domestic issues and they are trying to unwind their bubble. They’re trying to stimulate enough just to flood it out the bubble from the system. China is trying the Japan way of doing things. China is negative in terms of imports for most of the raw materials which means Chinese are not going to be driving other countries’ GDP growth anymore! And that’s really important. In this globalized slowdown, there’s no real growth in the US, China or the Europe. There is not a single country which can help to sustain the collapsing world GDP Index!

Is There Any Silverline?

Our house view is, we still do not see a recession but we continue to worry more about downside risks than upside risks to the global outlook. To counter the ongoing slowdown in the data and the uncertainty of how much longer the trade war will continue, we see the fed cutting rates aggressively. The corporate earnings picture certainly doesn’t look promising. Now more than 75% of the US companies are issuing pre-announcements saying their profits will be worse than Wall Street estimates, which marks the second-worst quarter on record going back to 2006!

But despite all these internal weaknesses, this expansion keeps going on, getting its latest boost from the Trump tax cut of 2018 along with a relaxation in industry regulations. So, we’re optimistic on the president Trump’s policies. He would do everything possible to sustain this bull market provided the fed acts aggressively in cutting the rates.