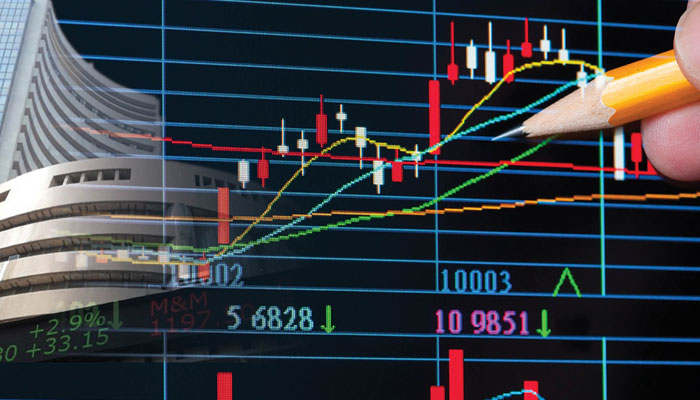 While everyone talks about advisory, no one talks about what to ignore in such market conditions? Is it not important to identify stocks where price has run up to its potentials?

Indian bourses have started a pronounced bull run since September 2019. It was with a survival of a long term support and a big bang move on Nifty chart coupled with some pragmatic announcements by the Finance Minister. Not only the Nifty touched new highs in three months thereafter, indices are still in good momentum for short term. And also, uptrend is looking secured for long term. Some market experts have already read the bullishness and are finding sunshine sectors and specific stocks with great success. Impression, out of this, has ballooned to such an extent that many investors are considering every tip worth a try and every stock worth a buy. Amidst such euphoria when investors are into frenzy, is there a way to find a list of stocks which looks expensive in price and should be avoided for short to medium term? While everyone talks about advisory, no one is discussing what to ignore in such conditions?

Here, we’ll be discussing a propriety technical analysis pattern that digs out good stocks in its bad time. We will only discuss the stocks which have performed to its full potential and indicate a sideways move for prolonged period of time hereafter.

To comprehend the logic behind finding out such a configuration on charts, we should first understand the importance of 200 Day Simple Moving Average (DSMA) on the charts. The 200 DSMA is most referred indicator even in the fundamental analysis reports. The well-versed fund managers also bestow their partialities on the companies trading above 200 DSMA. It is also imperative to note that there are instances when some key events completely disrupt the price of stocks for few weeks and sometimes for months. But effect of such events on 200 DSMA is negligible. Hence, it is not wrong to say that 200 DSMA is completely momentum free. With that inkling, we can also say that the momentum is a force which takes price of a stock away from 200 DSMA. Historically, it is observed that every year mostly all trending stock prices touch their 200 DSMA. No matter how good the sentiments or an event for a particular stock, the price which moves away from 200 DSMA has a limit to it. It is exactly when the price goes farthest to its mighty MA, it comes in to the magnetic effect of 200 DSMA. Historically, it is also observed that mostly in every trending stock, price after moving farthermost goes back sharply to its mighty MA. To understand how maximum the price can go up we have to think how highest the jump we took in last 5 to 7 years and whether we’ll be able to jump considerably higher right now? The answer would be a big No in most cases. It is exactly for that reason (with few exception only), mostly all trending stock price can’t move farther compared to its maximum vertical move of last 5 to 7 years.

We don’t have to dig history to find an appropriate example to understand this phenomenon. See the Daily Candlestick price chart of TCS from June 2016 to October 2018 along with magenta coloured 200 DSMA on it. Evidently, in October 2013 price moved maximum away from mighty 200 as shown with teal coloured up arrow. Never in the history of TCS, price took that maximum distance away before that. While looking chart in 2018, this was the maximum vertical distance we cited. It is around the same distance price took compared to its mighty 200 again in January 2018 and this has also been cited in the chart. By far, it was obvious that price tend to reverse after it goes roughly this far from its mighty 200. In October 2018, when price again went away more than its pre-defined level one can easily say that the prices are stretched and looks exorbitant and even though it was TCS, even though it was good time, even though the news flow was positive, it was clearly the time when reversal was on the cards. It was then that a red flag could be generated for short to medium term buyers. Although price took some up journey even after a pre-defined level but very soon it vanished. It is needless to say that the price of about Rs2255 in October 2018 is still not breached decisively. Buyers from October 2018 have got negative rewards even after a month. Such a phenomenon can be understood with more examples like what happened in Indigo and Titan etc.

Looking from today (the day we start counting) the maximum vertical distance the price takes away from 200 DSMA in last 5 to 10 years is being called as “Momentum Count” by our house terminology. When price goes above its ‘Momentum Count’, we call it a ‘Momentum Run Up’.

We’re presenting here a list of six stocks, along with its chart and reasoning, which have completed its momentum count wherein price has run up to its potential and any greater and sustained up move from here shouldn’t be expected. These are the stocks wherein a very good up trend is seen but further sharp and continual move expectations could be just a false notion, and also stocks could undergo a considerable period of consolidation shortly. While reading our views, one should not misinterpret it as an anticipation of bearish trend in all these six stocks. Our views regarding each are only a caution before taking fresh entry at these counters. To those who are holding them in their portfolio with considerable profit, this is not to suggest that they should jump off the holdings – certainly not.

It seems the price has completed its ‘Momentum

Count’ along with recent high it made at around Rs1834. The price, going far above this in coming short to medium term, looks like a false notion. It is only because the price, as can be seen in attached daily chart, took its maximum vertical distance from its 200 DSMA in July 2018. Before July, price never really went that far to its mighty 200 in recent history. Even price clearly went above its momentum count recently in October 2019 and we believe only in a rare condition it would go above Rs1834 level for a considerable time from now. Smart investors must wait for the price to consolidate and only upon a considerable new price pattern should think of taking new position.

Almost everything still seems positive and

so far up trend has been very rewarding. But just because stock price has completed its ‘Momentum Count’ thrice in last few years, we believe that the recent highs at around Rs9260 brings the stock in the ‘expensive list’. Our view is that an up move from Rs9260 will be hard to sustain and hence some consolidation for a considerable period from here can’t be ruled out. Those who have it in their portfolio and sitting with good profits should be sitting idle.

This may look an outrageous addition to

the list and many would disagree looking at positive news flow. However, we believe the stock has completed its momentum count on upside and even though everything might look satisfactory, price moving above recent high considerably is unlikely. We value the company, yet we feel the euphoria could go against its price move. Starting from the left in August 2019, July 2019 and recently in November 2019, price has touched almost its momentum count three times in two years. Price sustaining and up move from its recent high at Rs4280 is unlikely as far as ‘Momentum Count’ structure suggests.

Looking at the Daily Candlestick chart it is

evident that towards the end of August 2018, price went maximum above its 200 DSMA compared to its prior historical moves. This move could have been easily termed as its ‘Momentum Count’ in second half of 2018. Interesting to note here, the price continuously moved in uptrend and again went above its ‘Momentum Count’ recently in October 2019. Price has started giving consolidation sign on short term reversal. We believe that conquering recent highs of around Rs15145 is going to be difficult. Any sharp up move higher than this level is unlikely. Hence buying this, or as a matter of fact, any up trending stock near the high should be avoided.

On the daily chart it is not difficult to locate

that the price moved maximum away from 200 DSMA in August 2018. Just a little further to that vertical distance, price moved in May 2019. Both these distances are marked with teal colored up arrows. Recently, third time in last two years, price again went above that vertical distance as marked with third up arrow last on right side. We believe that in the history of Bata India, price has never gone three times above its ‘Momentum Count’. We feel after latest high at Rs1814 it will have difficulty to cross it decisively in next year or so. Although, some short term up move from recent low can’t be ruled out. Even if it is a strong up trending counter, buying near highs should not be advised.

This is the second paint counter in the list.

We can see on daily chart that stock price was only acquainted to move away similar to the vertical distance as shown by up arrow on the left side of the chart of the time in August 2018. Earlier stock price never really went much above these highs. We’ve witnessed a bizarre up move when in October 2019 it almost invalidated ‘Momentum Count’ theory. It is our prerogative to consider it as unforeseen event and now with fresh data unlocking each day, we could say, what happened shouldn’t be repeated in and therefore the recent high of Rs533 is going to be very difficult to break at least in year or so. At this price stock looks far more expensive even for 2020 and hence bettr to stay away, wait until the new price pattern is visible.

Disclaimer: The views and opinions; thoughts and assumptions; analysis and conclusions expressed in this article do not constitute an offer to buy or sell securities mentioned herein. The author, IE&M, and any associates of the organization, accept no liability arising from the use of the information. This document do not necessarily reflect any legal standing.