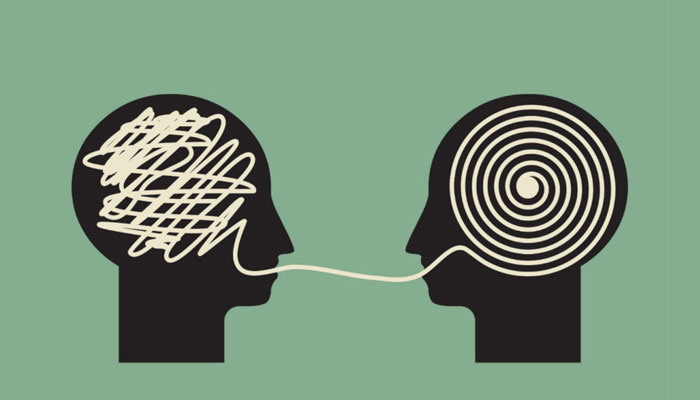 Carl Jung, an eminent disciple of Sigmund Freud, once was sent to East Africa to speak to a select audience on the importance of thinking. He knew no Swahilis language and the audience’s knowledge of German was next to nothing. A translator came to his rescue and with great confidence of reaching his message to the audience, Jung began. “We must think… We must think… We must think…” said he, slapping his forehead incessantly every time he uttered those three words just for the sake of driving home his point.

Now it was the translator’s turn. He repeated Jung’s words in Swahilis but shifted the target of slapping to his stomach. Jung was taken aback. He looked daggers at the translator for misrepresenting his idea. But the sensible translator replied, “Sir! We the poor surely think from our stomach and not from our head as you do.” This anecdote is ample proof to the fact that the mind does not operate from one station. Needless to say that when we decide to do good to the needy on compassionate grounds, we think from our heart. The head, the heart, the stomach and only the Great Creator knows from what other parts of our body we think.

Hence translation of any work very much depends on the mind of the translator, no matter wherefrom the original author’s mind operated.

Translating has few rules. Arthur Waley, the British Sinologist and translator from Chinese and Japanese, justified the freedom of certain of his translations on the grounds that “much is lost in the translation of any complex literary work, and something must therefore be added to replace it”.

Yet ‘replacing’ can’t be done in the following manner. A public speaker once addressed an audience comprising of common men who couldn’t follow the speaker’s idiomatic language. One in the audience offered to translate the speaker’s words into their dialect. He was able to do justice. But at one point of his speech the speaker told the translator to listen to his jovial anecdote before he continued with his translation. The speaker stopped after ten minutes and with a wave of his hand signaled to the translator to continue.

Literal translation from one of our regional languages into English is a common feature today. Everybody wants to translate and translation is no way inferior to creative writing. Since literal translation doesn’t always work well, adaptation rather than translation is a better term to use when we shift from one language to another, especially when we wrestle with poetry.

No literary translation will ever satisfy those intimate with the original. Illumination and joy cry out to be shared with those who do not have access to the primary text. And the readers too must experience this wealth of argument and imagining.

There are scarcely any rules about translation that everyone accepts. What can be said is that, in the light of certain principles, certain inquiries seem valid. “Translators,” soon discover that all vocabulary is technical and that languages are codes of cultural signs which, for convenience rather than from conviction, we pretend have equivalents in other codes. This may be why the job quickly becomes not just a word-hunt, but research.” What James Grieve said long ago holds true today too.