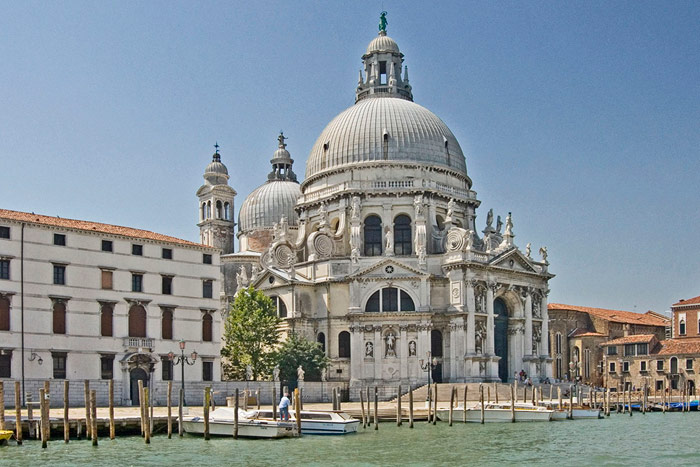 For some time, Krishna Kumar Mishra (the editor of IE&M) and I have been talking about making a two week trip together through the south of India. We selected this spring to do so. Plane tickets were purchased and an itinerary arranged involving my coming to Mumbai from New York and time spent in Mumbai, Pondicherry and some scenic cities in Kerala. Our plan hit a brick wall, however, when the Government of India, in connection with the emerging Coronavirus problem, issued an “Advisory on Travel to India” suspending all visas until April 15, 2020, and presumably beyond, if deemed necessary. (I was scheduled to arrive in Mumbai on April 3 and return to New York on April 16.)

This would have been my fourth visit to India over a period of six decades. India, for me, is far more than a mere exotic foreign outpost along a lengthy travel route, so my disappointment was deep. And how different from mother’s first trip to India in 1950. She wrote of the experience in her book, “New Patterns of Democracy in India” by Vera Micheles Dean:

“From the first moment I felt entirely at home in India. True, the landscape, the people, the street scenes, with cows peaceably ambling along thoroughfares and the colorful crowding of bazaars, were new to the eye, but the spirit infusing what I saw and heard was peculiarly, even poignantly, familiar…. What I relived in India was my childhood experience of Russia. Here, again, were “dark villages” struggling under the burden of age-old poverty. Here were cities, disfigured by wretched slums… But there was also a striking difference in this familiar picture. For here was a country which, through a conjunction of its religious beliefs…and the blending of India’s ancient traditions… was absorbed in the development of a society that differed profoundly from that of Russia…intent on forging new patterns of democracy in political, economic, and social relations.”

From her extensive experience in India, mother developed pioneering courses on Asia, Africa and Latin America at three American universities. Her ten visits to India were a life-changing experience. Prime Minister Indira Gandhi wrote of mother, “We in India have watched her work…with admiration [in] the great cause of international, cooperation and under-standing.”

My first visit to India was in 1957. Like mother, I felt, entirely at home, partial as I am to continent-size countries like my own, bursting with energy. India and my city of New York share much in common. Populations differing in race, religion, language and way of life. Extremes of poverty and wealth. The challenge of achieving reconciliation among diverse people.

Years ago in Madras, now Chennai, I had the honor of meeting the distinguished writer, R.K. Narayan. On my way to having lunch with him, I found him sitting on the porch of his granddaughter’s house where he could both enjoy the tranquility of a small garden and watch the lively scene in the crowded street. In his short story, “Another Community,” he writes words appropriate for Mumbai, New York, New Delhi, places where people of different backgrounds – religious, racial – need to live together: “This city must be saved… There is no such thing as your community or mine. We are all of this country.”

How fitting later that day when I was visiting Victoria Terminus, the great railway station of Mumbai, to come upon a poster with these words of Mahatma Gandhi: “Let all of us, Hindus, Mussalmans, Parsi, Sikhs, Christians live amicably as Indians, pledged to live and die for our motherland.”

Both our nations face some of the same challenges. We have much to learn from each other, to teach each other. Let us proceed to do so.


The arrival of the Coronavirus in

New York City has not been a happy experience for anyone. On March 27, “The New York Times” reported that United States deaths, now numbering over 1,000, have been heavily concentrated in New York, rising by 100 in a single day. The only thing giving me pleasure now in the city is the blooming of cherry trees on my block.

There are many things I love about my city. Most of them have vanished in a frighteningly short period of time – a mere few days. The vitality of street life is a part of my DNA. I even co-wrote a book on the subject in 1974, “The Pedestrian Revolution: Streets Without Cars.” (Vintage Books/Random House). When I was in the 9th grade, I ran away from the country boarding school I had been sent to because I so missed city life. I prevailed in the ensuing uproar and transferred to a day school in the city where I was very happy.

Now I am expected to spend days, weeks, maybe even months, cooped up in my apartment. I like my apartment on East 73rd Street – been here for 56 years – but this is too much time to have to spend in one spot. My work – lawyer and writer – is not deemed “essential” by those in authority, so I cannot leave the apartment to go to the office. I consider this an insult to two noble professions: law and writing. Abraham Lincoln was a lawyer. William Shakespeare, a writer. What have the mayor and governor – both lawyers – done in their lives to merit the designation, “essential”? They probably bestowed it upon themselves.

So what am I to do? Vincente and Jovita clean my apartment every two weeks, although they may not be given access during the stay-at-home period. Cleaning could have taken up a good portion of my time. I don’t know how to cook. Under the rules, restaurants cannot serve meals. These spaces, once so animated, are now dark with chairs placed on tables. They only accept telephone orders for pick up or delivery. If the latter, the doorman summons the householder to the lobby to accept the purchase directly from the delivery man.

Restaurants are far more than mere eateries. They are gathering places for conversation and forming of friendships. Some of the most interesting events in my life have taken place in restaurants. The economic impact on restaurants and their employees of all this will be staggering. Many will close, never to re-open. A lot of the workers live marginal economic lives in the best of times. They barely get by when they have a salary. Now, no salary, no benefits. This is a truly frightening time for the financially fragile of the city, of whom there are far too many. Given the terrible stresses that come from living in poverty, I am surprised by how few people throw themselves on subway tracks in the path of an oncoming train.

I should be joyful over the empty subway cars. For decades, I have taken the Lexington Avenue Line, running on Manhattan’s East Side, the system’s busiest line. At rush hour, I seldom get a seat, although this has been changing as I advance in years. At age 83, more people rise for me now, usually women. I am ambivalent about this: Discouraged, in part, because I consider myself youthful looking when gazing in a mirror. I explain to the polite person that I still play basketball twice a week, and pull out a group photo of my basketball team to prove it, but I am also delighted to take advantage of the offer. Yet the abundance of empty seats gives me little pleasure, since the cause for it is frightening – our fear of a highly infectious disease, not improved subway management.

The virus has been a disaster for the game of basketball. Ordinarily, this is the peak time for basketball in the United States, with the playoff games of the National Basketball Association underway – these are the professional players pulling in cartloads of cash for playing, and far more fun to watch, “March Madness,” where unpaid best college teams compete for national championships. (No one has ever offered me even a nickel to play.) Americans only started taking the virus seriously when both the NBA and NCAA playoffs were cancelled. This was akin to cancelling a major test match in India. Even my modest game, with players ranging in age from 23 to 83, was suspended when the local gym closed. I now come upon teammates on the street. They appear distressed and disoriented. Fearing they might do harm to themselves, I don’t share with them my belief that there may be no basketball in our lives for many months to come.

Continuing the doleful list of losses: Metropolitian Opera closed. 3800 empty seats sitting there in darkness. The city’s other Met: The Metropolitian Museum of Art, closed until July, with a $100 million loss projected. Theaters closed on “The Great White Way” of Broadway. Movie houses closed. The New York Society Library, oldest library in the city, founded in 1754, closed. The last mandated closing probably occurred around the time of the American Revolution. On our last open day, a week or so ago, 1076 books were taken out by members, compared with 450 on the prior Sunday. Clearly, these non-basketball players are going to spend their time creatively – reading. This is the only other good thing happening in the city at a time of gloom.

Central Park, I am pleased to report, remains open. If I am wrong, I may end up in jail, since I plan to go every day of my house lock-down to commune with my favorite tree, a red oak across Fifth Avenue from the Frick Collection. As a precaution, I have been stocking up on food, liquor (Bombay Gin, of course) and cash, in case all systems collapse, which may happen.

The thought crosses my mind; leave the city, but where to go, since this is a worldwide phenomenon, now in 162 countries. So I will stay put and try to do something useful that might help, like following the rules set down by the local authorities, hoping all the while for the best and a speedy resolution.