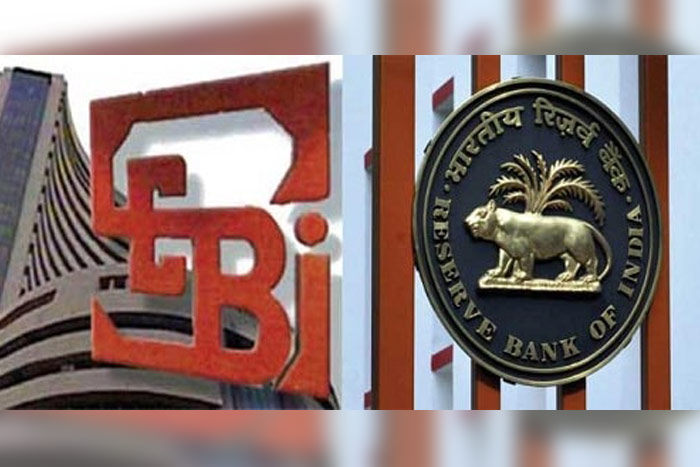 Why RBI, SEBI and MoF always feel obliged to bow before the so-called too-big-to-fail. What’s the sanctity of those financial market regulations that don’t stand when they most ought to during crisis that often arrive due to the shenanigans of the rascal speculators?

Every time bankers and money managers howl on the television, the government and its regulatory agencies actually set aside normal rules to do something that they could not otherwise. Isn’t this against the very principle of framing rules in the first place? By thus indulging, the regulatory agencies themselves cannot be absolved of driving positive risk appetite among investors and conniving with those who stand to benefit from such suspension of rules. How long will this con game continue?

An average borrower’s EMI of say `5,000/- won’t be waived off by the bankers who, in order to recover that, will hound that person to the grave. But when a big corporate borrower or financial institution goes belly up, and don’t have money to repay their public debt on the due date, all banks and mutual funds line up on television to plead to the central bank governor and the government for kindly granting a long rope to the defaulters, supposedly in the interest of market safeguard. The ruffians use the long rope every time to strangulate innocent investors.

It’s quite strange to fathom a spectacularly peculiar phenomenon currently plaguing the bankers in the country. According to RBI Governor’s statement released on 17 April, 2020 (para 13) banks had parked an unprecedented amount of `6.9 tn under Reverse Repo with the RBI at 3.75%, while at the same time crying tight liquidity in the system, were asking RBI to give them a new line of funds under Long Term Repo Operations (LTRO) against collateral of corporate bonds. In simple terms, instead of writing a cheque from their account to buy these corporate bonds, if the same are investment-grade, why are bankers asking RBI, and RBI did indeed obliged by, opening a new line of LTRO funds aggregating `2.00 tn against corporate bonds in three tranches of `1.00 tn, `0.50 tn and another `0.50 tn for buying corporate bonds from the mutual funds. Through all such means, the central bank is in effect driving positive risk appetite among investors who otherwise don’t even know the meaning of, or how such tricky things actually work toward their detriment and jeopardising their financial freedom goals.

The very fact that the mutual funds were unable to sell certain corporate bonds in the secondary market is sufficient a proof that those may be below investment grade or the buyers bids for the same were at much lower prices than those reflected in the fund’s portfolio NAV. The bid prices were lower to extract a higher rate of return, meaning a huge hair-cut for the mutual funds and their investors. Who will bear those losses? Bankers and mutual fund managers want RBI or the government intervention so that select corporates are allowed moratorium on repayments thereby keeping their credit rating intact and hence not labeled as NPA. So that they continue to mislead investors by publishing false NPA and NAVs.

“Mutual funds lobby AMFI forced RBI to grant `0.50 tn window for the mutual funds when Franklin Templeton MF shockingly shut six of its credit-risk debt funds. The AMFI board was uni-vocal in saying that the window would offer “comfort” to the investors from rushing in for redemptions of their mutual fund units which would further expose the misdemeanor of the fund managers. So, they actually wanted retail investors to remain invested while some fat cats exited.”

Why allow such nuisance financial markets participants, in the first place, to become too-big-to-fail? Why should the government intervene at the cost of taxpayers every time to protect the fat guerrillas and why these be not left to fend for themselves? If they are to be wiped out from the system, then they must be, for violating prudential guidelines and indulging in misadventure. Why are RBI and SEBI regulations bent and kept in the cold, through novel methods, every time some market participants’ misdemeanor demolishes people’s faith in the market. Rules and regulations are meant to be followed both in letter and spirit but repeated concessions to violators incentivise the white-collar criminals who often pop on the corporate and financial markets arena. Periodic protection offered for such reprehensible acts actually leads to glorification of financial criminals.

Almost always, the meanie market practitioners, most of the bankers and investment managers in other words, since they all go through similar schooling, have come to live with the belief that whenever market crisis happens, which it often does regularly every few years, the scamps know that the government regulators would come to bail them out just in time. Little bit of media management on popular television, and a few Op-Ed page articles by expensively famous writers. The game is set. “That’s how it goes; Everybody knows,” (Canadian singer Leonard Cohen, 1988)

LTRO, Targeted LTRO, Side-Pocketing, Securitised Collateralized Loan Obligations (CLOs) etc are some of the latest jargon invented by the Reserve Bank of India (RBI) and Securities & Exchange Board of India (SEBI). These measures are nothing but relaxations, called by fancy names, offered by the regulators to the failing entities to cover up for the follies. And/or give them time while offering a sort of “comfort” to investors who just don’t appear to get disillusioned by the repeated attacks on their wealth by the rascals. That’s what is the latest ammunition fired by RBI, in the name of protecting some small investors, else the defaulting corporate borrowers would sink themselves and the lending banking institutions and mutual funds as well.

In addition to `1.50 tn LTRO announced since March 25 nationwide lock-down, mutual funds lobby AMFI forced RBI to grant `0.50 tn window for the mutual funds when Franklin Templeton MF shockingly shut six of its credit-risk debt funds. The AMFI board that came parading on the television was uni-vocal in saying that the window would offer “comfort” to the investors from rushing in for redemptions of their mutual fund units which would further expose the misdemeanor of the fund managers. So, they actually wanted retail investors to remain invested in the funds while some fat cats exited.

“LTRO, Targeted LTRO, Side-Pocketing, Securitised CLOs etc are some of the latest jargon invented by the RBI and SEBI. These measures are nothing but relaxations, called by fancy names, offered to the failing entities to cover up for the follies. And/or give them time while offering a sort of “comfort” to investors who just don’t appear to get disillusioned by the repeated attacks on their wealth by the rascals. That’s what is the latest ammunition fired by RBI, in the name of protecting some small investors.”

Traditionally, there were only three ways for a corporate borrower to deal with its debt. (1) Pay it back; (2) Default; (3) Inflate the debt away. Thanks to innovation in financial engineering, the fourth – Debt Buyback – is turning out to be very attractive proposition for the robber barons. Sophisticated investors – banks and mutual funds play villainous by getting sharp hair-cuts while ordinary investors, who don’t understand such machinations, hardly make a fuss about anything. Debt buy-backs, of course by “angels” in the secondary market at higher market yield than the coupon rate carried by the bond, is a new scam on the street the regulators seem, or willingly choosing, to be totally blind about. In order to meet redemption, a debt mutual fund makes hit-sale on certain corporate bond thereby pushing its price down – and yield higher, since both are inversely related – allows secondary market purchaser a hefty profit.

For example, when a `100/- face value bond carrying coupon of 9% annual rate is sold at 12% yield by a mutual fund, it results into 25% capital loss on that bond in the mutual fund’s portfolio. This hair-cut is ultimately borne by investors who remain in the fund.

The financial markets regulators must graduate out of the Protagoras Paradox and, instead of bending or suspending the rules, and in order to deter fraudsters from flourishing, hand out exemplary punishment – including wipe out of the asset management or banking entity and rigourous jail term for those individuals responsible for the crime.

Nothing less than that.