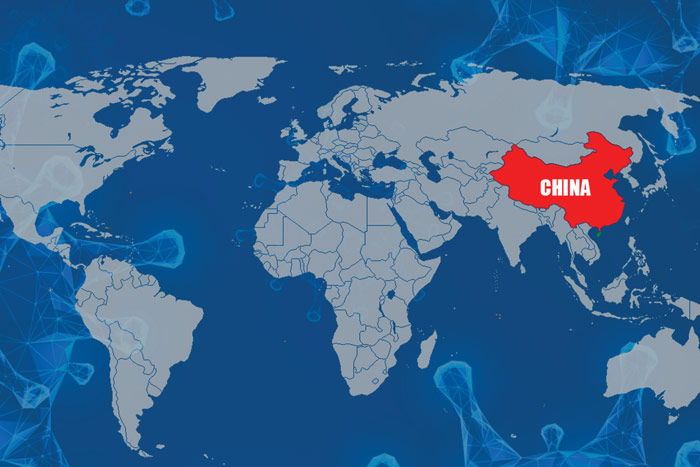 The Chinese virus has already claimed 258,356 humans in 170 countries; more than 70,000 in the US alone. Public at large and the world leaders demand inexorable reprisal of the regime responsible for this heinous crime against humanity.

Sun Tzu, ancient Chinese military strategist, writer and philosopher, credited author of “The Art of War” says “If one party is at war with another, and the other party does not realise it, the party who knows it’s at war almost always has the advantage and usually wins.”

“A coalition of RoW offensive armada must be arrayed in the south-China sea to hit and sink the Spartly Islands where communist China’s edifice of pride and power floats. Building its military base in the south-China sea, a strategic waterway through which
one-third of global shipping flows, Beijing’s intentions were suspect
for long.”

China kept the secret for years of developing biological weapons, and even today rubbishes any insinuation pointed towards it. China doesn’t want to take the blame and shame being thrown on it from all over the world. To add insult to the injury, as a sort of revengeful justification of its murderous plan, their foreign ministry spokesperson in China Daily pointed finger at the US that 2009 H1N1 flu started in the US, as AIDS in 1980s, and in recent history, the 2008 Global Financial Crisis is attributed to the collapse of the US-based iconic investment bank Lehman Brothers. For those crises that began in the US, China cannot proclaim to have a right to inflict such a monstrous misery on the whole world while its own human rights record remains highly questionable.

It is no longer a secret now as the whole world clearly realises who is the mastermind and, where’s the epicentre of the biologically-produced coronavirus, that has not only caused hundreds of thousands of deaths and untold monetary misery far and wide but has also traumatised the entire human race across the globe. The only positive side effect has been while the world stood still in policy driven “lock-down”, rivers, nature and environment is rejuvenating itself. But that at the cost of innocent lives through such a criminal conspiracy by deceitful regime hungry for achieving Super Power status can never be justified even by the Gods.

“China could have stopped the coronavirus before it swept the globe. We’re doing very serious investigations … We are not happy with China. There are a lot of ways you can hold them accountable. We believe it could have been stopped at the source. It could have been stopped quickly and it wouldn’t have spread all over the world.”
– Donald Trump, U.S. President at a White House news conference

With power comes responsibility. Chinese leadership has completely failed itself in the eyes of global citizens. And also the Gods. No way should it have any right to continue in the manner and practice of governance system of such a vast country hosting near quarter of the humanity on this planet.

Wuhan Institute laboratory lid is now open and China can’t assure itself victory over the world its cruel regime had set out on through the use of biological weapons of mass destruction. It was foolish, in the first place, to think that truth of this gigantic proportion won’t come out. Truth somehow has the ability to come out naked in the open. And it looks very ugly when it does come out. There is something very terrible with this parasitic mindset of the regime leadership who wanted to kill those very people in the globe from whom China had been earning by selling goods; and wanted to sell even more goods.

“The United States strongly believed Beijing failed to report the outbreak in a timely manner and covered up how dangerous the respiratory illness caused by the virus was. There is enormous evidence that that’s where this began. I can tell you that there is a significant amount of evidence that this came from that laboratory in Wuhan. Look, the best experts so far seem to think it was manmade. I have no reason to disbelieve that at this point.”
– Mike Pompeo, US Secretary of State

“Pompeo should stop playing the political game. Better save energy on

The World War-III has begun, unrestricted unending, exceeding the limits of scope, extent and time. The new concept weapon, espoused by China has astonished and stunned ordinary people and military men alike that commonplace things like cough and fever caused by the coronavirus, that president Trump has repeatedly referred as the Chinese virus, can also be used as a weapon of mass destruction. In this undeclared war that has affected millions worldwide and nobody can estimate what would be the final body count, people and the world leaders are demanding reprisal that fits the enormity of the humanitarian situation at the same time keeping in mind the innocent civilians in China who themselves might be robotic slaves of the communist leadership. This can’t be tolerated any more by any sane person alive.

All bad things must come to an end

It’s as ancient as it is the most contemporary war strategy: Hit where it hurts the most. As do good things, all bad things too must come to an end. Surely, there must be, and there will be, serious consequences appropriate and commensurate with the evil unleashed by the communist regime ruling China since 1949. And these must include permanent change in the Chinese governance structure in order to make the villainous regime accountable to the standards that are aligned with the rest of the world and be a responsible member of the global order under the United Nations charter.

The retaliatory response by the rest of world vs China has to be extremely careful and calibrated. The situation today for the world leaders – Modi, Trump, Abe, Merkel, Macron and others – is to first get the domestic affairs under complete control and ensure the fatalities are contained and an effective medical cure for coronavirus is put into market place.

“This is a virus that has taken more than 200,000 lives across the world. It has shut down the global economy. The implications and impacts of this are extraordinary. Now, it would seem entirely reasonable and sensible that the world would want to have an independent assessment of how this all occurred, so we can learn the lessons and prevent it from happening again.”
– Scott Morrison, Australian prime minister

Chinese state media reacted: Australia was “gum stuck to the bottom of China’s shoe”, doing the work of the US but without holding any influence, and risking longterm damage to its bilateral relationship and trading partnership with China.

It might take time during which public opinion must be mobilised within China and rest of the world for allowing UN-WHO audit and inspection of the sensitive chemical/biological labs, particularly Wuhan Institute laboratory from where the virus is said to have first leaked out before causing worldwide pandemic. Certain agencies have filed financial claims and lawsuits against the China government and its leadership seeking monetary compensation for deaths and various things including job losses which must be pursued vigorously at the international court of justice. But that could be very lengthy affair and won’t be enough a lesson to deter from indulging in by the same leadership or any other in the world in future.

A coalition of RoW offensive armada must be arrayed in the south-China sea to hit and sink the Spartly Islands where communist China’s edifice of pride and power floats. Building its military base in the south-China sea, a strategic waterway through which one-third of global shipping flows, Beijing’s intentions were suspect for long. The Chinese government has made vast claims in the Indo-Pacific waterway that conflict with territorial rights and demarcations made by five other governments. Beijing has refused to recognise international tribunal ruling dismissing China’s claims to the waterway, and has instead built naval bases on reefs it now controls. The regional governments – Philippines, Vietnam, Taiwan, Malaysia – cannot be left to defend themselves in the face of an increasingly muscular and destructive Beijing. “The governments must confiscate and nationalise foreign financial assets of Chinese companies that have invested in India, the US, and elsewhere because most of these investments by Chinese companies are directly or indirectly owned and controlled by the communist government.”

The governments must confiscate and nationalise foreign financial assets of Chinese companies that have invested in India, the US, and elsewhere. Because most of these investments by Chinese companies are directly or indirectly owned and controlled by the communist government.

Before unleashing its biological WMD, China might have thought that it will face no matching consequences. China’s thirst for greater lethal power through new concept weapons thereby plunging our dear world into an unending war cannot go unchecked and unanswered any more. The Coalition of Rest of the World has the capability and must exercise all legitimate means to answer and curb China’s felonious ambitions. 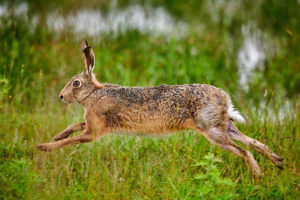