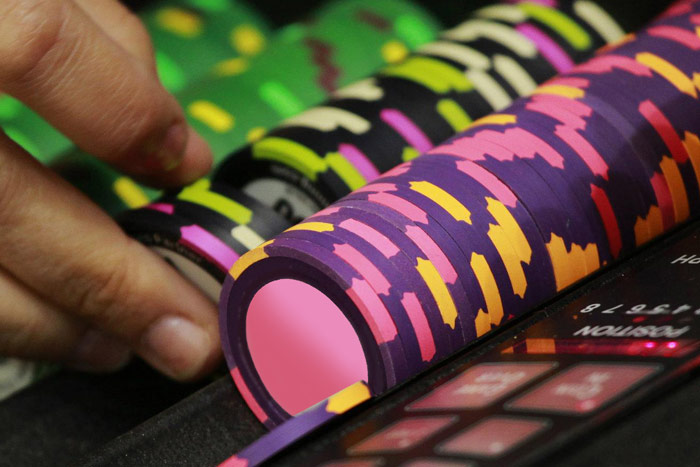 India’s online gaming industry is growing at a rapid pace. In this arena, Poker has grown at a remarkable pace in the country in recent years. The Indian online gaming industry, is estimated to be worth `4,380 crore, and projected to touch `11,880 crore by 2023 with a userbase of more than 628 million gamers. Out of this there are about 5 million registered online poker players, with about 40,000 professional players. Professional players believe poker can be taught as a life skill. But it needs to weather its taboo status to be able to fully come into its own. More gamers are opting to play poker professionally. This explains the demand for courses that teach strategy, decision-making and other skills.

Where did poker originate?

Poker is believed to have ancient roots that go back nearly 1,000 years, crossing several continents and cultures. Some historians say poker’s origins can be traced to a domino-card game played by a 10th-century Chinese emperor; others claim it is a descendant of the Persian card game “As Nas,” which dates back to the 16th century. Poker’s closest European predecessor was Poque, which caught on in France in the 17th century. French colonists brought Poque to their settlements in North America. English-speaking settlers in the region Anglicized Poque to poker and adopted features of the modern game. In 1871 the game was introduced to Europe. More general acceptance of poker in Europe occurred several decades later, largely thanks to the influence of American soldiers during World War I.

“Horse racing was brought in by the British and has been legal ever since, but poker, which can easily be proven as a game of skill with mathematical equations, is still not legalized.”
– Raghav Bansal,
Professional poker player

One of the key drivers for it has been the keenness with which the game has been picked up in universities, especially in top colleges such as the IIMs and IITs. IIM Kozhikode was the first to introduce Poker in its syllabus. They also offer a course on ‘Game of Poker: Competitive Strategy’ and the course helps students in applying these concepts in business or investment. Now even MIT has introduced a course on Poker Theory and Analytics.

From offering poker classes, to organising nation-wide poker events, alumni from these prestigious schools have taken to the game in a big way and have championed the belief that poker is a skill-based game in which strategy and preparation triumph over fortune. In fact, Poker is all about math and psychology. Calculating the strength of your own position and picking up on subtle cues of the opponent when making choices is part of a thrilling decision-making process. This skill game requires deep understanding and thinking on the feet.

In 2011 a simple reply to a tweet by John Chew, a businessman, made the corporate world sit up and think. It was : “I would take a good poker player over a newly minted CFA any day–all else being equal.”

But that was not the time when Poker entered corporate world in a big way.

Long before that in February 2003 in his wonderfully written book Poker Nation journalist and poker fanatic Andy Bellin writes: “Poker is beautifully simple, wildly complicated, and in its essence, pure Machiavelli and Sun Tzu, if one plays better than the other, if he out-thinks and out-strategies, then he will win the most money. Poker isn´t about the number of pots you take down, or how fantastic you look winning them. Claiming a pot when you have the best cards isn´t enough to make you a winning player. Remember, there is no grand pay scale for holding the best hand. No one gives you a pile of money for drawing a royal straight flush. Some sucker has to pay you off.”

Yes, some sucker has to pay you off….when you are a stock market trader. Remember, Andy Bellin was not a jerk, he became an editor at the Paris Review, world’s most respected literary journal.

Now Poker gets a special reference whenever investment gurus speak about their strategy. It is said that to become a great penny stock investor you must be good at poker, and vice versa. Poker is a mind game and highly preferred by the stalwarts of capital market. After all, investors only want to maximize their winning investments.

Poker and investment have a lot of similarities and each follow a similar process. Both involve prudent risk management, working with imperfect information and taking decisions that make the risk to reward ratio in your favour. When you’re trading, you always have to trade with an edge. You can’t get to the point where you are simply making gambles, but rather you must repeatedly put yourself in favourable risk-reward situations. While you can never predict with certainty a move in a stock or market, you can limit yourself to the best setups. Charts and price movement represent the emotions of the herd and it is a trader’s job to analyze those emotions and position themselves on the correct side.

To win in games or investing, you have to be at least one step ahead of your counterpart. Many successful names believe that playing poker is the best off-time activity to improve investing skills. Some well-known names who play poker are Jack Ma, and David Einhorn, co-founder of the hedge fund Greenlight Capital. So start playing Poker, but play at good place.

How Poker helps an investor

The perception around poker in India is changing rapidly and people are accepting it as a Game of Skill. But is it really correct to say that playing Poker can make you a better Investor?

Ability to read the market

A successful investor must know to read the markets based on the all round happenings in the economy to chart out his strategy for the future. He should have knowledge about the market and skill to gauge trends of the market. On the same lines a poker player also keeps an eye on and is able to read opponents’ actions, cards that might be drawn and strategy the players will employ.

Warren Buffett has proved that investment requires patience and can take years to yield any tangible results. The key to success is to stick around and persevere. On the same way, a successful poker player is the one who is focussed on long term goals and is patient. It is this skill that plays an important role.

A good investor knows the fundamental analysis and technical analysis for their stocks. On the same lines, a good poker player knows the odds, outs and is good at number crunching. champion at the end of India Poker Championship 2020

Rubin Labroo was crowned as the national poker champion at the end of the India Poker Champion held in January. He outlasted a massive 693 entries to emerge victorious. He has been a prolific player in the domestic and Asian circuit but this IPC Main Event win in Goa is by far his best live score. Aside from the big money prize for the title victory, Labroo also took home some terrific add-on prizes – a sponsorship worth `20 Lakhs from SpartanPoker.com, a limited edition MS Dhoni Panerai luxury watch worth `6.67 Lakhs and a beautiful gold Main Event trophy. The India Poker Championship (IPC) is India’s biggest and most popular tournament poker event. The mission is simple – provide Indian poker players with a world class poker experience. IPC has become a stepping stone to propel Indian players to great success on the world poker circuit.

Keeping emotions in control is important in both investing and a game of poker. A lot of poker players get angry or frustrated when they are losing in short term and it ends up costing them dearly. 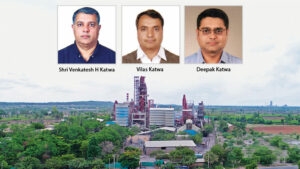 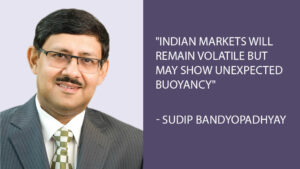