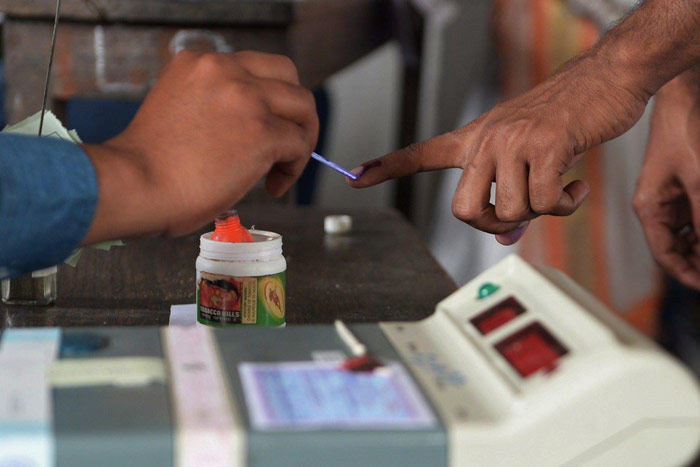 The corona virus pandemic and the subsequent lockdown willshed

global growth by about 5% this year that would further acutely tilt the balance towards “haves” away from “have-nots” and bring people’s lives and livelihood to a new normal low in the world that has just become more fragile. The old Leftist economic models which governed the world in the past half century will have to give way to new models which combine sustainability and controlled greed in a greater responsible capitalism.

The global pandemic has established that nothing is sacrosanct in this world anymore, especially post-covid-19 and once-in-a-century paradigm shifts in socio-economic behaviour could be all sudden, swift and also tragic. The world is changing: From the roaring and soaring beginning of the new millennia, new Cold War is triggered between the US and China, the two biggest economic powers – almost certainly in a staggered manner bringing to life the prophecy of George Orwell’s Oceania and the Eastasia in The Nineteen Eighty Four.

This pandemic is no longer just biological — it’s now geopolitical, financial, socio-economic and atmospheric, too. And we the global citizens will have to suffer increasingly lasting consequences. In pursuit of seeming quick-fix and short term efficiency mirage, the world today stands exposed to weak buffer structures that are not only less resilient and robust to withstand but spread the shocks everywhere. Governments have lesser and lesser fiscal policy space and scope to contain the adversity, but rather amplify its tumorous growth.

The world is now suffering as a result of the malfeasance of the Chinese government. Chinese cover up of the Wuhan virus allowed the disease spread all over the world instigating a global pandemic that has cost more than 100,000 American lives. Countless lives have been taken and profound economic hardship has been inflicted all over the world….The world needs answers from China… The death and destruction caused by this is incalculable.
– Donald Trump

Covid-19’s long term social and political implications could be severely devastating as it could alter the voting pattern favouring right-wing parties in many countries, small or big, advanced or under-developed. People hit hardest by the disease and who received lower government scheme support have higher propensity to revenge vote that could de-stablise ruling governments, sometimes even calling elections before schedule. Freebies doled out to pacify the citizenry cannot be precisely administered, nor its results easily quantified. Such forced and violent change-in-guard makes situations worse and traumatic for future generations putting them in a more disadvantageous position.

The pandemic is the flashpoint of world demand for inspection of the laboratories that are alleged to have biological weapons of mass destruction while containing the trade deficit and China’s increased military ambitions in the South-China Sea are near term goals of the US.

The meaning and scope of uncertainty will now have new connotations, filled with utmost fear. From all accounts, the new Cold War labelled as the Third World War by many strategists, is going to be very lengthy and extremely painful slashing by several notches the living standards of millions, pulling the middle-class down to poor. While having assurance of the “whatever it takes” political policy intervention; the unpredictability of its desired outcome is very high, evidenced by the cobra effect in almost all the public policies they pursue. “Governments around the world have no compunction about conspiring against their citizens,” James Rickards notes in The Road to Ruin. This uncertainty and unpredictability of the outcome has the ability to dangerously delay and cloud individuals’, companies’ and societies’ responses further compounding the hardships and spreading misery far and wide.

The contraction of India’s gross domestic product (GDP) by about 8-10% during the fiscal year 2020-21 will take away more than past two years’ earnings in real terms. The re-set in plain terms for individuals and families means they must have to work at least that much longer to achieve their former financial goals. Else, the goals of these poor people will tragically have to be redraft lower. For the next two years, the GDP won’t return to pre-pandemic levels and public debt will increase sharply this year as government deploys trillions of rupees in fiscal stimulus to mitigate the impact while working with lower revenues and much higher health-care and social spending. The resultant sovereign credit rating downgrade by the international rating agencies will increase the cost of capital denting Indian competitiveness in the global markets as also lead to depreciation of the local currency.

The mountain of debt will pile up more, and push its height further up, making it difficult and harder to scale as the government press works overtime to print ever more money that is increasingly worth less and less. That is the only thing under their control in such crisis times when the exchequer’s revenue collections see unprecedented collapse during the lock-down and the need for money more urgent than ever. The inflation monster that remained coiled for the last decade lulled people in believing that the devil was almost dead. But, sure it’s not. Despite policy makers’ sweet talk, the combined blades of increased taxes and money supply and supply shortages due to lock-down will only rub the old lamp rough and hard and bring the inflation genie out. Nobody would like it and most won’t be prepared to fight it. Project delays, lower capacity utilisation, Non-Performing Loans and bankruptcies will only make matters worse.

Post Covid-19, for the very young minds, the Real, Augmented and Virtual realities get blurred. Primary education will see metaphoric transformation as children may never go to schools that may no longer be required anymore there by transferring a huge social burden from the government infrastructure. By 2025, in the five short years, young children will be accustomed to receiving online education at home as reality becomes virtual and virtual gets augmented. Long term benefits of this education revolution and resultant financial literacy and people empowerment can only be measured in the years and decades to come.

The lock-down trauma, fickle jobs in towns and government’s increased social welfare spending will trigger reverse migration of labour and change decades old demography of towns and villages. Villages that used to export migrant labour to cities will now look to absorb them locally in agriculture and self-employment. Along with work-from-home and study-from-home, this would also necessitate changes in construction industry standard regulations requiring bigger houses to accommodate study-cum-office room. The impact of this will be seen for the years to come in residential and commercial real estate prices in tier-II, III cities.

While the pandemic has disturbed the equilibrium of the past few decades, and will disrupt further by increasing uncertainty and volatility in various spheres of socio-economic life of Indians, the pandemic’s positive all-round impact will only accelerate digital revolution bridging the urban and rural divide.