Asset Prices and the Importance of Luck 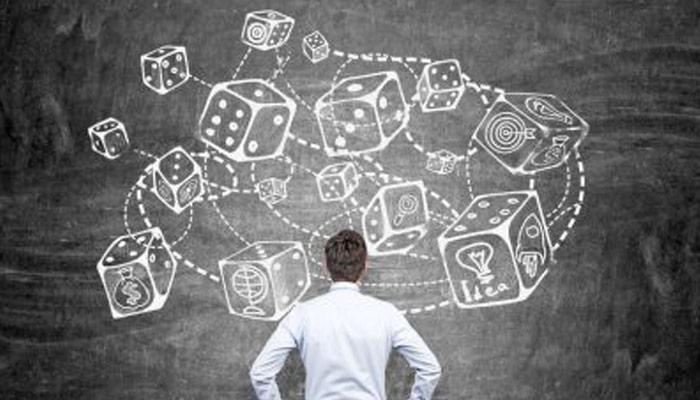 In the finance world, price is everything. But what is it? And what drives the price? The answer can be simple and complex. A simple answer is that price is driven by the supply and demand – or in a simpler term, it is just buying and selling of the asset. An investor’s buying and selling determines the price at a given moment and then follows the time to form the price for various cycles. So, if the answer is so simple, where is the complication? If you just look at the price from the statistical perspective – just as a number, it is completely random. You can’t predict the next number! Numbers are very irregular, there is no pattern that you can draw, and therefore we can’t predict the price of stocks.

Another interpretation of this non-linear mathematical interpretation is that random numbers (prices) are governed by the motion or in computational finance it’s called deterministic chaos. It is difficult to predict the inherent motion of this chaotic system, but it is not unpredictable. Let me explain this. The biggest problem in forecasting the asset prices neither lies in the difficulty of building an appropriate economic model, nor in the fluctuation of asset prices, but in describing the dynamics of the real world. The better the economic simulation model is, the more chaotic the results are! In simpler terms, if you try to control multiple variables in your model, your result will be much more complex, so how about rather than controlling the variables, you try to assess the motion of the model itself!

Chaos is mainly related to self-reinforcement which leads to the self – similarity! Consider that A leads to B, B leads to C, and C leads to A, which is simple positive feedback. Prices are repeating patterns in a certain way, but they are not the same. It’s hard to predict the inherent motion of a system, but it’s not unpredictable. It means you can be reasonably sure about the movements of short term asset prices but you can’t predict the long term movements. Taleb has said that if the cost of failure is too great to bear, it doesn’t matter what the probability of success is. So, how to approach the asset prices statistically? In the long term, it’s not viable and for the short term, you can’t predict the trend accurately.

For a moment, let’s approach asset prices as fate – or statically let’s call it randomness. Everyone is working towards the pursuit of what they desire – money, power, status, prestige, and so on. We try to generalize about what successful people do, trying to understand the success formula so that we can copy them in our life. In the investment field, it is also very much the same. We try to copy the investors like Warren Buffett but we forget that there are no definitive rules of success in the investment world. For example, we can keep gathering the necessary information about the next bet and information keeps pouring in… We just don’t know when to take a bet. There is always something going on either in the external environment or in the company itself! You come to the conclusion but now the price is not in your favor! How to deal with this dilemma?
It’s like you may not succeed when you work hard, and sometimes you work hard and end up with things that don’t matter anymore! You criticize yourself for thinking you’re not smart enough to work hard, that you think you can control the final result, but in the end, we all have to be judged by fate/randomness. Taleb has mentioned that on the day of the execution, put on the best clothes and stand straight and show a sense of pride, to leave a good impression in the heart of the firing squad!

When you lose money in a trade or your economic model doesn’t work, be more polite to yourself and your family, don’t be angry with yourself, don’t blame anyone for your fate (and randomness of the market), not even yourself! If you have less business, don’t bend

your knees right away. Business is small, but your attitude remains the same.
The only thing fortune can’t control is your actions!