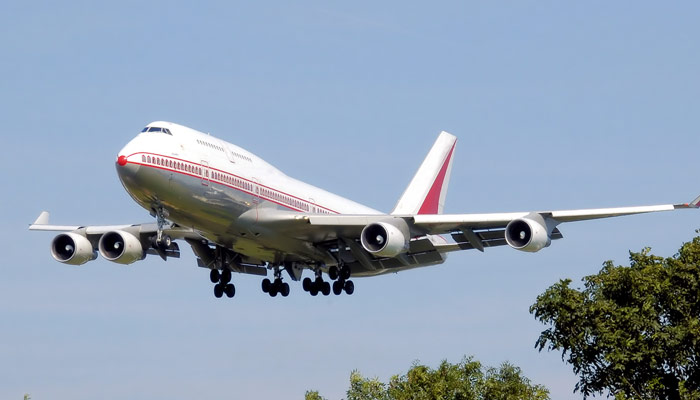 Certainly the year 2020 has become a miserable year for airlines and epidemic dilemmas, travel constraints, border blockages, quarantines or isolations brought an unforeseen termination to a decade of happiness. The International Air Transport Association has already sketched the grim picture and according to its report worldwide air companies expected to lose approximately 85 billion dollars in this year for a net loss margin of around 20 percent. In addition, the report of the association predicts revenues to fall from 838 billion dollars to 419 billion dollars, passenger revenues will be about a third of 2019 level, passengers numbers will be nearly halve to 2.25 billion which would equate to an average net loss of 38 dollar per passenger. Thus financially 2020 will go down as the nastiest year in the history of aviation industry.

To rub salt in the wound, sequence of plane crashes brought bad times and jerking moments for both the airline entities and its insurers. In January 2020, Iranian Islamic Revolutionary Guards shot down Ukraine’s Boeing 737-800 after its take off from Tehran Imam Khomeini International Airport. In February 2020, Pegasus Airlines’ Boeing 737-800 skidded of the airstrip while landing at Turkey’s Istanbul-SabihaGökçen International Airport. In May 2020, Pakistan’s Airbus A320 crashed in a thickly inhabited residential area of Karachi. Many people were killed and aircrafts were destroyed in all these ill-fated incidents.

Regrettably, in August 2020 the Air India Express Boeing 737-800 became the victim of unlucky event. The aircraft skidded off the table-top airstrip and went down thirty five meters slop. Many people were killed and aircraft was gravely wrecked. Consequently, along with the public sector insurance conglomerate headed by New India Insurance which reinsured the risk overseas, global reinsurers will have to reimburse more than 90 per cent of the insured value of the star-crossed plane that was destroyed in the catastrophe. Many insurance partakers sense that premiums may get elevated in the next fiscal year due to increase in the calamities. This is a grave concern for half-dead airline industry.

New India Assurance Company Limited, Allianz Global Corporate & Specialty, AON Global India, Farsight India Wealth Management and Emedlife are the few companies offer aviation insurance to customers. Though the claim process for aviation insurance is quick and hassle free, number of documents such as aircraft details document, flight details document, details of the crew members, documented proof of the accident, information on aircraft’s maintenance and engineering and documents of operational manual passenger have to be submitted for the settlement. In the present scene, there are many aviation policies that are making their presence felt with attractive features, viable cover plans, and a lot more.

Airline industry not on cloud nine

According to a survey in London, as a result of the deadly coronavirus pandemic the aviation segment holds the hugest risk of corporate default. Moreover, due to major portion of the operating costs namely aircraft leasing, maintenance and fuel overheads are paid in American dollar, Indian airlines are twisting and turning at a time when rupee has devalued by approximately 6 per cent since January 2020.

Insurance industry is badly affected by the change of winds since 2017. They suffered huge insured loss of 130 billion dollars because of severe hurricanes, wildfires and other natural adversities. They thought that aviation books are not burnt by these unlucky events and decided to tighten the rules for them. Insurance premiums were increased when contracts came up for renewal and renegotiation. It is very difficult for the aviation insurance consumer to admit these sky-high rates with more strict underwriting guidelines. It is significant, however, for aircraft owners and operators to keep in mind that the long-term health of the aviation-insurance industry is at stake.

According to the report of insurance industry officials as a result of weak cash flows many airlines have necessitated policy renewals and new policy purchases postponed by three months to twelve months. They have also demanded waiver on renewal of insurance policies and 30 to 40 percent lower premiums. They are also looking to better the terms and conditions with their insurers as well. On the other hand during financial year 2019-20, the premium from sales of new pure aviation policies stood at approximately Rs.687 crore, which was roughly 24 per cent higher than about Rs.556 crore collected by the insurers in the previous financial year.

These higher insurance costs unfortunately came at a time when loss ratios were increasing, leading to a lack of profits. Many insurers have stiffened underwriting strategies and are now refusing risks they would have quoted in the past. Large number of aircraft owners will find that there is less elasticity on recurrent-training necessities, more unwillingness to over-insure hull values and offer high liability edges, and less attention from underwriters when there is any loss history on an account.

Five years ago, in 2015, the Directorate General of Civil Aviation made it compulsory for pilots to undertake psychiatric test before takeoff as any failure to pass the test could lead to cancellation of flights and claims. This has increased the burden for the airline industry already confronting greater cost of insurance after a Malaysian Airlines flight disappeared over South China Sea.

Look at Air India: Having approximately 170 aircrafts in its kitty, Air India has adequately been covered by insurance policy that includes aircraft or hull and liability for third party and passengers. Consortium headed by New India Insurance retained only 5 per cent of the risk and 5 per cent of the risk has been reinsured with General Insurance Corporation of India. Balance risk of 90 per cent lies with the global reinsurers and American International Group is the prime underwriter. Due to complete damage of Flight IX-1344 and keeping the obligation to pay lifeless passengers in mind, Air India hopes to recover the entire insured amount. Even industry experts are of the same anticipation as the plane cannot be revamped. The flight has been reinsured for Rs.375 crore and about 30 million dollars have been paid by the company while renewing the policy in April 2020.

Happy beginning of insurance claim settlement may not bring happy ending. Because of depreciation and related notional expenditures the ill-omened plane would be around or less than the original cost. Reinsurers will definitely consider this along with other details relating to the disaster before resolving the claim. Furthermore, Air India may have to spit out more insurance premium when it renews the cover in future. While a small number of insurance participants believe that since the global accident tendency has been mostly steady and the crash may not increase the insurance premium burden throughout the industry, many antagonistic aspects have already doubled the Air India’s insurance renewal cost for the previous fiscal years.

To conclude, insurers should comprehend the rigorousness of the scenario and must be sympathetic towards the aviation industry. They should also understand that airlines are streamlining their fuel, staff overhead, leasing overhead and depreciation, maintenance and airport and other service provider charges by ending unprofitable operation routes, curtailing their fuel consumption, decreasing staff costs, requesting lessors to alleviate payment terms, reducing maintenance costs etc. Taking note of their financial well-being and cash reserves insurance companies should support the airline companies. Nevertheless airline insurers have a commitment to their shareholders to undergo stern scrutiny in order to abate a situation where they might face increased credit risk and debts, they should slacken few footings for the troubled and distressed industry. They may have to accept a lower expectation of fiscal year 2019-2020 premium. This will definitely bring good times and both can relish their flying times by sitting securely in the cockpit.

(Writer is a tax specialist, financial adviser, guest faculty and public speaker based in Goa. He can be reached at [email protected])