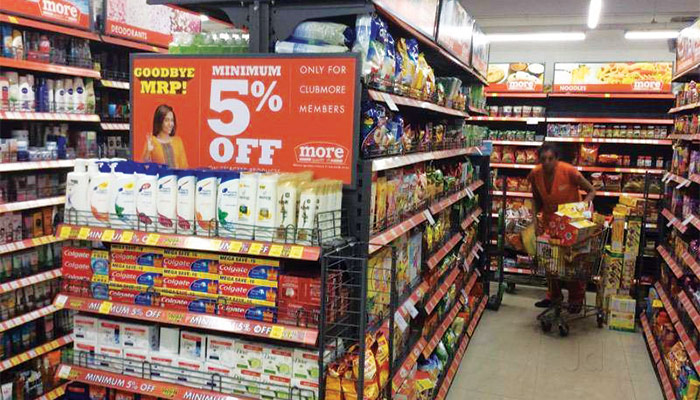 Winds of change are blowing. Yes, we can feel it everywhere. Few rise against the wind like kite. However, many genuflect to the winds of change like one of the pioneers of retail industry who was once renowned as India’s Retail Monarch.

Kishore Biyani, popularly known as KB, counted as the innovator of modern retail in India who gave the

opportunity to the masses to experience convenience shopping is eventually bowing to the winds of change blustering across the sector, bequeathing the domination of what he fostered for 33 years. Due to dramatic reversal of affluences, Biyani who commenced his business in 1987 by introducing ‘Manz Wear’ which later espoused brand name ‘Pantaloon’ has decided to surrender the crown jewel of the Future Group by selling his retail business to tycoon Mukesh Ambani’s Reliance Retail, in a Rs.24,713 crore deal.

The jumbo transaction, which also comprises the wholesale, logistics and warehousing segment of the Future Group, will surely bolster the status of Reliance Retail in the retail sector. The platform seems to be set for a taut battle between Amazon or Flipkart and Reliance Retail for the Indian e-commerce sector. The Future Group owns many prominent retail setups, such as supermarket chain Big Bazaar, high-class food stores Foodhall and bargain-basement clothing chain Brand Factory. Reliance Retail and Fashion Lifestyle Limited, a wholly-owned subsidiary of Reliance Retail Ventures Ltd will acquire the retail and wholesale section and the logistics and warehousing division will be transferred to Reliance Retail Ventures Ltd as a part of the deal.

The deal will add 1,800 outlets of Future Group’s Big Bazaar, FBB, Easyday, Central, Food Hall layouts that are stretched in over 420 cities in India to Reliance’s footprint of 10,900 stores across groceries, electronics and other structures. It is also cash flow positive for Reliance as the entity is receiving Rs.30,000 crore business for an initial investment of Rs.24,000 crore and additional investment. With this Reliance Retail will emerge as the major grocery player in India with close to Rs.65,000 crore of business. Along with front-end-stores the organization is also acquiring backend for retail which is extremely important to have the aptitude to make margin out of it.

What next for retail industry?

Retail is now trendy space and many more actions could be witnessed. The sector is in the solidification level. However, India’s retail market is highly disjointed and subjugated by corner stores or kiranawallas. There is large scope for the topmost retailers to increase their market share from the present 5% to 12% in the next ten years.

Consolidation in any industry is welcome and can be a good thing. Noticeably future of retail industry is carving up at present. It is the time to level the playing ground. Regulatory overseeing should frame and impose strict rules network neutrality, fair rules for data sharing and equitable treatment of all customers to maintain healthy competition in the sector. Although Amazon has a stake in Future Group, Reliance Retail sealed the deal. Also, Walmart’s cash-and-carry business in India is being reverse-merged with Flipkart, Walmart’s subsidiary in India. Both these developments are an outcome of regulatory restrictions on foreign direct investment in retail.

Domestic players cannot employ the kind of financial resources that its online opponents Amazon and Flipkart can, in their retail business operations. Division of retail into online and physical is a regulatory set-up that obliges to famish physical retail of the advantage of foreign capital on par with online retail. It also confines domestic players in the field to really large companies like Reliance, which can mobilize similar financial assets.

Retail is progressively a business in which the skill to examine data and project tastes and tendencies and personalize advertising will deliver the competitive edge. What this means is that minor players can endure only if they are very quick and can make smart use of the multitude of technology firms that severally provide the dissimilar facilities needed for such analytics that huge, tech giants combine under a single roof. Communications and data contribute to supply chain management proficiencies in defining success. This is where network neutrality and a rational policy on data become key elements of impartial play in retail.